On its 75th anniversary, Philip Weir remembers Britain’s first attempt to smash a major hydroelectric dam: the bombardment of Genoa in 1941. 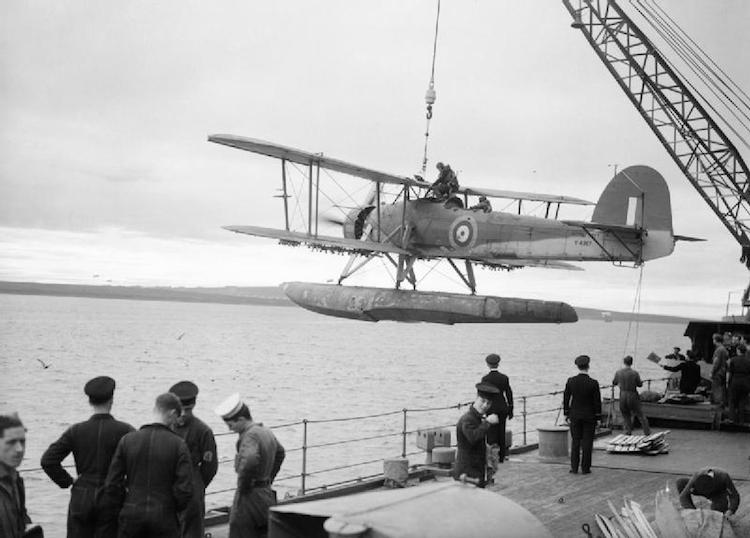 By the beginning of 1941, the war in the Mediterranean was going badly for Italy. Despite some early successes, particularly in Somaliland, in Libya, its 10th Army had been devastated by a British counteroffensive that looked like it might even kick Italy out of North Africa entirely; its invasion of Greece had been pushed back into Albania, while half of its battlefleet had been put on the bottom of Taranto harbour in a devastating attack from the Royal Navy’s Mediterranean Fleet aircraft carrier, HMS Illustrious. British motivation to maintain the pressure only increased when news began to reach London that the Germans were preparing to send an expeditionary force into the Mediterranean to shore up their troubled ally.

The British therefore acted with remarkable speed. In just two weeks, one of the most ambitious operations attempted by the Royal Navy during the Second World War was put together by Vice Admiral Sir James Somerville, commanding the Gibraltar-based naval squadron, Force H. So, at 5.55am in the morning of February 2nd, 60 miles off the Sardinian coast, eight Fairey Swordfish torpedo bombers of 810 Naval Air Squadron, led by one of the Fleet Air Arm’s great characters, Lieutenant Commander Mervyn ‘Johnnie’ Johnstone, staggered off the flight deck of the Royal Navy’s most famous aircraft carrier, HMS Ark Royal, and headed for their target.

Their target was the enormous Santa Chiara dam on Sardinia’s Tirso River. Holding back Lake Omodeo, Europe’s largest man-made lake, and supplying around a third of Sardinia’s electricity, the Tirso dam was one of the biggest projects in Italy’s great programme of hydroelectrification. It was a major strategic target and a great source of Italian national pride.

Unfortunately for the British, the weather was filthy. Three aircraft, including Johnstone’s, simply failed to find the target. The rest met fierce anti-aircraft fire. One Swordfish was shot down as soon as it dived below the cloud, its crew taken prisoner. The remaining four, led by Lieutenant David ‘Feather’ Godfrey-Faussett, braved the defences in broad daylight to drop their torpedoes into the water in front of the dam from just 60 feet, while flying at 90 knots. Their bravery was to no avail however, for after the last weapon had been dropped, the great dam still stood. To compound this disappointment, the weather further deteriorated as Force H ploughed on towards its next target, this time on the Italian mainland itself, and by the end of the day, Somerville was forced to turn and head for home.

Determined to complete at least the second part of his operation, Somerville put Force H to sea once more and, at dawn on February 9th, arrived off the Italian coast. This time, the weather was not an impediment and once more, heavily laden Swordfish took off from Ark Royal, 14 of them going to bomb the huge oil refinery at Livorno. Another four Swordfish headed to drop mines at the entrance to the Italian Fleet’s new main base at La Spezia to try to bottle them up and prevent them interfering with Force H’s withdrawal.

However, Ark Royal’s aircraft were not the only weapon Force H would deploy this time and, although vital in its own right through its role supplying Italy’s (and soon Germany’s) armies in North Africa, Livorno was not the key objective. That was Genoa, Italy’s biggest port, containing a wealth of targets of great importance, from ships within the harbour itself, through the fixtures, fittings and great warehouses of the dockyard, to the armaments factories and shipyards of the industrial giant Ansaldo and the big railway marshalling yards that fed the port and its industries. The heavily modernised battleship Caio Duilio was also there, in dry dock undergoing repairs to damage suffered at Taranto.

Now just ten miles offshore, Somerville’s flagship, the battlecruiser HMS Renown, the battleship HMS Malaya, cruiser HMS Sheffield and their destroyers turned their great guns on the port and poured shell after shell into Genoa. ‘For half an hour we blazed away’ Somerville wrote to his wife, ‘and I had to think of Senglea, Valetta, London and Bristol etc., to harden my heart… it is no use pretending that some innocent people were [not?] killed. War is lousy.’

Malaya’s massive 15in shells smashed into the city’s cathedral, where it remains to this day, its non-explosion taken as a sign of divine deliverance.

Italy had been humiliated once more. Not only had a British aircraft carrier again got close enough to launch a damaging air strike on the mainland, but worse, a force of British battleships had actually managed to sail within plain sight of the country’s largest port, bombard it with their guns and then escape scot-free, returning to Gibraltar without damage, despite the best efforts of the Italian air force and fleet.

All this just days before Mussolini was to meet General Francisco Franco in the town of Bordihgera, not far up the coast from Genoa, to try to persuade his Spanish counterpart to join the war on the side of the Axis.

Yet, though widespread, the material damage was superficial. In some respects there had simply been too many targets for the small British force available to effectively attack them all. Of the 40 or so merchant ships hit, only five were sunk. None of the various port, industrial and transport infrastructure targets – notoriously difficult to destroy anyway – received enough damage to be knocked out for any great length of time. Despite the fires, the Livorno oil refinery was just too big to be destroyed by the small number of Swordfish sent to attack it with their comparatively lightweight bombs. The mining operation at La Spezia missed the Italian fleet, which sailed before the Swordfish arrived. Finally, Caio Duilio had been missed entirely, obscured under smoke from the oil fire. Without destroying what were realistically its two signature targets – the Tirso dam and Caio Duilio – Somerville’s operation lacked a material result to match its audacity, and so has remained comparatively obscure: a good operation, rather than a memorable standout, along the lines of Taranto, or the RAF’s 1943 Dambusters raid, which it had the potential to match. 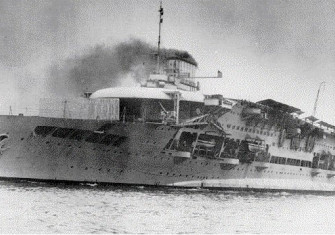