Curiouser and Curiouser: The Case of Lewis Carroll

The screening last week of a new BBC documentary, The Secret World of Lewis Carroll, attracted eye-catching headlines: ‘The Victorian Jimmy Savile’ and ‘repressed paedophile’ being among the more dramatic examples.

Presented by journalist Martha Kearney and timed to mark the 150th anniversary of the publication of Alice’s Adventures in Wonderland, the documentary explored the controversy surrounding Carroll’s friendship with children and his obsession with photography.

The question that has dogged Carroll’s more recent biographers is one mired in Victorian sensuality and sexuality. Are the photographs he took of young girls simply, as he maintained, an exploration of innocence? Or is there a darker, more dangerous motivation behind them?

The programme makers have a clear agenda: to make their viewer aware of the possible subtext behind Carroll’s work and attempt to provide the evidence for it. Interestingly, almost all the experts interviewed either deny or were noncommittal on their interpretation of the evidence for Carroll’s supposed sexual deviance. The only person who seemed in agreement with the idea of Carroll’s paedophilia was the author, Will Self, who, in surprising contrast, has written of his own anger at the perceived culture of paedophile hysteria, which caused him to be questioned by police while out for a country walk with his son.

The idea that the third most quoted literary work in the world, behind only Shakespeare and the Bible, was authored by a man harbouring a dangerous intent towards his young friends is obviously an attractive prospect for television. But, in a world where history is presented as popular culture, just how accurate do programme makers need to be?

Martha Kearney makes it clear that she does not want to believe the rumours surrounding Carroll and the young Liddell girls. We are told not to judge the Victorians by the morals of today; that the age of consent was only 12; that there was a Victorian photographic school that focused on the depiction of nude children. But this is all done with a firmly persuasive hand, impressing on you that while we may not be able to prove Carroll definitely was a paedophile, we also can’t definitely prove that he wasn’t either – and this question hangs over the entire programme, constantly returned to by expert and fan alike.

So where were the revisionist historians? The Karoline Leaches, The Jenny Woolfs? Both authors have, in new studies into the ‘Carroll Myth’, exposed our reliance on the biographers of the 1930s who, in an attempt to play down Carroll’s relationship with young women, reduced the age of his young friends to such a degree that their – and his – innocence would supposedly be assured. They did not expect, it seems, that, to modern biographers, this merely served to further enflame the rumours surrounding Carroll.

To help their case, the producers ignored specific contextual information. There was no mention that Carroll became friendly with the Liddells through their son, Henry, rather than the three girls, or that in 1857, six years before the supposed break with the Liddells that anti-Carrollians take to be a sign of his inappropriate behaviour, Carroll recorded in his diary that his friendship with the children had resulted in rumours of a supposed attachment to their governess, Miss Prickett. He is mortified and records in his diary that he has resolved not to see the children again.

There was no mention either of his donations to charities that rescued and aided children who had been sexually exploited. Although this new research has only been recently revealed by Jenny Woolf’s 2011 book, The Mystery of Lewis Carroll, it was well known to the programme’s consultant, Professor Robert Douglas-Fairhurst.

The sudden shoe-horning in of a photograph held in a French archive at the very end of the programme smacks a little of desperation, a desire to prove unequivocally that Carroll’s relationship with at least one of the Liddell girls was not wholly innocent. As the interviewed experts were not invited to comment on it, the programme ends with the uncomfortable feeling that no matter what we may want to believe, Carroll’s world was not the innocent childlike wonderland he would want us to imagine. However, the programme makers have again left out a key piece of information. Carroll stayed in contact with the Liddell girls for many years, even sending their mother a heartfelt inscription to the 1886 edition of Alice’s Adventures Under Ground which read: 'To Her, whose children’s smiles fed the narrator’s fancy and were his rich reward: from the Author. Xmas.' The crushing ‘break’ seems to have little to no lasting effect.

Popular culture is dangerously good at historical myth making. If recent research is to be believed, Carroll’s perceived paedophilia seems to have little scholarly evidence. Although this documentary raises important questions about Carroll and Victorian ideas of innocence, childhood and sexuality, it does so on scant evidence and fails to fully engage with the record of Carroll’s own diaries and the personal testimonies of those around him.

Fern Riddell is a contributing editor at History Today. 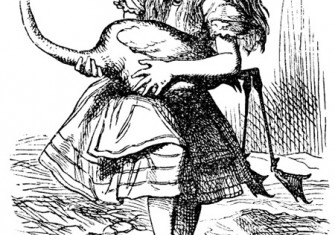 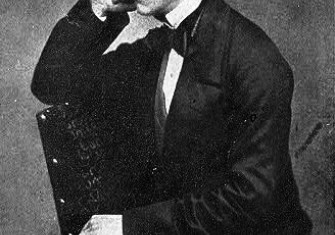