Peacemaker or warmonger: history has awarded the former epithet (albeit ill-fated) to Woodrow Wilson, but here Christopher Ray looks at how the President performed as head of the services in conflict and at his relationship with America’s generals 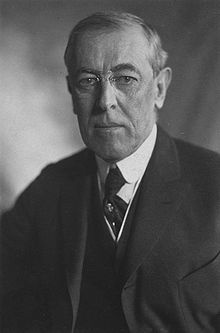 In the American era of 'Progressive' reform, President Woodrow Wilson was widely regarded by many contemporaries as the very embodiment of pacifist sentiment, and was often criticised for this by political opponents. Despite this, however, his tenure in office witnessed more military interventions abroad than at any point in the history of the nation. If he appeared to abhor advance military-planning, then nevertheless he used the armed forces of the United States 'is a tool of foreign policy to an unprecedented degree.