Aram Bakshian tells the story of the peasant carpenter who became a brilliant guerrilla leader and national hero, and who struggled to wrest a free Armenia from Turkey and Russia in the aftermath of the First World War.

Gardens Old to New World - and Back Again

National Trust work to restore the gardens of Stowe

Putting the 'H' in Stonehenge

Christopher Chippindale on a Stonehenge for all seasons.

Ann Hills gets to the bottom of heritage whodunnits in Shrewsbury.

Richard Hodges looks at the Pompeii controversy and asks if Britain does any better.

Richard Cavendish finds plenty to chew the cud on, courtesy of the BAHS

Why did Germany declare war on the US in December 1941? Nicholas Henderson considers motives and consequences in the days before and after Pearl Harbor.

Capturing the spirit of America - Erin Cho looks at the building blocks of American childhood and the objectives of their creator. 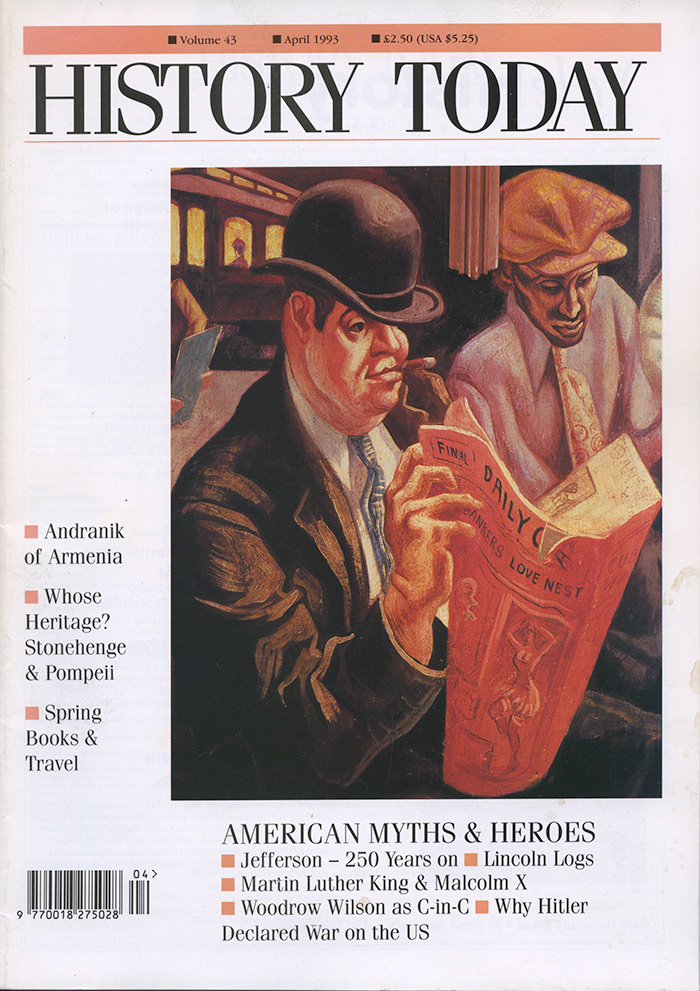