The Vanished Churches of the City of London 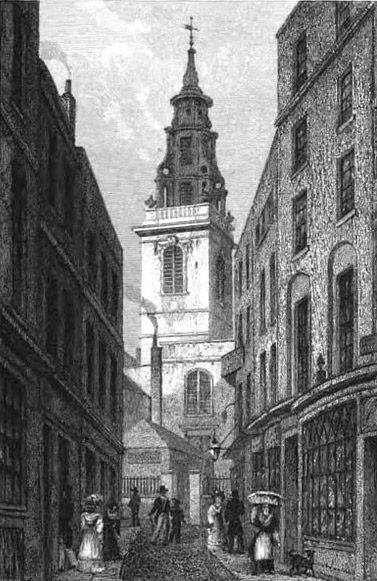 The city of London – originally the only London – has always been distinguished by its many parish churches. It is the chief example – Norwich and York being others – of the peculiarly English custom of dividing cities into many small parochial units. At the Great Fire of 1666, there were 97 churches within the walls and ten in the 'Liberties’, which together make up the present City of London; this figure of 107 represents the number of parishes that still nominally remain in the City. But 35 Churches were not rebuilt after 1666, when 86 were burnt out; and since Wren's time 25 were demolished before 1940, leaving 47 to face the raids. Of these 47, 18 were gutted or destroyed in the war, including 15 of Wren's. Twenty-nine still stand either intact, or, if gutted, capable of restoration, including 16 designed by Wren.