A Touch of Charles II

The belief that a king’s laying on of hands could cure the disfiguring disease of scrofula gained new heights of popularity during the Restoration, as Stephen Brogan explains. 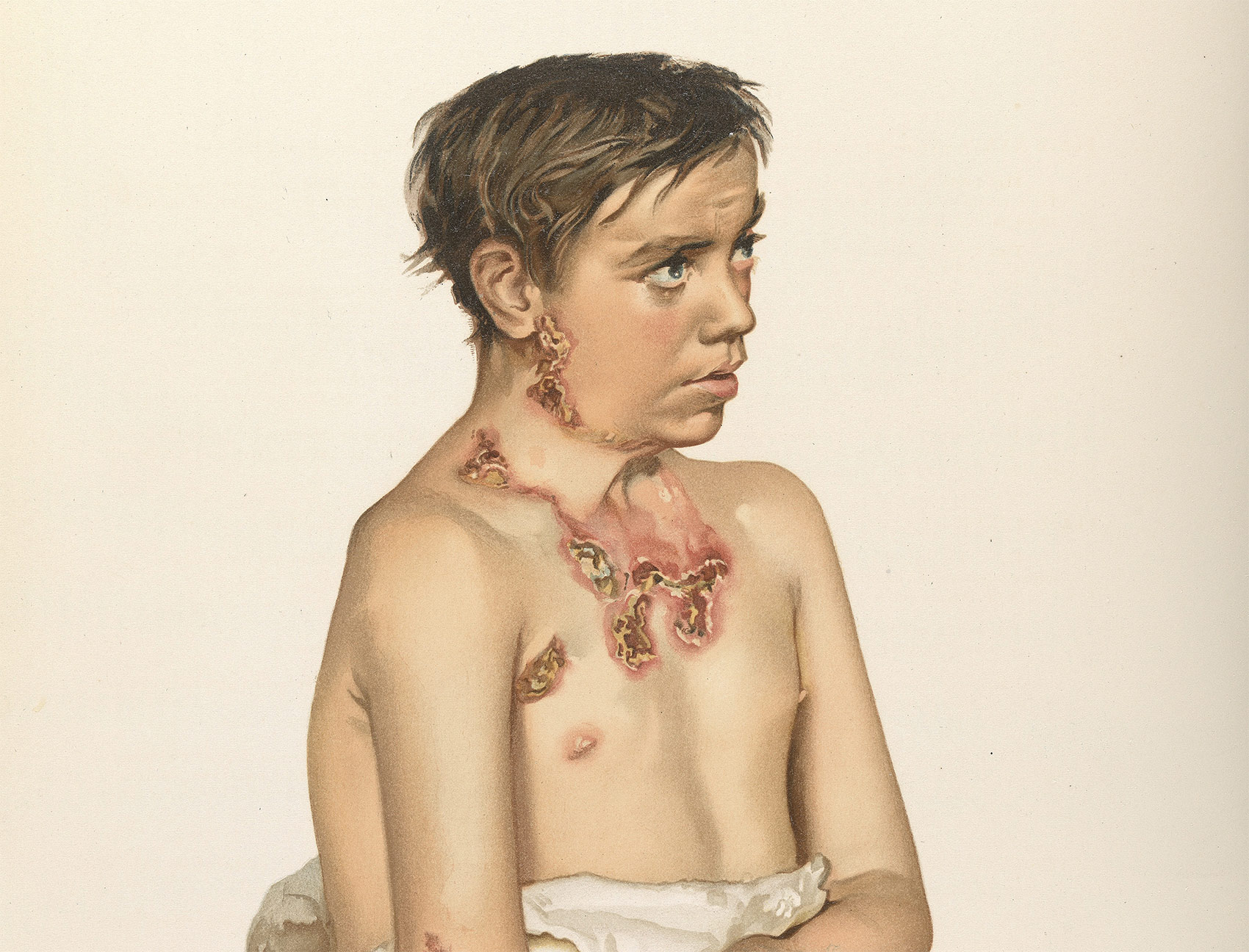 The most detailed book on scrofula and the royal touch published during the early modern period was the lavishly titled Adenochoiradelogia, or an atomick-chirurgical treatise of glandules & strumas or, Kings-evil-swellings: together with the royal gift of healing. Scrofula was known as the king’s evil: ‘evil’ means malady and it was the king’s because, it was believed, his physical touch could cure it. Adenochoiradelogia is a Greek neologism meaning ‘the healing of glands’. Written in English and published in London in 1684, the book’s author was John Browne, surgeon-in-ordinary to Charles II. Browne was a competent naval surgeon who had worked at St Thomas’ Hospital, where he became the first medical practitioner to describe cirrhosis of the liver.