Andrew Allen looks at one of the bizarre fairground attractions of Georgian England and the fate of its practitioners. 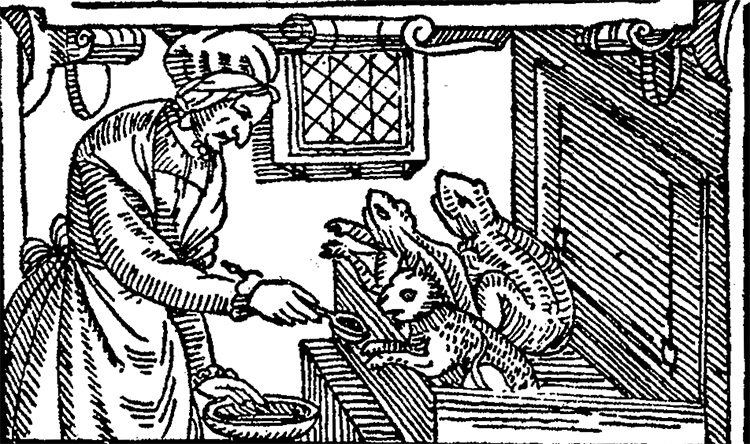 No fair in 17th or 18th-century England was complete without a toad-eater or 'Toady': a man who swallowed live toads for his living. Toad-eaters, for the most part, were ill-paid hirelings who travelled from village to village, fair to fair, and market to market in the retinue of a mountebank or itinerant quack doctor 'swallowing live toads, popularly supposed to be poisonous, in order to make their employers effect seemingly miraculous cures'.

After the toad-eater had swallowed a toad, slumped to the ground or to the boards of the mountebank's stage in a theatrical faint, had a dose of the quack's cure-all forced through his dying lips and come back miraculously from the threshold of death, the triumphant mountebank would make his way through the gaping, gawping, gullible crowd doing good business selling little vials of his marvellous remedy with its proven powers against poison. The operation could, it seems, be a lucrative one for the mountebank, if not necessarily for his toad-eaters, witness this entry in the diary of the East Hoathly (East Sussex) mercer Thomas Turner:

In the afternoon my wife and I walked to Whitesmith to see a mountybank and his toad-eaters perform wonders, who has a stage built there and comes once a week to cuzen a parcel of poor deluded creatures out of their money by selling his packets, which are to cure people of more distempers than they had in their lives for 1s each, by which means he sometimes takes £8 or £9 of a day.

While, as this and most other references to toad-eating suggest, toad- eaters were a typical part of the entourage of buffoons, juntos and dependents attending a mountebank, toad-eating might also be practised by quacks, charlatans or saltimbancos to impress or entertain a crowd and demonstrate their immunity to poison. Here, for example, is Gilbert White of Selbourne, Hampshire, from his Journal of June 1768:

And I well remember the time, but was not an eye witness to the fact (though numbers of persons were), when a quack of this village ate a toad to make the country people stare; afterwards he drank oil.

Before the 18th century was half way through toad-eater had taken on its secondary meaning 'fawning flatterer, sycophant, creep' ('toady' and the verb 'to toady' coming into use rather later, towards the end of the 18th and during the 19th centuries) as Fielding writes in David Simple, 1744:

David begged an Explanation of what she meant by a Toad-Eater, and Cynthia replied 'it is a Metaphor taken from a Mountebank's Boy's eating Toads, in order to show his Master's skill in expelling Poison. It is built on a supposition that People who are in a State of Dependence, are forced to do the most nauseous things that can be thought on to please their Patrons'.

Here are some further examples of 18th-century usage; 'I have got Charles into such order that he toad- eats me beyond conception' (Lady Lennox, Life And Letters, 1766); 'There is no man who eats Pitt's toads with such zeal, attention and appetite' (Lord Bulkeley, 1788) 'the delight of being toad-eated by all India from Cabul to Assam' (Stan- hope's Pitt, vol. III, 1799); 'The Beau- clerks, Lord Westmorland, and a Mr Jones his tutor or toad-eater were of our party' (Duchess of Devonshire, 1776): 'I toad-eat a little cur that is here, only because his name is Raton' (Lady S. Bunbury, 1767).

Though there are many passing references to toad-eaters in 17th- and 18th-century sources, there is little that provides insight into some of the things one would most like to know about toad-eating; notably a problem that has exercised toxicologists with a knowledge of toad venoms – whether toad-eaters really did swallow toads?

No source from this period that I have seen explicitly raises the possibility that toad-eaters may not have swallowed toads (though a doubt on this point may be hinted at in the Gale quotation below) – that it might all be sleight of hand deceiving the eye – and several of the accounts by observers who were close to toad- eaters suggest (but cannot be taken as proof) that toad-eaters really did swallow their toads. Here, for example, is the Suffolk diarist, John Rous (1584-1644), writing in 1629:

I inquired of him if William Utting the toade-eater ... did not once keepe at Laxfield; he tould me yes, and said he had seene him close by eate a toade.

And here is an extract from the journal of Walter Gale, schoolmaster of Mayfield, Sussex, on August 3rd, 1758:

Master Eastwood, who had been at Frantfield Fair, came to the school: He invited me to the Oak, and treated me with a mugg of fivepenny. Confirm'd he had stood close and seen the mountybonk's Jack-pudding swallow his toad, but his seeming dying and wonderful resurrection to health a trick to gull the poor and credulous.

If one accepts, as such accounts suggest, that toad-eaters did swallow toads, this raises intriguing problems – because toads really are very poisonous. The warty skin of the common toad is a marvellous miniaturised munitions factory producing a battery of irritants, hallucinogens (e.g. bufote-nine, one of the active ingredients of the witch's mind-altering potions), and heart-stopping cardiac glycosides up to fifty times more potent than digitalis (bufadienolides such as bufotalin). When the toad is attacked by a rat, a. fox, or a dog, for example, muscles around the warts contract, squeezing out acrid milky venom. The dog, if it is not deterred by the odour of venom, seizes the toad and immediately drops it, heart-pounding, foaming at the mouth, and whimpering with anguish; and, if it has any sense, learns the lesson it was intended to learn: this animal is taboo! I have not come across any accounts of dogs dying as a result of biting English toads, but there are many records of dogs dying after biting European toads of the same species or the pan- tropical Bufo marinus.

As long ago as Roman times, women were using toads to poison their husbands. The method of extracting the venom was to throw live toads into a pan of boiling water. The venom came to the top and could be skimmed off. By the 16th century Italian poisoners had perfected a method of incorporating toad venom into salt that could be sprinkled onto a victim's food without detection.

In Europe – though not, so far as we are aware, in Britain – witches' potions were sometimes made by sweltering toads with fat in a stewpot. The ointment this yielded was worked into sensitive areas of the skin, allowing slow absorption of the mind-altering delirifying hallucinogens, dopamine, adrenaline, and bufotenine/serotonine. The witch who worked sweltered toad venom into her skin really did, with the help of a little auto-suggestion, find herself shape-shifting into a familiar, or flying through the night sky on her broomstick. The potions were never broths to be taken internally, because the witch who drank a broth made from toads would have risked dropping dead.

This knowledge about the toxicology of toad venom provokes a couple of questions about: the practical aspects of toad-eating. First, how were toad-eaters able to swallow toads when the toad's poisons are there precisely to prevent swallowing – by any predator, whether a rat, a cat or a toad-eater – and, from the evidence of biology and natural history, are very effective at preventing swallowing? Victorian scientists who bit on, or tried to swallow, toads in the interests of science experienced immediate, unbearable symptoms (shooting pains in the head, numbness of lips and tongue, uncontrollable flow of saliva, delirium, nausea, juddering heart, chest pains) and concluded that it would have been physically impossible for toad-eaters to swallow toads.

The answer, I suspect, is that the toad with its equable temperament only sweats poison when it is desperately frightened, when approached or bitten by something which is obviously a ravening predator. Toads never sweat poison when handled gently by kindly gardeners or pet keepers. The first art of toad-eating must have consisted in pampering the toad, bringing it gently up to the lips, and then swallowing it down all of a sudden before it could become alarmed and sweat poison.

Second, having swallowed his toad, why did the Toady not drop down dead from heart failure? Biochemists – interested in the applications of bufadienolides in treating heart disease (the ancient Chinese used an extract of toad venom known as ch'an su to treat heart disease, in the same way as we use digitalis) – have worked out the concentrations of bufadienolides in toad venom, the doses of orally administered bufadenolides which can be safely administered to patients, and the doses above which lethal effects become likely. The results suggest that a fit, young Toady who swallowed a single small toad after a good meal was running relatively little risk (at worst he might end up feeling sick and have a terrible headache), A Toady with a pre-existing heart condition who swallowed a small toad, or a healthy Toady who swallowed a large toad or two or three small toads in a short period, however, risked an unpleasant demise.