A Short History of Byzantium

Liz James celebrates the Eastern Empire’s artistic heritage and its pivotal role in shaping Europe and the Islamic world of the Middle Ages. 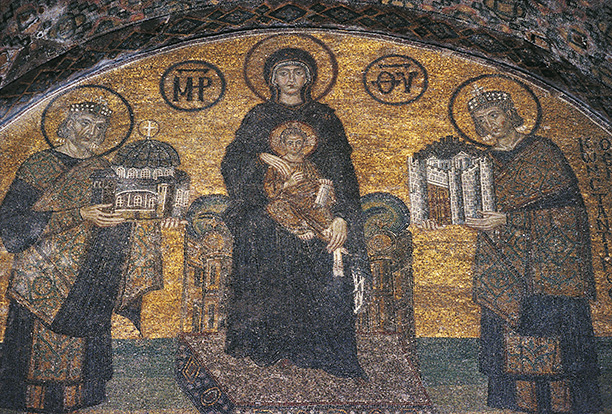 ‘Constantinople is a very hard word; how do you spell it?’, the correct answer being, of course, that nobody could be bothered to spell it anyway: Constantinople was simply ‘The City’ and modern Istanbul reflects that as a corruption of the Greek phrase eis ten polin, ‘ to The City’.

The scale of responses to Constantinople and Byzantium vary from what my history teacher called ‘blank looks all round’ to ‘an empire steeped in vice and depravity’ (Gibbon, declining and falling) to lots of nice pictures with vaguely religious music behind them. It is long ago and far away from the staples of popular history: the Egyptians, the Tudors and the Nazis. And yet … Byzantium should not be ‘other’ to Europe; Byzantium shaped Europe.