The Roots of Vegetarianism

Derek Antrobus uncovers the origins of the Vegetarian Society.

The Vegetarian Society celebrated its 150th anniversary last year. ‘Veggies’ are often thought of as sandalled, bearded, middle-class and mainly southerners. But the modern vegetarian movement in Britain had its origins in the gritty industrial north and among working-class radicals. The Society was set up by a group of Salford activists.

Salford’s links with vegetarianism go back to 1809 when the Reverend William Cowherd established the Bible Christian Church as a breakaway from the Swedenborgian New Church in King Street, his congregation had to take a vow not to eat meat. Chapels were also established in Manchester at Ancoats and Hulme.

The central idea of vegetarianism – that there is a kinship of all nature – stretches back 2,500 years to the Greek philosopher Pythagoras. But Cowherd was in the right place at the right time to make it into a popular movement. 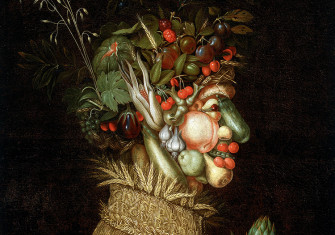 The Rise of the Flesh-Avoiders