The dark side of Harry Houdini. 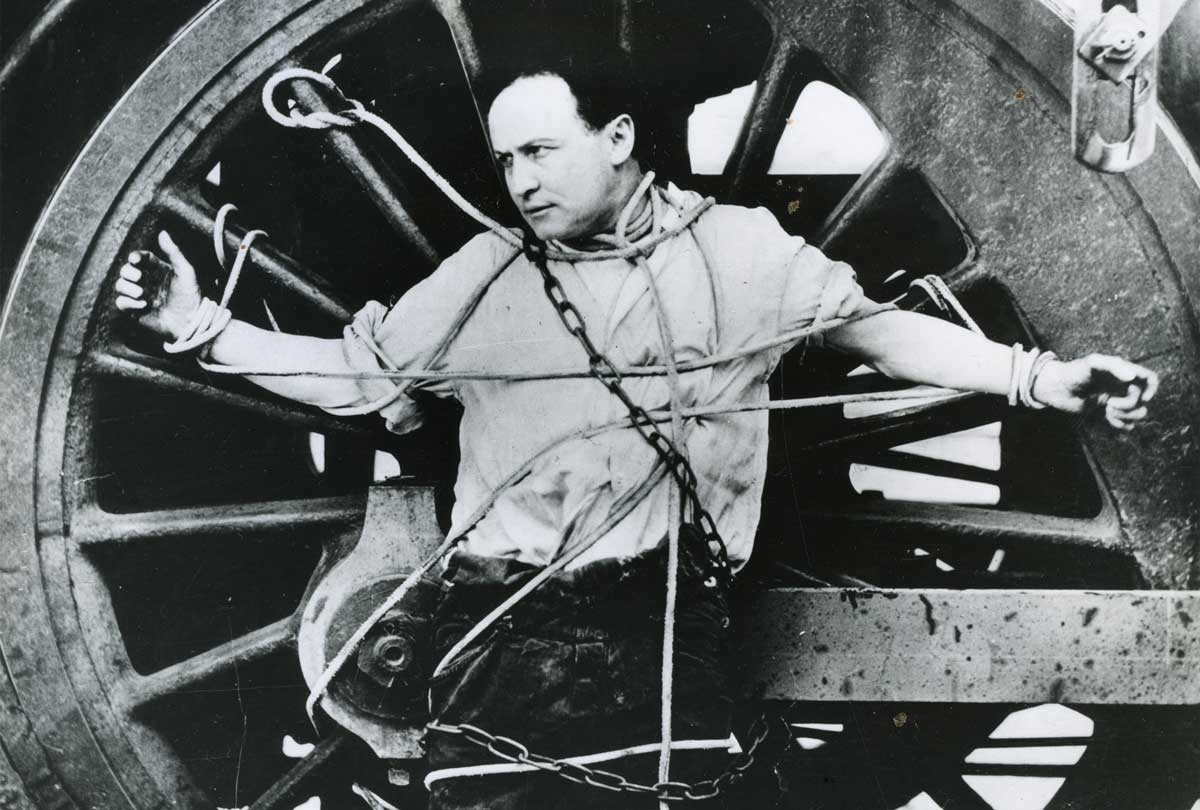 If someone is described as a ‘Houdini’ today, it usually means that person is adept at getting out of difficult situations. In a sense, that is what ‘Harry Houdini’ – born Ehrich Weiss to an impoverished rabbi and his wife in Budapest –sought to achieve when, as a young man, he emigrated to the United States. Like many Jewish immigrants, he tried to find his place through assimilation into American society. He transformed from Ehrich to Ehrie to Harry, his impetus to make the big time emerging from dire poverty. After one of his brothers died at 12 of tuberculosis Houdini literally ran away to join the circus as a trapeze artist, appearing as ‘Ehrich, the Prince of the Air’.

Adam Begley points out that, as much as Houdini wished to distance himself from his roots, he was never allowed to forget who he was. His German Catholic mother-in-law refused to meet him for 11 years because ‘a Jew was a person of doubtful human attributes’. He mixed instead with ‘the circus freaks’ because, like him, they were outsiders. Houdini adapted Judaism to fit his Jewishness. After his bar mitzvah, he rarely stepped inside a synagogue, but always recited the memorial prayer, the Kaddish, for his father. Together with Al Jolson and Irving Berlin, Houdini formed the ‘Rabbis’ Sons Benevolent Association’ to raise funds for the Red Cross during the First World War. All three could be defined by the subtitle of Begley’s book, ‘The Elusive American’.

Houdini discovered a fascination for escaping from seemingly impossible situations. In 1895 he amazed an array of bewildered policemen in Gloucester, Massachusetts by easily slipping out of one set of handcuffs after another. A visit to the New Brunswick Provincial Lunatic Asylum introduced him to the world of straitjackets – and how to leave them in under a minute.

Within a couple of years he had become a household name, admired by millions. He started to jump off bridges while handcuffed. The earliest footage of Houdini sees him jumping into the Erie Canal from Weighlock Bridge in Rochester, New York. A master illusionist, he appeared to be able to walk through brick walls and to make African elephants vanish in the twinkle of an eye.

In this revelatory book, Begley shows the dark side of this showman. He disliked competitors, possessed an outsized ego, could not abide criticism and was prone to extreme exaggeration. He was also an ardent self-promoter. In Paris, he hired seven bald men and inscribed a letter on each pate. He lined them up in a row in a Parisian cafe and told them to bow their heads to passers-by, who read ‘H-O-U-D-I-N-I’.

In Russia, he and his wife travelled as ‘a Christian couple’, fearful of antisemitism – it was the time of the Kishinev pogrom in 1903. Even so, he demonstrated how to escape from the Siberian Transport Cell, a vault on wheels, used to take prisoners to the permafrost. The advent of the film industry in the 1920s diminished interest in Houdini because skilful editing could also create wonderful illusions.

In 1926, he accepted a blow to the stomach from an enthusiastic student, rupturing his appendix. Unwell with a high temperature, he still went on stage. Peritonitis set in and Houdini died, aged 52, a few days later.

This book wisely does not answer the question of how he did it. Instead, it integrates the appeal of magic with the desperate attempts of poor immigrants to escape the chains of poverty. Houdini became a great escapologist, but escaping those chains was, perhaps, among his biggest feats.