The phenomenon of statue destruction in historical perspective. 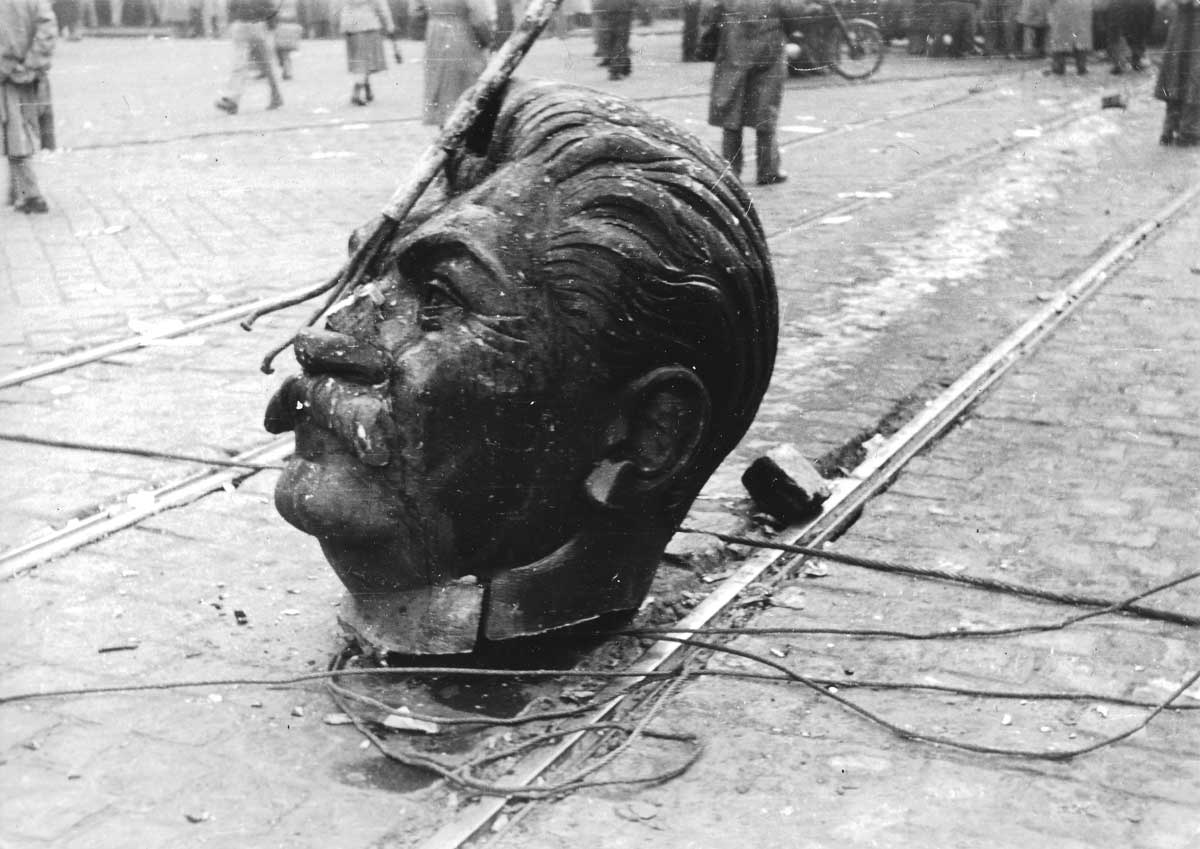 Last summer Black Lives Matter protests were widespread in the aftermath of George Floyd’s murder in Minneapolis and statues seen as symbols of racism or colonialism were torn from their pedestals, daubed with graffiti or quietly removed by the authorities in response. Fallen Idols is a timely book that puts the phenomenon of statue destruction in historical perspective.

Von Tunzelmann is well qualified to tackle the subject. As both a historian and a screenwriter of historical fiction, one side of her work involves ‘busting myths’ and the other making them, as she comments in her introduction. Our ongoing statue wars have exposed how monuments stand precariously on the faultlines of these two ways of understanding the past.

It would be hard to write about the subject at the moment without taking a political stance, particularly for a historian, since the nature of the discipline itself is at stake when the defenders of statues claim that calls to remove are tantamount to ‘erasing history’. Von Tunzelmann makes clear where she stands, demolishing that argument by pointing out that Germany has not forgotten the Nazi era simply because the country no longer has any statues of Hitler.

The book, however, is emphatically not a call to remove all statues, but an encouragement to think more critically about the complex and conflicting issues at stake in setting up and removing them and about how they work to shape cultural memory. Her subjects range in time from the 18th to the 20th centuries – though most of the episodes of statue removal date to the 20th and 21st – and span countries across the globe. These include individuals whose statues have loomed large in recent debates: Edward Colston, Cecil Rhodes, Robert E. Lee, George Washington, Leopold II and Saddam Hussein.

Von Tunzelmann’s lively writing does a good job of sketching the historical context of the monuments discussed. The text is littered with astute and often witty observations: that Queen Victoria’s statues are virtually indestructible because her short height and skirts give her a pyramid-like form that won’t easily topple, for example. Von Tunzelmann persuasively shows that many fallen statues, especially those of the Duke of Cumberland, Rhodes, Colston and Leopold, were controversial even when they were erected, a powerful corrective to the argument that we should not judge historical figures by modern standards.

The case-by-case approach means that there is little explicit comparison of how statues were experienced differently in the various historical contexts examined. For instance, the oppressive ubiquity of statues of living rulers in the dictatorships discussed – not Nazi Germany, but Stalin’s Russia, Soviet Hungary, Saddam Hussein’s Iraq and, possibly less familiar to most readers including this one, the horrific rule of terror of Rafael Trujillo in the Dominican Republic – would surely have made these monuments feel rather different from those of distant imperial overlords and dead kings and benefactors discussed in other chapters. Von Tunzelmann also alludes only briefly to the ways portrait statues in India might have been affected by the country’s rich tradition of religious statuary and to how millennia-old sculptural traditions of Mesopotamia made statues more acceptable in Iraq than in other Islamic states. The book, however, certainly prompts reflection on these issues.

Christopher Dickenson is a lecturer in Ancient History at the University of Groningen, and is the editor of Public Statues Across Time and Culture (Routledge, 2021). 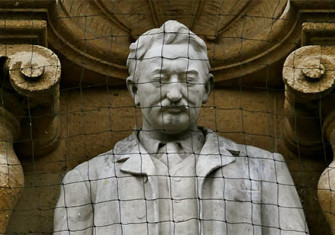