Religion and the Decline of Magic

The importance to historians and anthropologists of Keith Thomas’s Religion and the Decline of Magic, ten years after its first publication.

Book reviewers sometimes applaud a book as a masterpiece; occasionally they herald one as a seminal work which will have an enormous influence on the way we will perceive a subject in the future.

Yet rarely is this influence assessed subsequently: once acclaimed on publication, a book is hardly ever written about individually again.

So, as well as reviewing recently published books, History Today intends to include an occasional series on books of major historical importance, to re-examine their reputation and consider the impact they have made in the years since their first appearance.

Ten years ago, Keith Thomas’s book Religion and the Decline of Magic was published. This year, the publishers, Weidenfeld and Nicolson, are re-issuing it in its fourth impression. Dr. Paul Slack of Exeter College, Oxford, discusses the book’s importance to the historian. Whilst Dr. Alan Macfarlane of King’s College, Cambridge, assesses its impact on social anthropology. 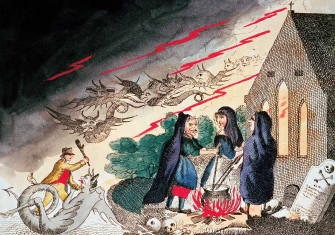 The Magic is Gone