The most famous product of Adriatic history is Venice. ‘The Most Serene Republic’ dominated the Adriatic for centuries until it was ended by Napoleon in 1797. Even as it slid into obscurity as part of Austria and then a united Italy, the city of Venice has continued to fascinate. It is difficult to find a major art gallery in the western world without a painting (or many) of Venice, once part of an essential artistic pilgrimage. Countless histories, travelogues and, more recently, cookery books continue to celebrate the history and legacy of La Serenissima.

Interest in the Adriatic as a single historical region has been less prominent. Indeed, Ivetic’s book is the first English-language study to be published. While for many the Adriatic may be defined primarily by Venice and the city’s cultural influence and heritage, Ivetic sees it differently. His history emphasises the peripheral nature of the Adriatic and how its presence at the crossroads of various states and civilisations has shaped the people who have defined themselves in reference to the sea, rather than as citizens of a single state.

In antiquity Adriatic shores were settled by Greek colonists and, as Rome expanded, it became a Roman lake within a wider Mediterranean Roman lake: Mare Nostrum, or ‘our sea’, as the Romans called it. With the collapse of the Western Roman Empire, the Adriatic as we know it today began to take shape. For centuries after this collapse the Eastern Byzantine Empire held out on Adriatic shores, slowly receding in the face of successive invasions by Slavic, Germanic and Turkic tribes in Italy and the Balkans.

These invasions caused many Latin urbanites to flee to lagoons, islands and fortified towns along the Adriatic coast. Out of this sprung Venice, as well as the Republic of Ragusa, based in what today is Dubrovnik and modelled on the Venetian Republic, as well as the Latin presence across Dalmatian and Istrian towns and islands. Concurrently, this produced the Slavic eastern Adriatic hinterland that evolved eventually into the nations of Croatia, Slovenia, Bosnia, Serbia and Montenegro.

It was a rocky road, however. The total destruction of Byzantine power came at the hands of the Ottomans, who quickly became the dominant power in the Balkans and Venice’s main challenger in the Adriatic. Similarly, the rise of the Habsburgs also brought Austria to the Adriatic shores that then came to act as an imperial borderland. And a civilisational borderland, too, as the eastern Adriatic found itself in the position of Antemurale Christianitatis: a bulwark of Christendom.

In the 19th century the Adriatic became a space for the projection of romantic nationalism. From the west it was the notion of a new Italian ‘Mare Nostrum’. From the east it was competing Slavic national projects that saw in the eastern Adriatic and its craggy coastline a natural western border. In two world wars Italy fought to bring the Adriatic under its control, in the end losing almost its entire maritime presence.

During the Cold War the Adriatic – like the rest of Europe – was divided into east and west. On one side stood a new capitalist and democratic Italy, on the other Tito’s non-aligned socialist Yugoslavia and Enver Hoxha’s Maoist Albania. The Serbian desire to build a Greater Serbia on the eastern Adriatic out of the rubble of Yugoslavia brought bombs raining down on Dubrovnik, nicknamed the ‘Pearl of the Adriatic’, from 1991 to 1992.

It was a symbolic end to Adriatic history. Of course, history will continue to be written along the sea’s coasts, but it will be history of a different kind. For the past century the story of the Adriatic has been one of littoralisation, of political, cultural and economic weight moving away from the sea, not towards it.

Over the longue durée, Venice is just another transitory element in Adriatic history. But perhaps it is the best example of the fate of the Adriatic as a whole. Venice has become little more than an open-air museum. Ivetic laments that the fate of the Adriatic might be similar, with the sea and its coastline becoming a product sold to tourists in the sweltering summer heat. Or, perhaps, a new chapter in the Adriatic’s history is imminent with a new united Europe turning towards its waters once more.

History of the Adriatic: A Sea and its Civilization
Egidio Ivetic
Polity 380pp £25
Buy from bookshop.org (affiliate link) 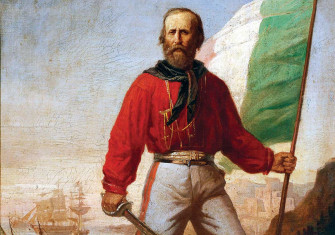 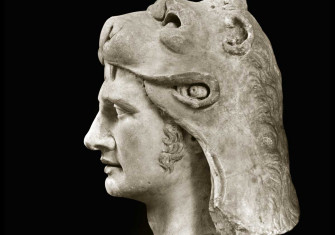