Surveying the world of Late Antiquity from its Persian centre. 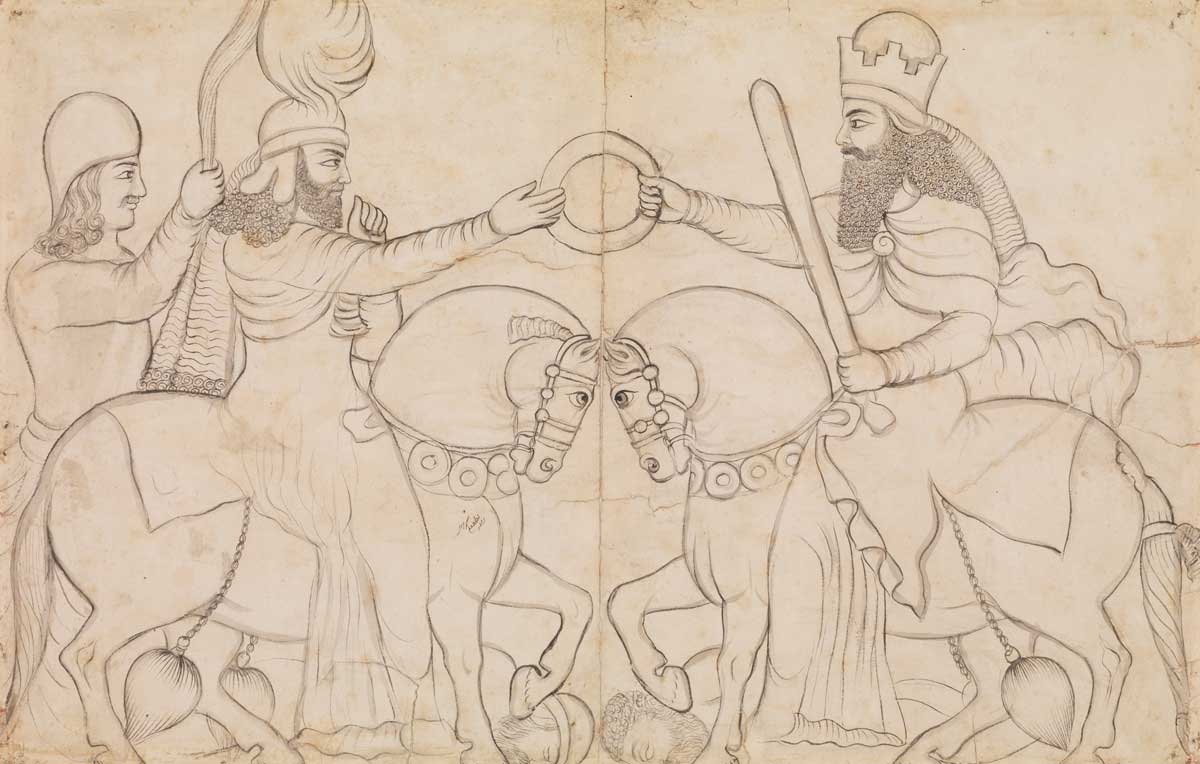 In recent years concerted efforts have been made to ‘globalise’ the study of the ancient and medieval worlds and to ‘de-centre’ the role of Europe in pre-modern history. Students of the period between the third and seventh centuries have every reason to regard such trends with some puzzlement, for they have long known (since at least the publication of Peter Brown’s The World of Late Antiquity in 1971) that for much of its history the true centre of gravity of the West Eurasian world lay not in the Mediterranean, but in Persia.

From the early 220s to the Islamic conquests of the 630s and 640s, the lands that now comprise Iraq and Iran constituted the heartlands of the Sasanian Empire. From their capital at Ctesiphon (roughly 20 miles from Baghdad) the Sasanian shahs surveyed wide political horizons: to the west they viewed their chief ‘civilised’ rival, the Emperor of Rome (ultimately ruling from Constantinople); to the south and east they were deeply involved in the affairs of the Arabian world, the Persian Gulf, the Red Sea and the Indian Ocean; to the north and north-east, they vied for control of the Caucasus and confronted the nomadic empires of Central Asia, such as the Huns and Turks, who threatened to overwhelm their realm.

They received diplomats and envoys from the barbarian kings of Europe, while sending their own envoys to the Tang emperors of China. In the sixth century, a Roman commentator regarded this empire as standing at the centre-point of the world. Indeed, in the 620s the Persian shah Khusro II almost captured Constantinople and was on the verge of destroying the Roman Empire. What would have happened had he succeeded remains one of history’s great counterfactual questions.

Accordingly, it should not surprise us that the Sasanian shahs possessed a rich and complex ideology. They regarded themselves as the lords of Eranshahr, supreme masters of the ‘Middle Clime’, to whom the princes of all mankind were meant to make obeisance and pay tribute. As custodians (and codifiers) of the ancient Zoroastrian religion, they depicted themselves as the defenders of the divine principle of order, represented on earth by the settled, urbanised, populations of Iran, locked in conflict with the barbarous nomadic rulers of the realm of Turan, who embodied the principle of chaos and thus represented their cosmological antithesis. The first ‘holy war’ of the early Middle Ages was not the jihad ordained by Muhammad: rather, it was the Sasanian struggle against the empires of the Eurasian Steppe.

In The Last Empire of Iran, Michael Bonner has written an admirably lucid, insightful and comprehensive narrative history of the rise and fall of the Sasanian Empire. The lightness and elegance of his prose belies the great scholarly effort which underlies it. He has drawn on sources in Latin, Greek, Persian, Armenian, Arabic and Syriac (as well as Chinese sources in translation) and makes excellent use of the information provided by archaeology and coinage. Bonner is also constantly careful to reveal to the reader the evidential base on which our knowledge of the Sasanian world depends, and the problems and peculiarities of the sources concerned. On subjects ranging from the impact of bubonic plague in the sixth and seventh centuries to the role of the Sasanians in international commerce, he has important and novel things to say. Anybody looking for an introduction to this fascinating lost world could do no better than start with this excellent book.