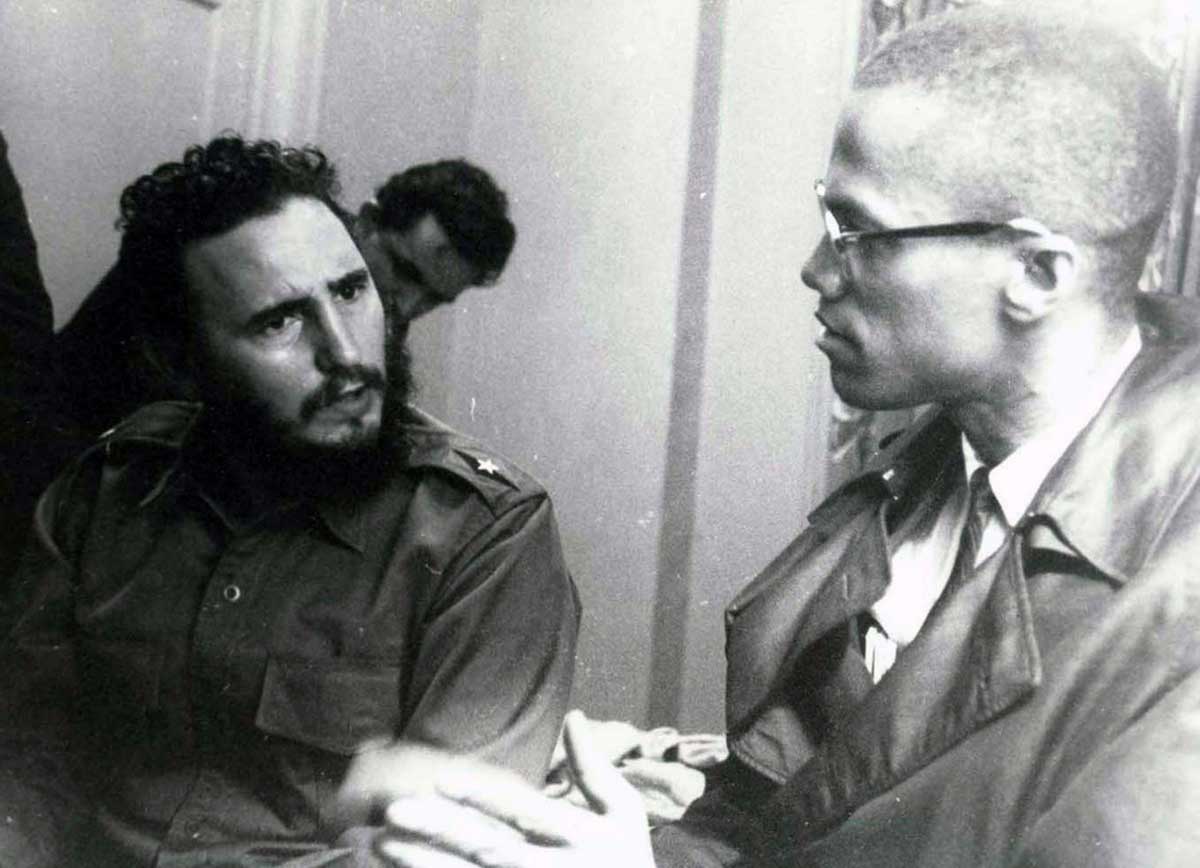 In September 1960 – in the second year of his rule and only seven months before the Bay of Pigs invasion – Fidel Castro travelled to New York. His visit included a landmark speech at the United Nations General Assembly and his first meeting with Soviet Premier Nikita Khrushchev. It was, says Simon Hall in Ten Days in Harlem, a critical point in the Cold War.

After a U-2 spy plane was shot down over the Soviet Union in May, East-West relations were deteriorating rapidly. At the same time, the  superpowers were closely monitoring the revolutionary policies being introduced on an island 90 miles from Florida. Castro had not yet declared himself a Marxist-Leninist, but since coming to power in January 1959 he had expropriated US-owned land, nationalised US oil refineries and signed a major trade deal with the USSR. Facing US economic sanctions, Castro wanted Khrushchev’s roubles. Khrushchev wanted Castro’s vitality.

Although supporters hung a ‘Welcome, Fidel’ banner from the Empire State Building and crowds gathered to greet him at Idlewild Airport, Castro also faced animosity. Effigies of the Cuban leader were burned and the New York police, fearing an attack on his life, forced his staff into an armed convoy as they drove from Idlewild. As Hall points out, it was a very different reception from Castro’s adulatory visit a year earlier when, hailed as a liberating democrat, he was given the ‘Key to the City’.

The Cubans (who made a late decision to attend the General Assembly) even struggled to find a willing hotelier. Thanks to the mediation of Secretary-General Dag Hammarskjöld, they were eventually offered plush accommodation in Midtown, three blocks from the UN headquarters. Instead, they decided to stay five miles away, in Harlem.

Harlem had been the centre of an African- American artistic explosion in the 1920s and 30s, but was hardly the sort of neighbourhood visited by foreign dignitaries. As Hall writes, by staying in Harlem, Castro was pointing out that ‘the stain of segregation was alive and well in the urban north, including in New York, one of the country’s most famous and important cities, and a citadel of mid-century American liberalism’.

Despite prominent campaigners from the National Association for the Advancement of Colored People and several hundred black Baptist ministers criticising Castro, Harlem’s greeting was overwhelmingly warm. The poet Maya Angelou recalled a crowd outside the Hotel Theresa ‘enjoying the Spanish songs, the screams of “Viva Castro”, and the sounds of conga drums’.

From his modest room at the Theresa, Castro welcomed many of the world leaders attending the conference – from Gamal Abdel Nasser and Jawaharlal Nehru to Khrushchev. He also hosted local radicals, most notably Allen Ginsberg and Malcolm X. The latter called Castro ‘the only white person that I have really liked’.

When Castro was not meeting guests or inviting the hotel staff to lunch, he was preparing for his speech at the General Assembly. It lasted four-and-a-half hours (still a UN record) and was described by one commentator as covering ‘everything except the dispute between Britain and Iceland over the sardine harvest’. Nehru appeared to fall asleep and even Celia Sánchez, one of Castro’s most trusted aides, muttered ‘Fidel is talking too much’.

Nonetheless, it was a triumph. Castro used the podium to champion anti-imperialism and affirm Cuba’s solidarity with the Global South. He may have alienated half the assembly (the hall was half-empty by the time he finished) but from that moment, Castro and Cuba had a worldwide audience. As Hall argues, together with his private meetings at the Theresa (significantly, world leaders came to him), Castro’s speech transformed him from a hemispheric presence into a global figure.

Although sympathetic, Hall questions Castro’s complaints over his treatment by officials in New York and places his trip in the context of his antagonism towards the US, Khrushchev’s de-Stalinisation reforms and the Nixon-Kennedy presidential election. But to say Castro’s sojourn in Harlem made the 1960s is a big claim. As regards the superpower confrontation, it sealed his Soviet pact – a pact that helped define the era’s fraught atmosphere and which reached its peak two years later with the missile crisis. But Castro was leaning towards Khrushchev before his trip to New York.

Carlos Franqui, Castro’s propagandist, described September 1960 as the beginning of ‘the honeymoon between Fidel and the Russians’. ‘Honeymoon’ is the perfect word. Over the previous year, the engagement and marriage were established. But more than the making of the 1960s, those ten days in Harlem were the making of a global Fidel Castro. 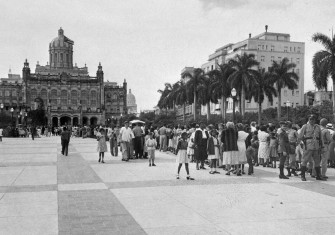 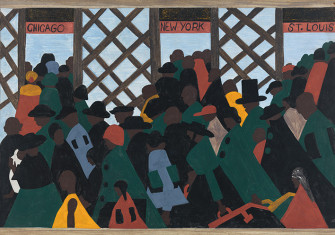 A History of the Harlem Renaissance