A History of the Harlem Renaissance

Ten key moments in the boom that changed African-American culture. 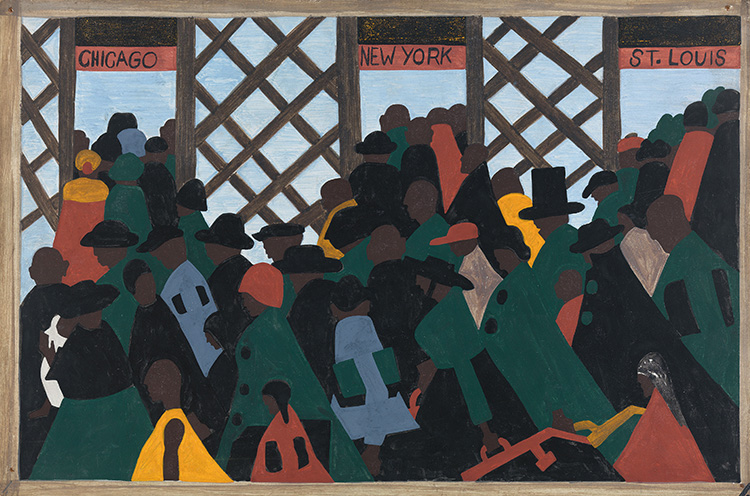 A combustible mix of the serious, the ephemeral, the aesthetic, the political, and the risqué, the Harlem Renaissance was a cultural awakening among African Americans during the 1920s and 1930s. Through literature, music, theatre, and the visual arts, the New Negroes, as they announced themselves, embraced the opportunities and challenges of the modern era. Although scholars continue to debate what it should be called, how long it lasted, and where it unfolded, the awakening left a lasting impression on the cultures of the United States, Europe, and Africa. What follows are some of its defining moments.

Jamaican-born Claude McKay published his poem ‘If We Must Die’ in response to the so-called 'Red Summer of 1919,’ when anti-black riots broke out across the United States. By making self-defense a measure of manhood (‘Like men we’ll face the murderous, cowardly pack,/Pressed to the wall, dying, but fighting back!’), the poem channeled the spirit of the New Negro. Despite its use of the Shakespearean sonnet form, the poem had an immediate impact on blacks who embraced it as a statement of their determination to resist oppression.

His contemporaries considered Jean Toomer’s Cane to be the literary masterpiece of the Harlem Renaissance. A mélange of poems, sketches, short stories and a novella, it painted a broad canvas of Negro life in the 1920s. It fused folk forms including spirituals and work songs and modernist techniques such as free verse, imagism, and stream-of-consciousness. Although the book was widely praised, it sold fewer than 500 copies. Increasingly, Toomer rejected the binaries of race in the United States, and by the end of the 1920s ceased to identify as a Negro. 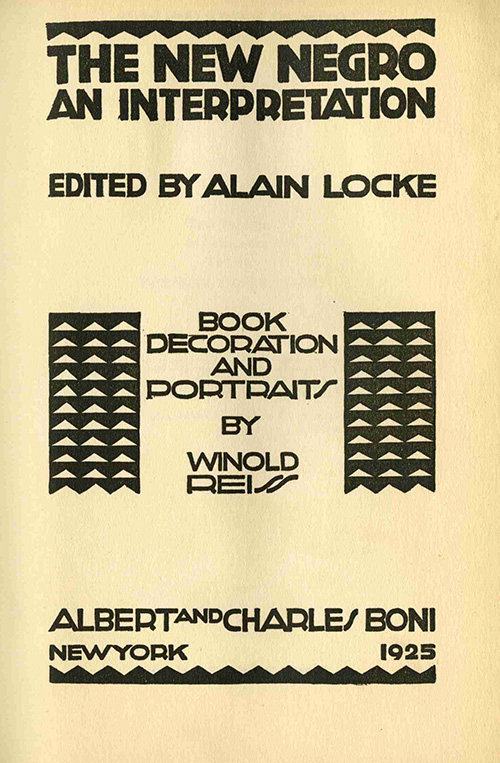 Edited by Alain Locke, the first black Rhodes Scholar and a professor of philosophy at Howard University, The New Negro announced the ‘spiritual emancipation’ of a people who had thrown off the stereotyped identities that were slavery’s legacy. Blacks had entered the modern world, as poetry by Countee Cullen, Langston Hughes, Claude McKay, and Anne Spencer, and short fiction by Rudolph Fisher, Zora Neale Hurston, and Jean Toomer demonstrated. Essays on drama, music, and sculpture argued for a multi-faceted cultural awakening, and articles by such leading intellectuals as W.E.B. Du Bois and James Weldon Johnson outlined a historical and social context that was both national and international.

Subtitled a Quarterly devoted to the Younger Negro Artists, Fire!! was intended ‘to scandalize [the] elders.’ Rejecting the project of racial uplift to which Locke’s New Negro was dedicated, these writers, including Gwendolyn Bennett, Hughes, Hurston, and editor Wallace Thurman insisted on their artistic freedom to write about such subjects as domestic abuse, homosexuality, and intra-racial prejudice. Beautifully produced, the magazine, illustrated by one of the period’s leading visual artists, Aaron Douglas, sold for $1.00, a handsome price in the 1920s. Its price and its subject matter insured its commercial failure, but it has attained legendary status. 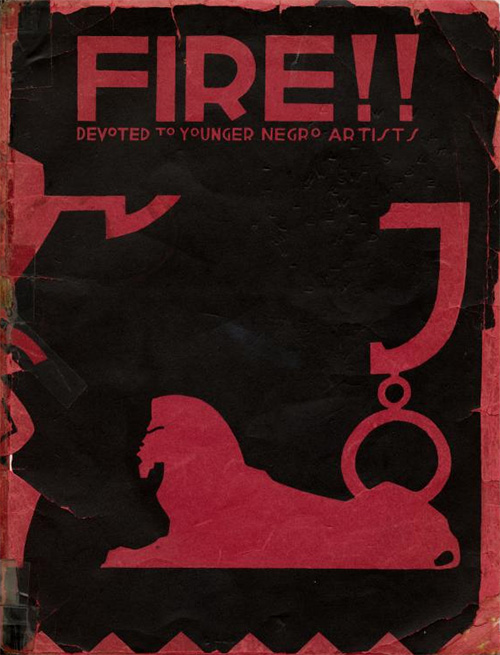 Langston Hughes’s first book contains some of his most famous poems including 'Dream Variations', 'Mother to Son,' and 'The Negro Speaks of Rivers'. The volume was an auspicious debut for a 24 year-old writer. The title poem, set against the backdrop of Harlem that would inspire Hughes’s imagination for the next four decades, introduced a new genre of poetry, which drew on the blues as a model of poetic meter, rhyme scheme, and structure. The blues offered a worldview as well, one that accepted death and trouble as facts of life that could not be transcended, but could be survived.

On December 4th, 1927, Duke Ellington and his orchestra began a career-making run at the Cotton Club, the legendary Harlem nightspot, where blacks were welcomed only as waiters and performers. The club’s décor juxtaposed images of the plantation south and the African ‘jungle’, but the elegantly dressed Ellington and his talented musicians including trumpeter Bubber Miley, trombonist Tricky Sam Nanton, drummer Buddy Greer, and singer Adelaide Hall played thoroughly modern music. Within months the orchestra became the first Negro band to gain national exposure when it began weekly radio broadcasts from the club.

Nella Larsen’s novel charts the journey of its educated protagonist Helga Crane from Alabama to Chicago to New York to Copenhagen and back to New York. Helga is at home nowhere. She attributes her sense of dislocation in part to her mixed-race heritage, but the novel offers multiple explanations, some stemming from the characters’ unique psychology and some from a society that defined black women in terms of racist and sexist stereotypes and primitivist myths. 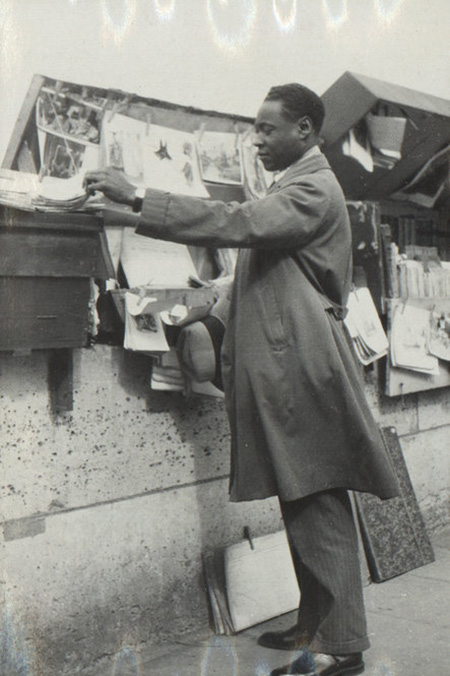 Claude McKay's Home to Harlem, the best-selling novel by a black author during the 1920s, depicted the underside of life in the so-called Mecca of the New Negro. McKay (pictured above) described it as a ‘proletarian novel', because it depicted the struggles of a working-class protagonist. It might be better described as an experimental novel that attempts to render the jazz-inflected life of Harlem in prose; its most evocative scenes depict jazz performances – the instruments, voice and dance. Its representations of sex and drug dismayed critics like Du Bois, who declared that he felt like taking a bath after reading it.

Although Sterling Brown was born on the campus of Howard University, his first book Southern Road is drawn from a careful study of rural black life. The title poem recreates the rhythmic meter of a work song. Another, ‘Odyssey of Big Boy,’ puts the heroic mantle of Odysseus on a black labour. A trickster hero, ‘Slim Greer,’ is the subject of a cycle of poems set variously in Arkansas, Atlanta, and Hell. Brown, like Langston Hughes, wrote blues poetry, but his were set in the rural south, as the title, ‘Tin Roof Blues,’ suggests.

Zora Neale Hurston’s novel was published past the height of Harlem Renaissance but it partook of its spirit and grappled with its concerns. Its protagonist, Janie Crawford, achieves selfhood by rejecting outmoded definitions of race and gender and her story is told in a language rich in the metaphor and simile that Hurston argued was characteristic of Negro expression. A phrase from the book – ‘words walking without masters’ – sums up the novel’s achievement.

Cheryl A. Wall is the author of A Very Short Introduction to the Harlem Renaissance (Oxford University Press, 2016).