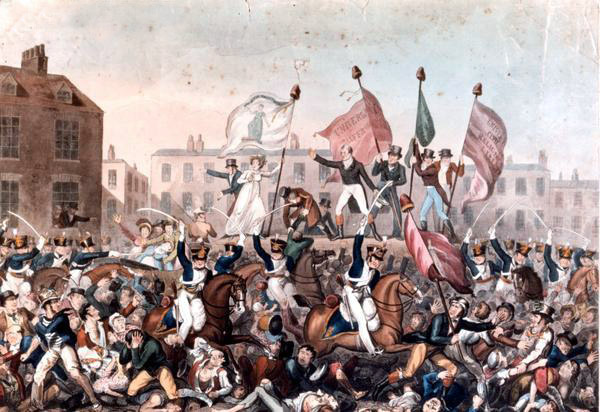 The events at St Peter’s Field in Manchester August 16th, 1819, are so thoroughly documented it would seem that little more could be said on the matter. Indeed, in the highly charged historical debate covering Peterloo, as it is now known, the events of August 16th themselves occasionally appear irrelevant to broader ideological analyses being undertaken. There is a mythology surrounding the name Peterloo which has attracted and repelled students of the period in equal number. The simple fact of interchangeable terms, like incident, massacre, demonstration or riot, frequently used as a suffix to Peterloo merely underlines the contention surrounding the issue.