Punishment in the First World War 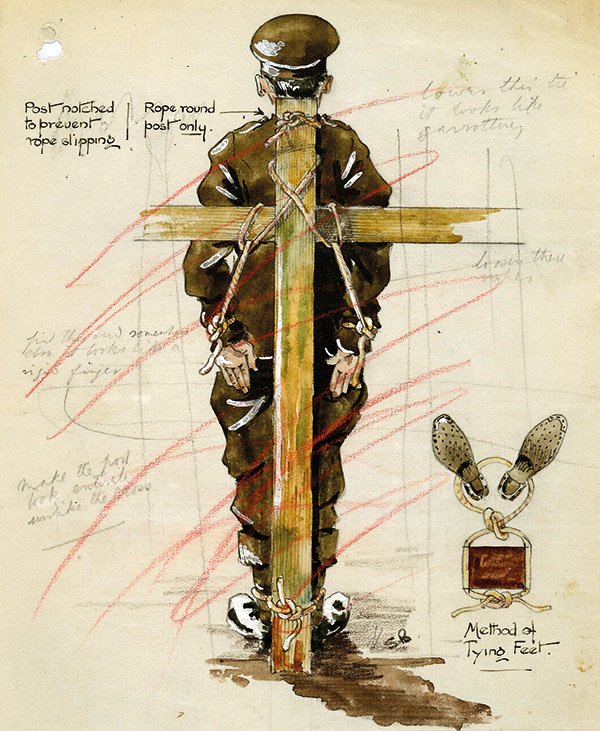 On October 29th, 1916 the Illustrated Sunday Herald carried an article on punishment in the British army. The article was a condemnation of Field Punishment Number 1, commonly known among the rank and file as ‘crucifixion’. The headline asked: ‘Why “Crucify” Tommy?’ The article had been written by Robert Blatchford, a campaigning journalist who had been a sergeant in the army and who, in the run-up to the First World War, had broken with British socialists over what he considered to be a serious threat from Germany. He could not easily be written off as an unpatriotic ‘crank’, like those who usually raised their voices in criticism of military policies, particularly conscription, during the war.