The last of the Manchu emperors received a formal pardon on December 4th, 1959. 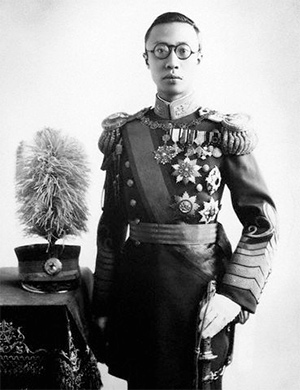 The man known as Henry Pu Yi led one of the strangest lives of the 20th century. The last of the Manchu emperors, he succeeded to the throne as a boy of two in 1908. Three years later a revolution turned the country into a republic but, although his abdication was arranged, he was allowed to keep his title and live in mock-imperial state, attended by courtiers and eunuchs, served meals of 40 courses and given playmates who were punished if he misbehaved himself. The little boy, indeed, did not realise that anything had changed, but as his biographer Edward Behr remarked, his palace was the first of his many prisons.

China fell into the hands of rival warlords and for a few days in 1917 Pu Yi was reinstated as emperor and then removed again. At 16 he was given four photographs of girls he had never met to choose from and provided with an imperial wife and an imperial concubine. He apparently took the name Henry out of admiration for Henry VIII of England. Aged 19 in 1924, with China in turmoil, he escaped to the international settlement at Tientsin to take shelter in the welcoming arms of the Japanese. They found a use for him and, when they took control of Manchuria in 1931, they proclaimed Pu Yi as Emperor of Manchukuo.

He remained titular emperor all through the Second World War, but he was never more than a Japanese puppet. In 1945, with the war turning against the Japanese, he considered fleeing to Japan, but when the Japanese surrendered he renounced his title and announced the area’s restoration to China. Pu Yi now tried to fly to Korea and on to Japan, but he was caught by Soviet troops at Mukden airport and flown to Siberia where he was kept captive, though in comfortable circumstances, until 1950 when the Russians handed him over to the Communist regime in China. Pu Yi was sure he would be executed but the Chinese put him in a management centre for war criminals along with some of his family and ex- Manchukuo officials and army officers. He was Prisoner No 981 and tended the prison vegetable garden.

After several years of ‘rehabilitation’ he was accepted as a genuine convert to Communism and a loyal Chinese citizen and was formally pardoned. He worked part-time as an assistant gardener at the Beijing botanical gardens and in 1962 married his fifth and last wife, a hospital nurse, who survived him. He was sometimes trotted out and shown to visiting foreign dignitaries as an interesting curiosity until his death of kidney cancer at the age of 61 in 1967. 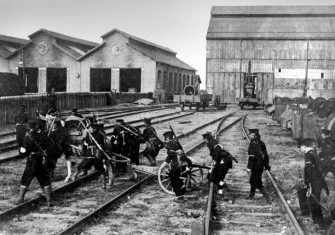 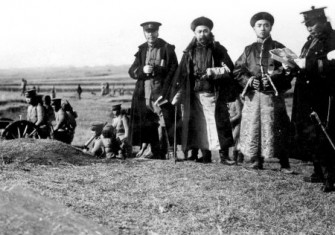