Philip II of Spain: A Reappraisal

Geoffrey Parker asserts that the enduring English view of Philip “the Prudent” is clouded by libellous sectarianism and bad history. 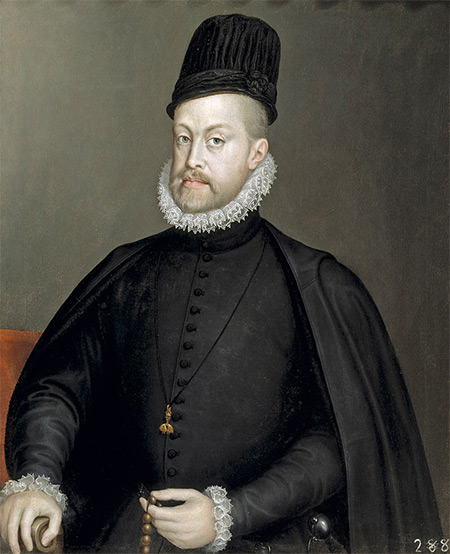 Philip II has always had a bad press. Few of his contemporaries outside Spain had a good word for him, and to a large extent historical opinion has been - and often still is - based on the adverse appraisals published by his contemporaries. Perhaps the most damning and influential of these was composed by one of the King’s own Spanish ministers, after his fall from power: The Relaciones of Antonio Perez (first published at Pau in 1591 and in an extended version at Paris in 1598).

It was a collection of documents and commentaries concerning Philip II, that together created an unflattering but convincing picture of the King in action. The royal memoranda that Perez published condemned the King out of his own mouth, showing him to be a petty, vindictive and rather obtuse tyrant. Such apparently authentic material quickly found its way into other studies of the King and his times.