The Morris Minor was launched at the British Motor Show of 1948, which opened at Earl's Court on October 27th. 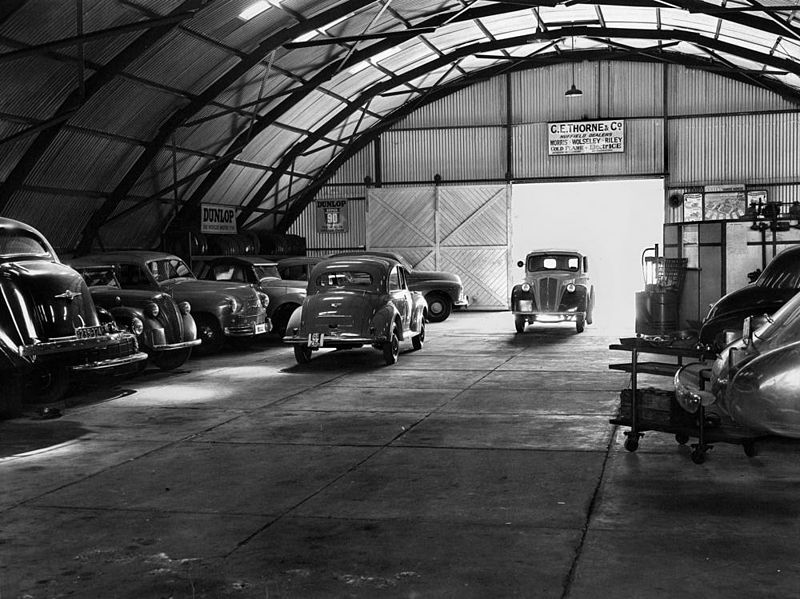 The British Motor Show of 1948 opened on October 27th at Earl’s Court and attracted more than half a million people. After the austerity and rationing of the war and postwar years - you could drive rather less than 100 miles a month on the petrol ration in 1948 – a keen demand had built up, sharpened by many who had discovered the joys of driving in the armed forces.

The stars of the show were the sturdy little Morris Minor, the 'people’s car' of its day, and the smart Jaguar XK 120. While the new Jaguar took the prizes for stylishness, it was the Morris with its rounded nose, frog-like headlamps and a windscreen split by a vertical bar that was the motor everyone might hope to own.

The first Minor had been launched by William Morris, the future Lord Nuffield, in 1928 as a competitor to the successful 'baby’ Austin Seven, and lasted until 1934. Its 1948 successor was the brainchild of the Greek-born engineer and designer Alec Issigonis, who had started work for Morris in 1936 and who would go on to design the Mini.

During the war, while the Nuffield group diverted its energies to the patriotic production of munitions, the managing director, Miles Thomas, gave Issigonis a free hand to develop a new small car for the postwar period. Originally called the Mosquito, the Minor was designed to combine maximum seating space with minimum size (12ft 4in long, 5ft 1in wide, 5ft high) – which was why it had such small wheels – as well as reliability, inexpensiveness and a top speed of 62mph. Looks were not top priority.

The Nuffield group resumed production of its prewar models as soon as the war ended and was required by government regulation to export most of them abroad. Lord Nuffield, now in his seventies, had no opinion of Issigonis and professed to be unable to remember his name -- 'Issy-wossisname’ was as near as he could get. He had to be persuaded to allow the Minor to be shown at Earl’s Court where it was a tremendous hit.

The engagingly half-timbered Minor Traveller and the Minor vans were introduced in 1953 and the Minor was the first British car to hit the production mark of one million, at the end of the decade. The last Traveller was turned out in 1971.

Soundly engineered, reasonably priced and cherished in its day, the Minor has become a classic, eagerly sought after by collectors.