Igor Stravinsky’s ‘shockingly contemporary’ The Rite of Spring ​​​​premiered on 29 May 1913.

It should have been a triumph. The premiere of Igor Stravinsky’s The Rite of Spring on 29 May 1913 brought together the up-and-coming composer with Sergei Diaghilev’s Ballet Russe company and its star dancer, Vaslav Nijinsky, who would choreograph the piece. Even the venue, the luxurious Théâtre des Champs Élysées in Paris, was new.

There was disquiet, Stravinsky recalled, as soon as the music started. It was shockingly contemporary. Jean Cocteau, who was in the audience, described it as ‘music one listens to with one’s face in one’s hands’. He meant it as a compliment; many shared the sentiment, but not the enthusiasm.

All hell broke loose when the curtain went up on what Stravinsky, still smarting at the memory decades later, described as ‘a big jumping match’ performed by ‘a group of knock-kneed and long-haired Lolitas’. It wasn’t just that much of the audience was appalled: ‘People laughed, booed, hissed, imitated animal noises’, Cocteau said. Then the aesthetes started shouting abuse at the railers; presently, he added, ‘The uproar degenerated into a free fight.’

Backstage, Stravinsky was in a fury. Diaghilev flicked the house lights on and off in an ineffectual attempt to quell the audience. The orchestra – the largest Stravinsky would ever write for – couldn’t be heard over the uproar. Nijinsky stood on a chair in the wings, Stravinsky said, beating time with his hands shouting numbers at the dancers like a coxswain.

But numbers, Stravinsky came to think, were part of the problem. Nijinsky may have been a great dancer, but was he a choreographer? Stravinsky wasn’t sure. Even after months of rehearsals – perhaps 120 of them – he thought that the dance had little connection to the music. ‘I will count to 40 while you play’, Nijinsky reassured him, ‘and we will see where we come out.’ But Stravinsky was far from reassured. The dancers followed Nijinsky’s beat, not the music. Nijinsky counted in Russian, in which many numbers are polysyllabic. In fast-tempo passages he couldn’t count quickly enough and neither could the dancers. They called the rehearsals ‘arithmetic classes’.

There were two more performances in Paris and three in London. Nijinsky’s ballet has never been seen since. 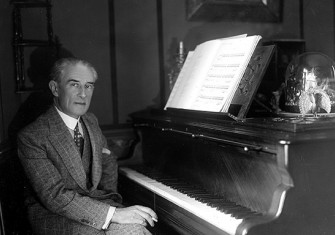 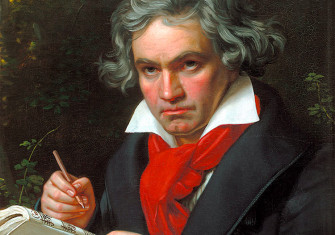