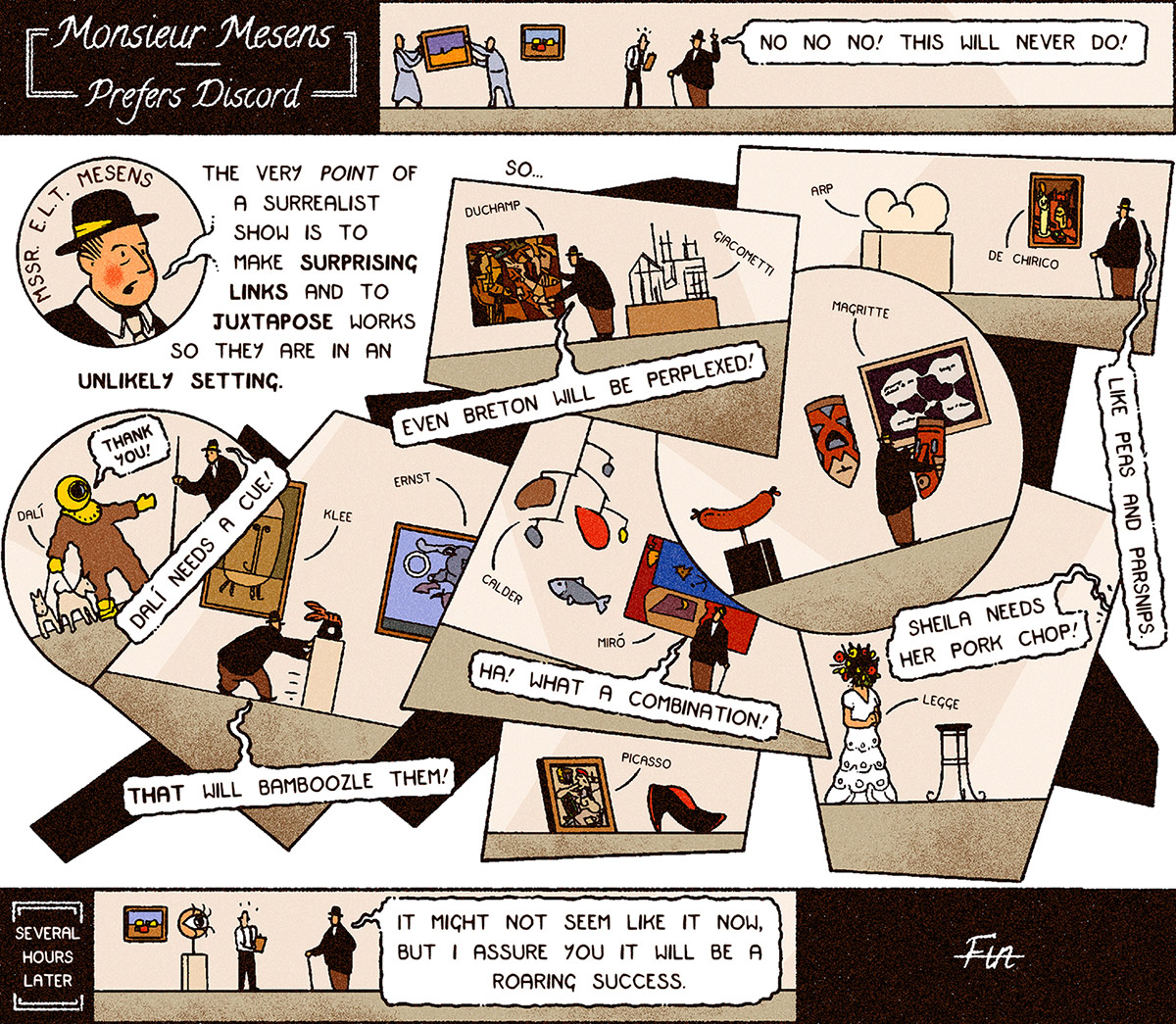 Works by artists including Dalí, Duchamp and Picasso went on display at the Burlington Gallery on 11 June 1936.

Following a chance meeting, Roland Penrose, a young artist, and David Gascoyne, a young poet with a passion for Surrealism, decided to organise an exhibition in London, where the movement was all but unknown.

They assembled a group of 392 Surrealist paintings and sculptures by 71 artists, including Breton, Dalí, Duchamp, Giacometti, Klee, Magritte, Miró, Paul Nash, Picasso, Man Ray and Sutherland, which went on display at the Burlington Gallery on 11 June 1936.

As befits a Surrealist exhibition, the preparations were chaotic. Some works were seized by customs on the grounds of indecency, while the artist and collector E.L.T. Mesens personally rehung the entire show just hours before opening, as the arrangement was, in his eyes, too unimaginative.

During the opening, Dylan Thomas walked among the guests offering them cups of boiled string with the question ‘Do you like it weak or strong?’. Dalí collaborated with Sheila Legge on a Surrealist ‘happening’ in Trafalgar Square in which Legge, dressed in a white dress, her face obscured by paper flowers and ladybirds, appeared as ‘The Phantom of Sex Appeal’. She then proceeded into the exhibition carrying an artificial limb in one hand and a raw pork chop in the other. Owing to the heat, the chop was quickly discarded.

Dalí himself gave a lecture, dressed in a deep-sea diving costume, complete with helmet, which made the speech almost inaudible. This was hardly helped by his insistence on showing his slides upside down. He had to be rescued by Gascoyne, who realised he was suffocating and released the helmet with a hastily fetched spanner.

Despite all this, the exhibition was a huge success, with over 30,000 visitors during its three-week run. Sadly, the organisers’ subsequent plan to set up a permanent Museum of Modern Art in London to rival the Guggenheim in New York failed for lack of funds.