The Great Race of Mercy

A dog sled relay came to the rescue of an epidemic-struck Alaskan community on 2 February 1925. 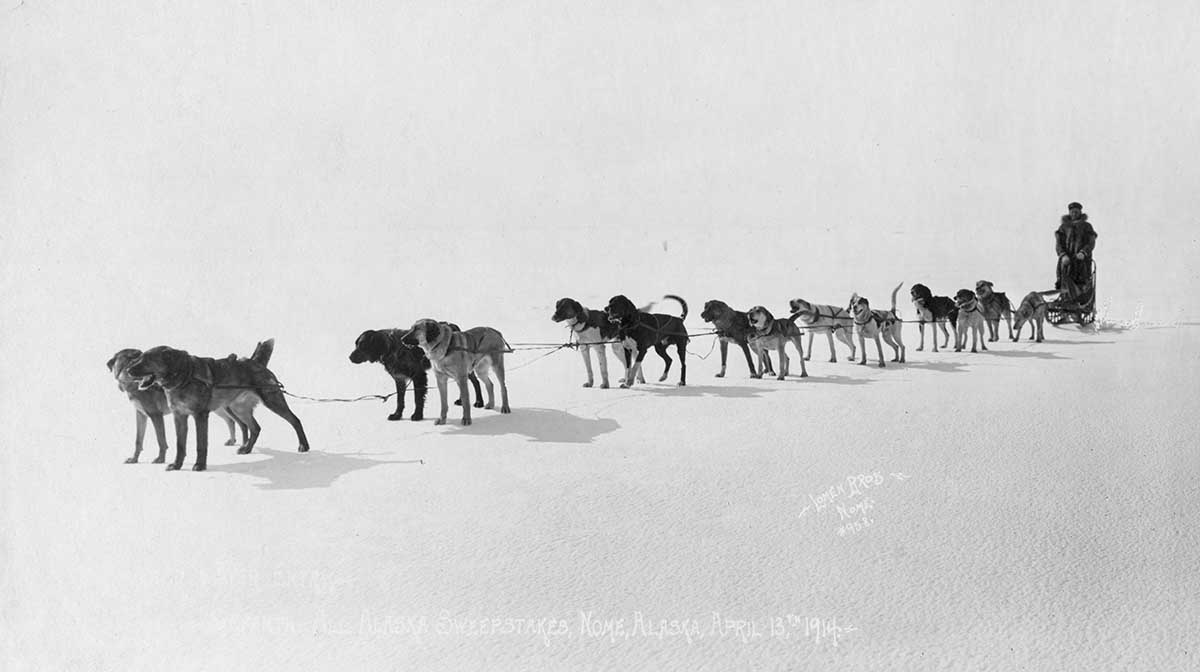 It was January 1925 when the only doctor in Nome, Alaska, began to see cases of highly infectious diphtheria. He had ordered new antitoxin after the previous batch had expired, but this had failed to arrive before the port iced up for the winter. Attempting to use the old antitoxin failed and children began to die. Realising an epidemic was imminent, he implemented quarantine and radioed for emergency supplies.

The Board of Health ordered a dog sled relay – one setting out from Nenana and the other from Nome, meeting in the middle at Nulato. The best mushers from the postal service were selected for the run, mainly native Athabaskans.

Some 300,000 doses of antitoxin were packed, wrapped in quilts, in a metal cylinder. The race began on 27 January. The first team of mushers lost four dogs en route. The second had to pour hot water on a musher’s hands to get them off the sled’s handlebars.

The route was harsh: 674 miles through the Alaskan wilderness, with a dash across the frozen sea. Temperatures were at a 20-year low, with hurricane-force winds, and one team had an unfortunate encounter with a reindeer.

The race quickly became national news. By the end of the month, supplies in Nome were exhausted and a local reporter wrote that all hope rested on the dog teams.

Leonhard Seppala took the longest leg through the full force of the storm, crossing the frozen pack ice of Norton Sound and climbing Little McKinley Mountain. The final leg went to Gunnar Kaasen, who almost lost the serum when his sled flipped. He had to retrieve the metal canister from the snow with his bare hands, suffering frostbite in the process.

Kaasen arrived at 5:30am on 2 February. The teams had covered 674 miles in just over 127 hours. Several dogs died, but diphtheria was brought under control. A second relay, using many of the same drivers, arrived 13 days later.