Formal Opening of the Old Bailey

The courthouse, built on the site of Newgate Prison, was formally opened on February 27th, 1907. 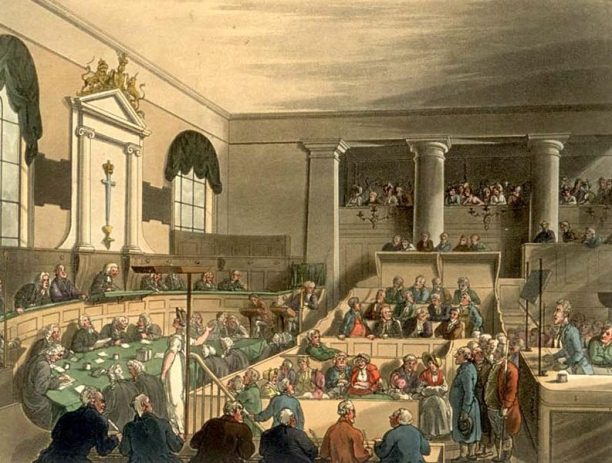 England and London’s most famous courthouse, in Portland stone and grand Edwardian Baroque, was opened by Edward VII with Queen Alexandra, in black velvet, and a panoply of splendidly robed City of London dignitaries, judges and bishops in attendance. It is on the site of the old Newgate Prison, some of whose stones were used in the new building, and the Old Bailey judges still on occasion carry posies of flowers, with which their predecessors protected themselves against both gaol fever (typhus) and the prevailing atrocious stench.

The golden statue of Justice on top of the dome, not as usual blindfolded, but holding her sword and scales, was by F.W. Pomeroy, who also did the figures of the hooded recording angel flanked by Fortitude and Truth above the main entrance. The building is officially the Central Criminal Court, but is almost always known as the Old Bailey, which is the name of the street and comes from a rampart, or bailey, constructed just outside the wall of the City in Norman times. The site was occupied in Roman days and there was probably once a Romano-British temple across the road from today’s court.

The original Sessions House for London criminal cases was built in 1539, at Newgate so that prisoners could be brought to it easily. The accused was placed as far away from the judges on the opposite side of the courtroom as possible, so much so that a mirror and a sounding board were installed to allow them to see and hear him clearly. The jury started off on either side of the courtroom, but from the eighteenth century they had a single box to the right of the accused, where they would confer and decide their verdicts in full view.

When the courthouse was rebuilt  in 1673, the ground floor and the courtroom were left open to the air as a precaution against gaol fever. Spectators flocked in, but the ground floor was enclosed in 1737, perhaps to limit their numbers as they could intimidate the jurors. Down to 1860, those who came paid entry fees to the court officials. When the courthouse was rebuilt again in the 1770s, witnesses had a separate room to wait in, instead of hanging about outside or in a nearby tavern, and the jury had a room to retire to. More alterations were made in the next century and Newgate Prison itself was at last demolished in 1902.

The 1907 courthouse has seen many of the most famous trials in English legal history. The parade of notorious murderers tried there goes from Frederick Seddon and George ‘Brides-in-the-Bath’ Smith to Neville Heath, John Reginald Christie and the ‘Yorkshire Ripper’, Peter Sutcliffe. Others brought to book at the Old Bailey include a corrupt policeman called Goddard, who afterwards used his ill-gotten loot to found Chessington Zoo, William Joyce (‘Lord Haw-Haw’) and the Kray brothers. The building was badly damaged in the Blitz in 1941 and a new extension, opened in 1970, was bombed by the IRA in 1973. 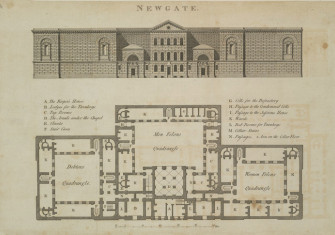 Newgate in the Eighteenth Century