The théâtrophone premiered in Paris, at the International Exposition of Electricity, on 11 August 1881.

As a child in the first years of the 20th century the great American film director Preston Sturges lived in a stylish apartment in Paris with his mother. An earphone hung beside the fireplace. He tried it; it seemed dead. Then one evening a family friend visited and, after dinner, sat in rapture, the earphone pressed to his ear. It was connected, Sturges discovered, to the Paris opera house and enabled people all over Paris to listen to live performances.

The théâtrophone was the invention of the engineer Clément Ader, remembered now as a pioneer of powered flight. It premiered at the vast International Exposition of Electricity, which opened to the public in Paris on 11 August 1881 at the Palais de l’Industrie. Two rooms, their walls heavily carpeted in an early attempt at soundproofing, were dedicated to the technology, one connected to the Comédie-Française, the other to the opera house. The technology was originally in stereo – or ‘perspective listening’ as it was called – but later reverted to mono. It was, The Times said, ‘the most marvellous thing of all’ at the exhibition.

Théâtrophone services sprang up in several European cities. The technology did not survive the advent of radio, but one lingered on in Bournemouth until the death of its last two subscribers in 1937. 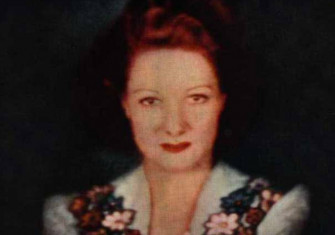