The Face of Beatrice Cenci

The painting that inspired Shelley and Stendahl is thought to be of a young woman executed on 11 September 1599 for the murder of her father.

Charles Dickens, visiting Rome early in 1845, found himself haunted by a painting. It was, he said, ‘almost impossible to be forgotten’. It was of a young woman with a white turban, looking back over her shoulder towards the artist. Dickens saw in her eyes ‘celestial hope, and a beautiful sorrow, and a desolate earthly helplessness’.

The painting’s subject was Beatrice Cenci. She had been executed in September 1599, aged 22, along with her mother and her brother, for the murder of her father, Count Francesco Cenci. Some historians have doubted Beatrice’s claim, made at trial, that Francesco raped her; there is no doubt that he was violent and abusive.

Dickens was one of many moved by the painting; it inspired works from both Shelley and Stendahl. But it wasn’t connected to Beatrice until the late 18th century. It was later attributed to the Bolognese artist, Guido Reni, who was said to have seen Beatrice in her cell, or else on her way to her execution.

It is now thought to be by Ginevra Cantofoli, one of several forgotten women artists in Bologna during the Baroque period – and not of Cenci at all. Perhaps an execution and an erasure go together, Romantic projections of one woman’s suffering serving to obscure and flatten two women’s lives. 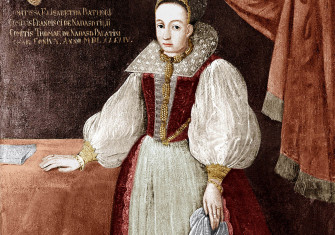 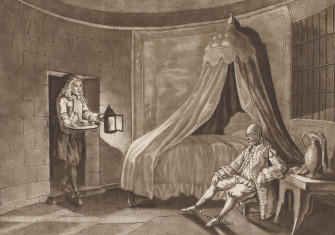