The last islanders living on the small archipelago of St Kilda were evacuated on 29 August 1930. 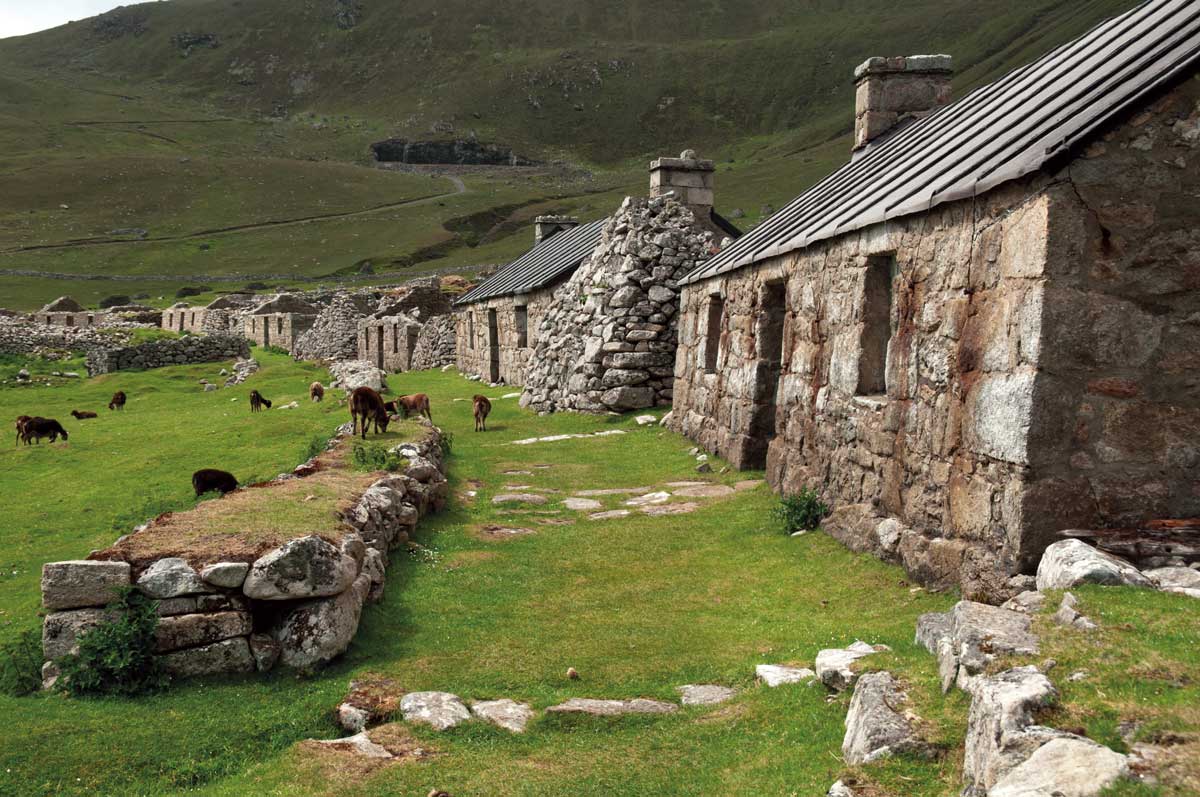 The small archipelago of St Kilda, 50 miles west of Harris, has long attracted romantic attention for its remoteness, with the sense of strangeness and difference such isolation implies. It is the last and outmost isle, on the edge of the world: a place whose way of life, in the words of Scottish poet Kathleen Jamie, was broken on the wheel of the modern world.

Inhabited in prehistoric times and subject to both Irish and Viking incursion, it first emerges into written history with a passing reference in the early 13th-century Icelandic Prests Saga. There are brief mentions in the Scottish chronicles of John Fordun and Hector Boethius. But it isn’t until 1697 that we get a first-hand account in A Late Voyage to St Kilda by Skye native Martin Martin.

Its population – only Hirta, the largest island, was inhabited – has never topped the 180 that Martin encountered. But it rarely broke 100 after an outbreak of smallpox in 1727 reduced it to 42. Aside from disease, the importance of fowling to livelihoods – all those seabirds nesting on the sheer 1,000-foot cliffs – made life perilous. The islanders’ euphemism for death came from the trade: they’ve gone over it, people said, when someone died.

The population grew again through immigration, but a third emigrated to Australia in 1852. One of them, Ewan Gillies, epitomises the restless soul: he left Australia for New Zealand, before arriving in the US in time to fight in the Civil War. He returned to St Kilda twice – after two further spells in Australia – before ending his days in Canada. The islanders called him ‘California’.

Modern scholarship stresses St Kilda’s connectedness, its place in the wider context of Hebridean history and the North Atlantic sea roads. Even Martin reported Harris islanders coming to one of Hirta’s wells for its healing powers. Remoteness and isolation are ultimately questions of perspective.

There is a Gaelic phrase – Nach du bha’n a Hirst – ‘I wish you were on Hirta.’ It isn’t a compliment. The last islanders, 36 of them, were evacuated on 29 August 1930. One former resident denounced it, writing ‘the whole business … has been the work of despairing Sassenachs’. But no one went back.