Discovery of the Periodic Table 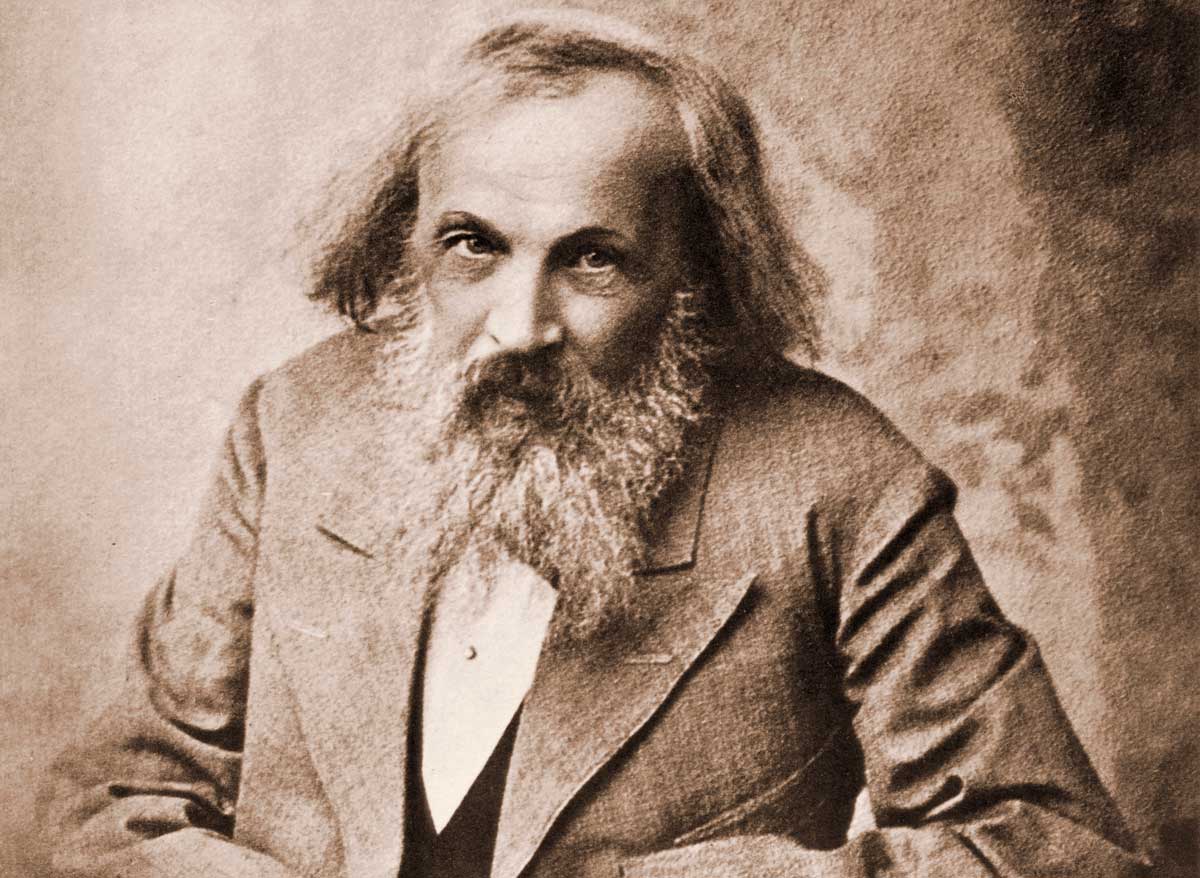 It came to him in a dream, Dmitri Mendeleev told a friend. He hadn’t slept for three days worrying how to classify the elements. Exhausted, he fell asleep and the answer came.

Sadly, this may not be true. To begin with, Mendeleev –  born in Siberia in 1834 – had been thinking about the question since at least 1860, when the atomic weights of the elements had been established.

By 1869 he was professor of chemistry at St Petersburg and writing a textbook for his students. Having finished the first section, he paused to consider which group of elements to cover next.

The answer may not have arrived in a dream, but it did come quickly, on 1 March 1869. Mendeleev had accepted an invitation to visit a cheese dairy that day. But instead, he turned over the dairy’s letter and scribbled on the back the atomic weights of dissimilar elements. Previously, chemists had sought a taxonomy through familial groups of elements; by comparing the unlike, Mendeleev could identify a general theory underlying all of them.

He made cards of the 63 known elements and played with them in a form of ‘chemical solitaire’ until he had worked out what we know as the Periodic Table. He saw that its structure implied the existence of then-unknown elements, eight of which he successfully predicted.