The coelacanth, believed to have been extinct for 70 million years, was rediscovered by Marjorie Courtenay-Latimer on 22 December 1938.

It was the morning of 22 December 1938. A call came through to the East London Museum in South Africa’s Eastern Cape for its curator, Marjorie Courtenay-Latimer. She had asked the local trawlermen to alert her to anything unusual in their catches and Captain Hendrik Goosen, casting his nets at 40 fathoms near the mouth of the Chalumna River, had something for her. He just wasn’t sure what.

Courtenay-Latimer headed for the docks. On board, she waded through sharks, starfish, seaweed and sponges. Then she saw it. The most beautiful fish she had ever seen, she thought, ‘like a big china ornament’: five-foot long, pale mauve-blue, white flecked and iridescent, covered in hard scales, with four limb-like fins and a tail more fit for a puppy.

But Courtenay-Latimer didn’t know what it was. She rang the nearest expert, James Smith at Rhodes University. There was no answer. The next day she sent him a description of her ‘most queer-looking specimen’ and a sketch. Smith was on holiday.

Courtenay-Latimer was stuck. The museum was uninterested. ‘You’re making such a fuss about it, but it’s nothing but a rock cod’, its chairman said. The town had two refrigeration facilities large enough to store it, one of them the morgue. Neither would help, so she turned to a local taxidermist. Together they swaddled the fish in formaldehyde-soaked newspaper and a bedsheet. In the summer heat its body seeped oils alarmingly.

When Smith finally received Courtenay-Latimer’s letter on 3 January, he immediately thought of a coelacanth, extinct for 70 million years. Reaching East London on 16 February, the moment he saw it he was convinced. ‘The first sight hit me like a white-hot blast’, he recalled.

He announced the discovery in Nature, quoting Pliny the Elder: ‘Ex Africa semper aliquid novi’, there is always something new out of Africa. He named it Latimeria chalumnae in honour of Marjorie Courtenay-Latimer and the river that had delivered up its ancient wonder. 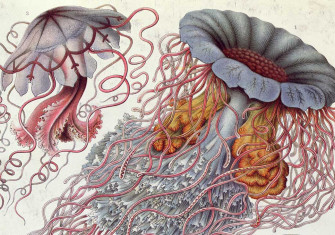 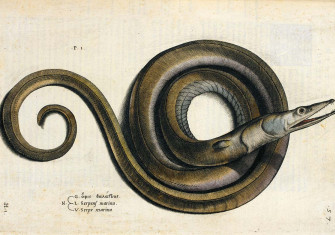