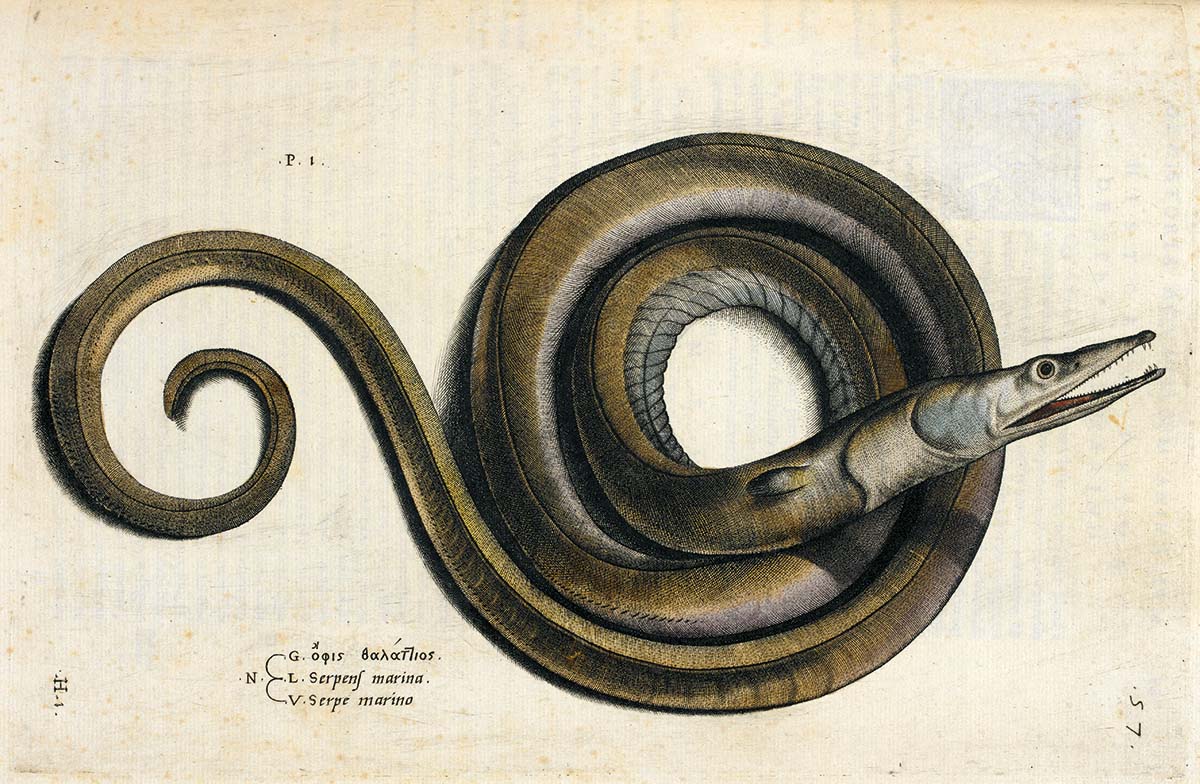 In March 1876, the young Sigmund Freud arrived in Trieste, looking for the testicles of an eel. For centuries past, these troublesome organs had proved elusive. Despite the most intensive – not to say intimate – research, no one had managed to track them down. Recently, however, a Polish scientist, Simone de Syrski, claimed to have solved the puzzle and Freud, then a promising medical student at the University of Vienna, was despatched to see if he was right.

Settling himself into the university’s new institute of marine biology, Freud spent the next month dissecting more than 400 specimens. Even for the most enthusiastic researcher, it must have been an unenviable task: slimy, smelly and beset by frustration. But Freud was determined to prove that he had the cojones to be a real scientist – and he knew how much was at stake. Far from being merely a matter of zoological curiosity, the existence of an eel’s gonads threatened to shake the foundations not just of reproductive theory, but of the scientific method itself.

Since the beginnings of Greek science, it had been recognised that all animals owed their origins to some form of reproduction. For most, the mechanism was sexual. New examples of a species were produced through the coupling of a biological male and a biological female. Exactly what each sex contributed to the process was, admittedly, somewhat unclear. Perhaps the first to approach the subject systematically was Aristotle. In his view, the female provided the flesh and blood, while the male’s seed infused it with life and gave the offspring its ‘form’. People might quibble about the details; but that two easily distinguishable sexes were required was obvious.

For some animals, however, this didn’t seem to be the case. Though they reproduced somehow, they didn’t appear to do so sexually – either because they had never been caught in flagrante, or because no one had been able to identify male and female varieties. Flies, earthworms, sponges and conches were all examples. But by far the most interesting were catadromous eels. Though they looked very much like snakes, and behaved a lot like a fish, they were the only sanguineous creature never to have been observed laying eggs or giving birth to live young. They did not even seem to have genital organs. A mainstay of European cuisine since the earliest times, no specimen had ever been landed bearing ova; and no diner had ever found their dish marred by milt.

How, then, did such creatures reproduce? Once again, it was Aristotle who came up with an answer. If they didn’t have sex, he reasoned, they must generate spontaneously, out of non-living matter. As he explained in De generatione animalium, all creatures owed their existence to pneuma – literally, the ‘breath of life’. This contained within it a type of ‘vital heat’, which – like that of the sun – could make things grow. When it interacted with ‘elemental matter’ – the stuff of which all living beings were composed – it caused life to emerge. This was, of course, precisely what happened with sexual reproduction, with the man’s seed containing the pneuma; but provided the right material conditions were present, it could also happen spontaneously, in the wild. Needless to say, different types of ‘elemental matter’ would produce different types of creature; but Aristotle felt that some sort of decomposing mulch was essential. Flies emerged from ‘dung which has been set apart’; barnacles ‘on the side of boats … when frothy mud putrefies’; and eels in ‘mud and moist earth’.

Aristotle’s theory of spontaneous generation enjoyed wide acceptance throughout antiquity. Though not all agreed that eels were born of mud, all natural philosophers shared his view that, in the absence of any obvious genitalia, they had to reproduce in a non-sexual fashion. All manner of explanations were offered. Pliny the Elder suggested that, when they rubbed themselves against rocks, the particles of skin which fell from their bodies came to life as baby eels. A century or so later, the Greco-Roman poet Oppian argued that eels had a habit of coiling around each other, producing a foamy secretion which, on falling into the sand below, burst into life. 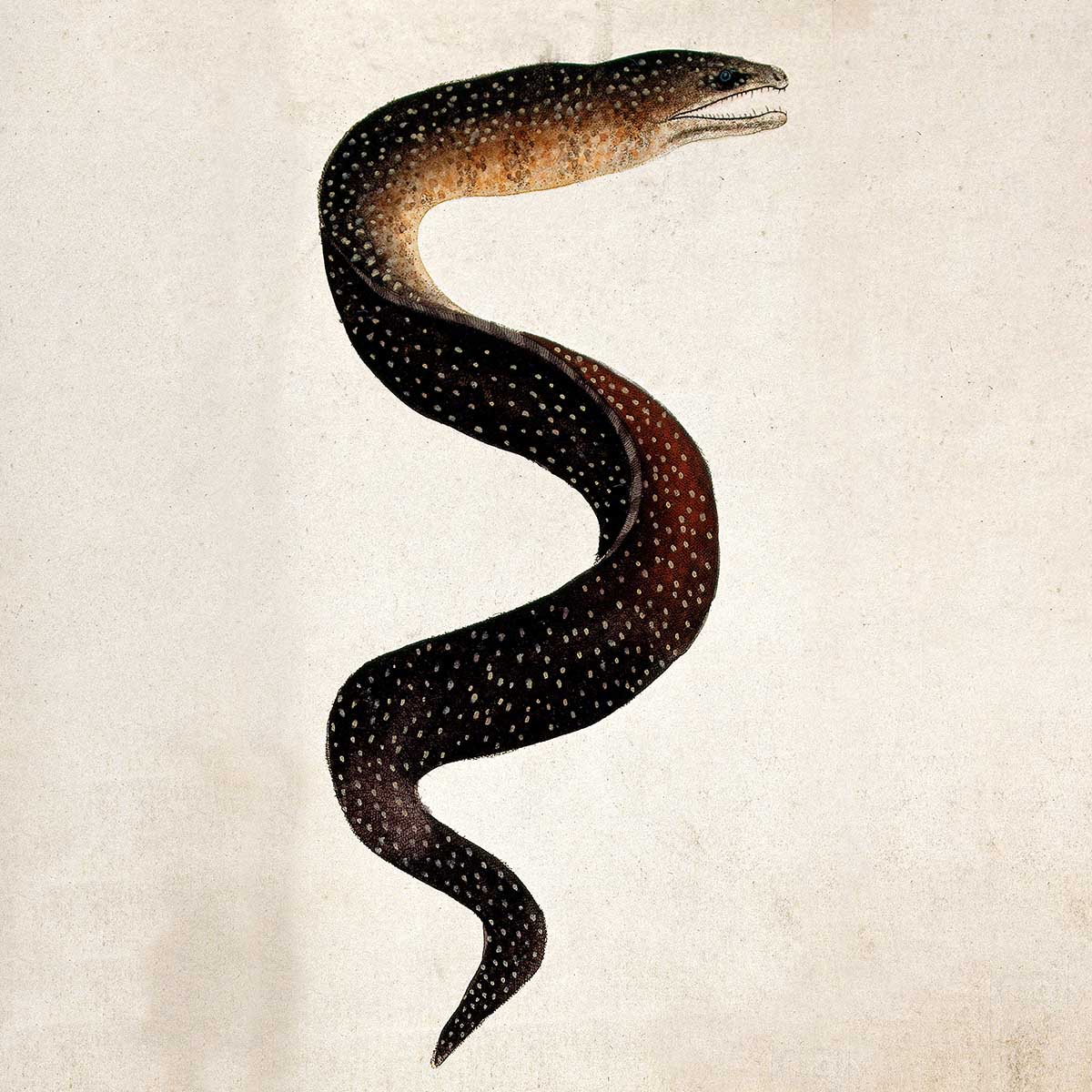 Preserved in the Latin and Arabic traditions, spontaneous generation continued to be regarded as the most plausible explanation for eels’ reproduction for more than 1,000 years thereafter. Only rarely were dissenting voices heard. Unable to believe that God would have created eels differently from other fish, Hildegard of Bingen (1098-1179) thought it logical to assume that they existed in male and female forms and that they must hence reproduce sexually. To overcome the apparent absence of genital apertures, she developed a theory. Each winter, she claimed, the female chooses a nice stone and spits ‘seeds the size of horse beans’ onto it. When the male sees this, he hurries over and spits ‘something like milk over the seeds’ – much to the indignation of the female. After a rather confusing struggle, they then lie on top of the seeds together, the male protecting them with his tail, the female blowing ‘vital air’ onto them until they take life. Hildegard did not convince anyone.

With the translation of the Aristotelian corpus into Latin in the mid-13th century, the spontaneous generation of eels attained the status of an absolute truth. It was not, of course, that people did not find it peculiar. But such was the authority Aristotle enjoyed that it was given precedence over all else. Albertus Magnus (c.1200-80), for example, had heard from fishermen that eels were actually born alive, far out to sea – and were thus likely to have been the product of sexual reproduction – but in the absence of anatomical evidence, he preferred to believe Pliny’s ‘scratching’ theory instead.

Things began to change in the Renaissance. New textual practices fostered a more critical attitude towards classical authors; and as Aristotle’s authority was questioned, faith in spontaneous generation began to cool. Though none could yet see a reason to doubt its inherent validity, most were unwilling to accept it as the sole explanation for the procreation of eels – especially where it seemed to conflict with observation. Though the French physician, Guillaume Rondelet (1507-66) duly repeated Aristotle’s claim that ‘eels, like worms, are produced in putridity’, he interpreted Oppian to mean that at least some might procreate sexually, from the ‘intertwining of males and females’ – and regretted that he had been unable to distinguish clearly between the two. Conrad Gessner (1516-65) was of a similar opinion. Much like Albertus Magnus, he had heard tales of eels giving birth to live young and hence surmised that at least some must be viviparous; but since he could neither swear to the existence of sex, nor divine their method of copulation, he felt a grudging obligation to leave open the possibility that others might generate by different means.

In the late 16th century, some experimentalists, fired by the new spirit of enquiry, started to question whether the theory of spontaneous generation was really as robust as it had once seemed. Their doubts were first raised by flies. Whereas Aristotle had claimed that flies were produced by putrefaction, Ulisse Aldovrandi (1522-1605) pointed out that the maggots from which they grew only appeared on meat on which other flies had previously landed – and hence surmised that there must be a connection between the two events. What that connection might be was suggested by the English scientist, William Harvey (1578-1657). Having dissected hundreds of pregnant deer, Harvey postulated that, while no visible embryos were present in the womb in the first weeks of pregnancy, tiny eggs, invisible to the human eye, must nevertheless be present. Pursuing this logic further, Francesco Redi (1526-97) hypothesised that when flies landed on rotten meat, they were actually laying minute eggs on the flesh, out of which maggots later hatched – and devised an experiment to prove that no life emerged from putrefying flesh alone.

Conclusively proved following the invention of the microscope, Redi’s theory dealt a serious blow to spontaneous generation. Not everyone was convinced, though. For years, an English priest named John Needham (1713-81) tried to prove Aristotle correct by looking for life in boiled meat broths and refused to listen even when Lazzaro Spallazani (1729-99) demonstrated that the growths he had observed were really just the result of inadequate sterilisation. With the work of Louis Pasteur (1822-95), any remaining doubts were put to rest.

Eels were the only fly in the ointment. Although a doctor from Comacchio had proved the existence of sex by identifying the ovaries in a particularly large female at the beginning of the 18th century, the failure to locate a corresponding set of organs in a male frustrated efforts to free them from Aristotle’s shadow. There was no means of knowing for certain how – or even if – the female’s ova were fertilised. However implausible it might have seemed, there was still a dim possibility that all eels were female and reproduced asexually – like some kind of slimy Virgin Marys. Even the Comte de Buffon (1707-88), the most learned naturalist of his day, admitted to being stumped. Though he roundly mocked the fantasies that had been peddled by the ancients, he could not explain how they procreated. As he admitted, this was frustrating. As long as eels’ reproductive habits remained unknown, the foundations of modern biology would be unsteady – and the proud claims of the scientific method would be open to question.

Not until Freud’s trip to Trieste was the mystery solved – albeit more by luck than judgement. Though he was dissatisfied with his initial findings, and had to return to check his results later in the year, he chanced upon a pair of furrowed organs, hidden away in the abdominal cavity, which he identified as the much-sought-after testes of a male. With the two sexes now clearly distinguished, definitive evidence of sexual reproduction had been found; and, after more than 2,000 years, Aristotle’s theory of spontaneous generation could at last be laid to rest.

That it had taken so long was hardly surprising. Since at least the fifth century BC, it had been known that eels disappeared from European waters for extended periods; but not until recently was it discovered that males develop their sexual organs only after embarking on their journey to the Sargasso Sea – and that they will not spawn anywhere else. That no one had found their gonads before was because, unless they were caught in the Sargasso Sea, or some strange mischance occurred, there were no gonads to find. Freud just got lucky.

The only real surprise is how diffident Freud was about his discovery. Later in life, he avoided mentioning it – even going so far as to excise his report from lists of his publications. He may have done so simply out of disgust for the dissections he had performed. But another, more intriguing, explanation – hinted at by his friend, Ernest Jones – is that his frustration at being unable to find an eel’s testes may have triggered one of the sexual anxieties that were later to be so central to his psychoanalytical theories. If so, eels and their elusive gonads have a lot to answer for. 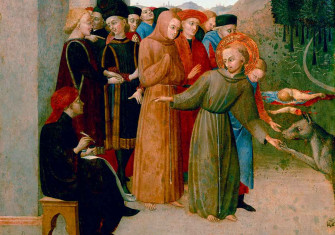 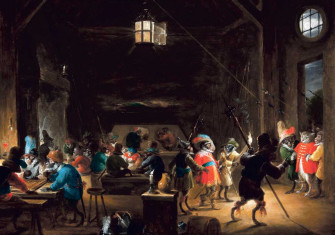