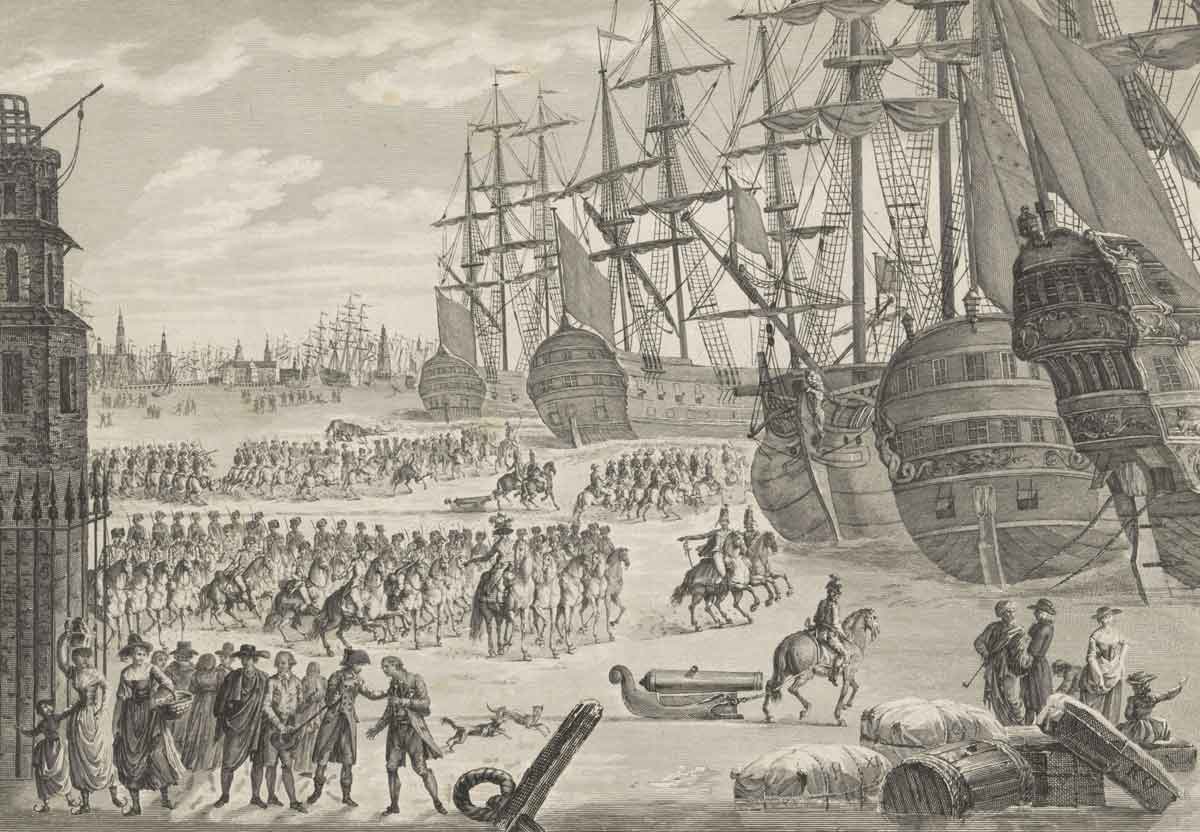 In the winter of 1795 the French Revolutionary Wars were still raging and it was a dangerous time for the stadtholder of the Dutch republic, William, Prince of Orange, who had reason to fear both the French and his own people. His had been a long minority and a series of regents ruling in his name had ushered in an era of widespread corruption. Not surprisingly, he was deeply unpopular, but he took some comfort from the nature of his land. Low-lying and crisscrossed with canals and dykes, it was difficult for the French to invade.

January 1795 was the coldest on record, though, and the waterways that might normally hold up an invader were frozen solid. Indeed, even the sea around the coast had frozen. The French general Jean-Charles Pichegru seized the opportunity to attack. The land war was a rout. The French entered Amsterdam on 18 January to the cheers of the crowd, while William escaped the country, never to return. It was clear Holland would fall and the British took the opportunity to confiscate 40 Dutch warships, sailing them across the Channel to prevent them falling into enemy hands.

The French continued to The Hague, where Pichegru found out about the remaining Dutch fleet, a still potentially formidable force of 14 ships, off the island of Texel to the north. Normally such a fleet would have been proof against a French land force, but the navy had been somewhat taken aback by the extreme weather that had left them frozen in. Not expecting to see action until the sea ice melted, it was not on its guard and not expecting what happened next. On 23 January, Pichegru ordered a detachment of cavalry and light artillery to make a dash across the frozen waters of the Zuiderzee. So thick was the ice that they managed to ride right up to the ships and surround them. The admiral and captains of the fleet, having never been attacked by cavalry before, were so surprised that they simply surrendered. 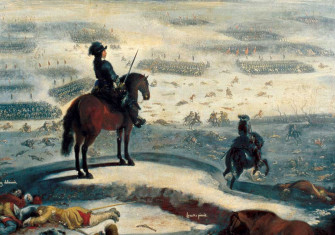 The Army that Walked on Water