Death of a Swordmaster 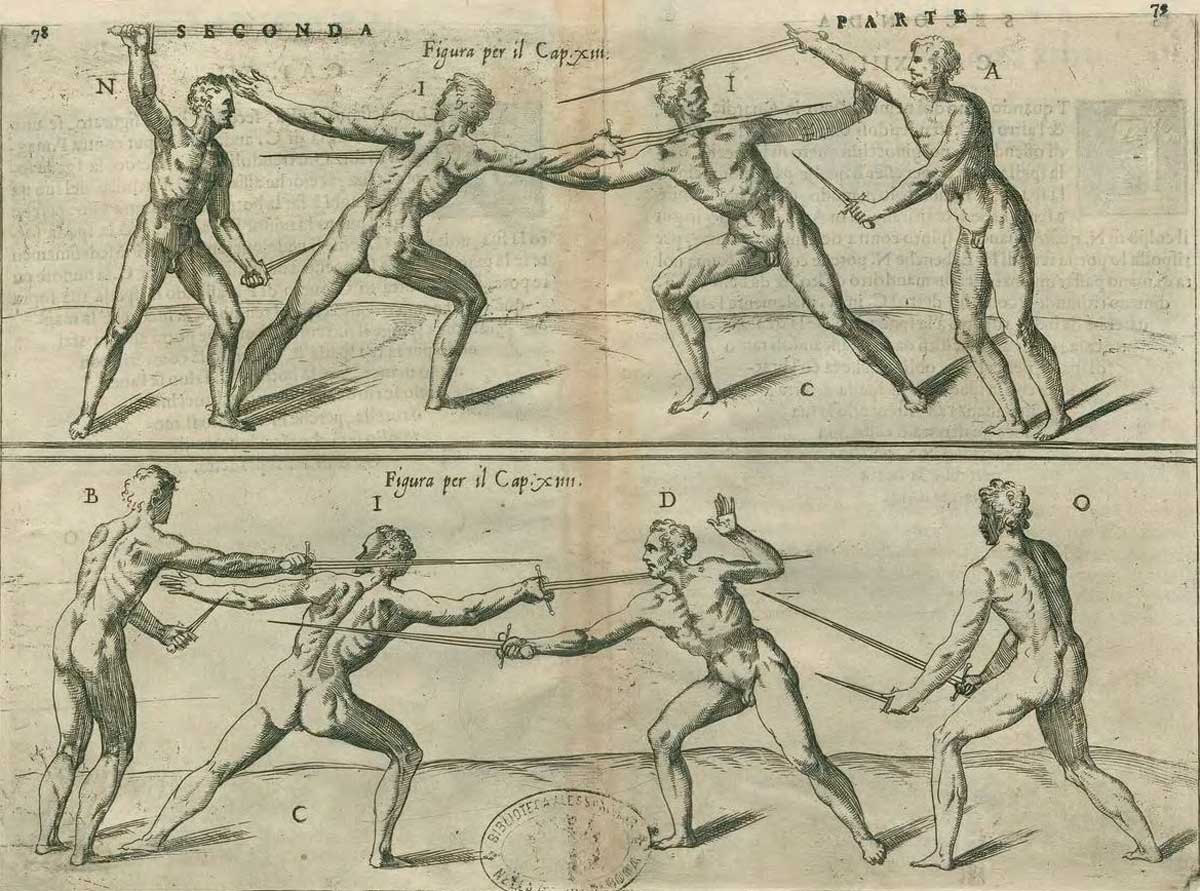 When change came, it was swift. Until the turn of the 1570s, Edmund Howes writes in his continuation of John Stow’s Annales, ‘the auncient English fight of sword and buckler was onely had in use’. Bucklers – small shields – were to be bought in any haberdasher. But ‘shortly after … began long rapiers, and he was held the greatest gallant, that had the deepest ruffe and the longest rapier’.

It was, among other things, a question of class. To wear a rapier was a sign of gentility or better; it was a mark of fashion, of adherence to up-to-the-minute Italianate style. Soon there were Italian fencing masters in London; one, Rocco Bonetti, taught in the Blackfriars, a fashionable address. ‘He called [it] his colledge, for he thought it great disgrace for him to keep a fence-schoole’, noted an English rival sourly.

Hitherto, fencing masters had always had a dubious status in English society. Although they were eventually formalised into guilds – the Masters of Defence were created by a Henrician statute in 1540 – they only show up in the records for late medieval England when training litigants for trial by combat. It was never an occupation in itself: one of the best known, Philip Treher, made his living as a fishmonger.

What changed was the publication of Camillo Agrippa’s Trattato di scientia d’arme in 1553. Agrippa took what had been a craft, handed down from master to apprentice, and turned it into a science. Specifically, Agrippa applied geometry to the use of the sword – ‘this pursuit is ultimately governed by points, lines, times, measures, and so forth’, he writes – taking Euclid out of the schoolroom, as Renaissance navigators and mapmakers were doing, and into the world of experience. (Euclid, jokes a character in Ben Jonson’s The New Inn, is ‘the only fencer of name now in Elysium’.)

Little is known about Agrippa himself. Born in Milan, he spent most of his working life in Rome as an engineer and architect. He died, aged around 80, on 1 January 1600. Arguably, any sport that now uses science to understand itself is at least a little in his debt.

The Sword in Warfare