Though he didn't invent it, the guillotine was named for a French doctor, who died on 26 March 1814. 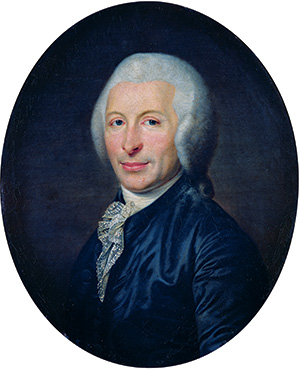 The man who gave his name to Madame la Guillotine or The Widow (La Veuve) was born at Saintes in southern France in 1738 and became a doctor after graduating from university in Paris. From 1789 he was one of the Paris deputies to the Constituent Assembly, in which he took a prominent role.

Guillotin was opposed to the death penalty on principle but, failing that, he wanted criminals executed as painlessly as possible and proposed the use of ‘a simple mechanism’ to replace burning alive, hanging, quartering, drowning and other slow and agonising methods. He also wanted an end to the system that gave aristocrats the privilege of execution by axe or sword. The machine that would swiftly behead all comers is generally said to have been invented by the surgeon Antoine Louis, though there had been prototypes of it in other European countries. It was mainly Guillotin’s advocacy that led to the introduction of the guillotine in 1791 as France’s sole method of execution.

The first machine was erected in Paris the following year and the first person executed by it was a convicted highwayman. From 1793 the guillotine claimed numerous victims, most famously Louis XVI, Charlotte Corday, Marie Antoinette, Georges Danton and Maximilien Robespierre. Guillotin had wanted executions to be held privately, but that was contrary to all tradition and crowds gathered to watch them, including the tricoteuses, the women who knitted busily while the heads rolled.

When Guillotin died in 1814 at the age of 75 his family were so embarrassed by the guillotine connection that they asked the French government to change the machine’s name. The government refused, so they changed their family name instead. The last person executed by guillotine in France was a murderer in 1977 and the death penalty was abolished in France in 1982. The guillotine had meanwhile continued in use elsewhere in Europe. Hitler liked it and 16,500 people are said to have died by it in Nazi Germany.