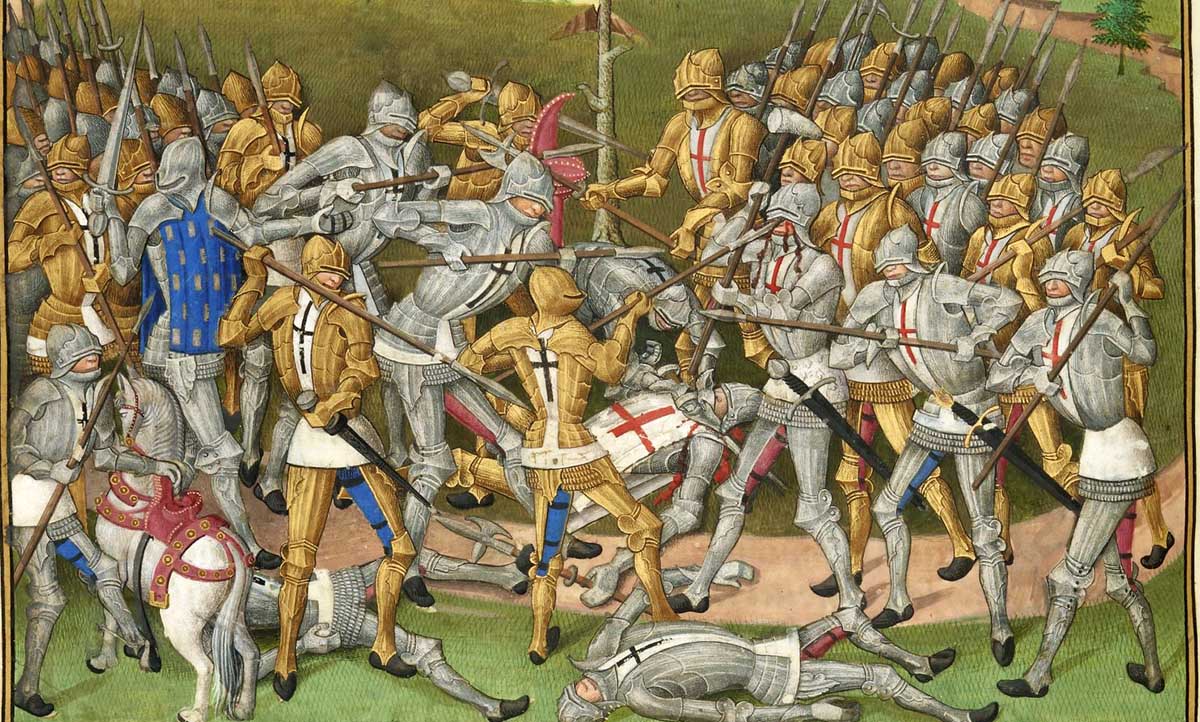 In early 1351, with the war to control the Duchy of Brittany grinding to a stalemate, Jean de Beaumanoir, a leader of the French-supported Blois faction, challenged Robert Bemborough, a senior knight of the English-backed Montfortist faction, to combat.

Bemborough suggested that instead of single combat perhaps each side could field 30 men for a pas d’armes, a chivalric form of planned battle to honour the faction leaders, Joan, Duchess of Brittany from the House of Blois, and Joanna of Flanders from the House of Montfort. De Beaumanoir eagerly accepted and the emprise was planned for a neutral area between castles controlled by each group. For the contemporary chronicler Jean le Bel, this was to be a purely – magnificently – chivalric matter, with no personal animosity. Later French sources, however, claimed the Blois faction entered the fray to protect the local peasantry from the evil Bemborough, who had turned his back on God and was placing his faith in the prophecies of Merlin.

The factions met at the ‘Halfway Oak’ under remarkably civilised circumstances. Vantage points were provided for the large number of spectators and there were refreshment stands for the combatants. The fight itself, however, was fierce and after several hours six men lay dead.

At this point it was decided to stop for refreshments. When the battle was taken up again, Bemborough was fatally wounded and his largely English force was finally broken by a Breton squire who rode his horse into their line – something the English considered rather unsporting. By this point, six of the Blois faction and nine of the Montforts were dead and all the rest were injured. The defeated Montforts surrendered and were ransomed for modest amounts.

Tales of the noble deeds of the combatants spread across the nations and centuries as the epitome of chivalry. The combat had no effect whatsoever on the outcome of the war.