The question of reconstruction was a thorny issue in postwar Germany, where celebrations of the ‘glorious’ past took on a different hue.

On the night of 22 March 1944 Frankfurt was hit by one of the largest air raids of the Second World War. Dodging German anti-aircraft defences, 816 British planes dropped more than 3,000 heavy explosive bombs and 1.2 million incendiary devices in less than an hour. The Old Town (Altstadt) bore the brunt of it. Almost the entire quarter was destroyed. Churches were reduced to rubble and of 2,000 or so half-timbered buildings only one escaped unscathed.

Yet, of all the houses hit none so scarred the German consciousness as No. 23, Großer Hirschgraben. An elegant five-story building, it was an imposing, if otherwise unremarkable, structure – but for many Germans it was the cradle of their culture. For it was there, on 28 August 1749, that Johann Wolfgang von Goethe – ‘the greatest poet of modern times’, as Matthew Arnold put it – was born. And not just that. As Goethe later recalled in his autobiography, it was to the house that he owed his literary awakening. It was there, gazing at his family’s prints, that he had learned to love Italy, antiquity and nature; there that his passion for drama was first fired; and there that he wrote some of his most famous works – including The Sorrows of Young Werther and Faust.

This was not the first time that the house had been bombed. The year before, another British raid had caused the roof to catch fire. Although the blaze was contained before it could spread, the damage had been considerable. The upper storeys were a mass of charred rafters, mouldy walls and warped floors. Prisoners of war had to be drafted in to help sift through the remains and a temporary roof cobbled together to prevent water damaging the rest of the house.

This time the damage was much worse. Over the next two days a terrible conflagration took hold. By 24 March almost nothing was left, only the cellar and the foundations left intact. The north wall, part of the south wall and a couple of ground-floor windows also clung on, but in such a fragile state that they would not see out the year.

The German press exploded with anger. State propaganda described the bombing as an ‘act of terrorism’. Writing in the Rhein-Mainishe Zeitung, the journalist Otto Stadler went even further. Goethe’s birthplace, he claimed, was where ‘humanity bowed its head’. In destroying this ‘sanctuary of the civilised world’ the Allies had committed an outrage – an assault on the German soul. It inspired horror and anger. It demanded retribution. Here, wrote Stadler, hate could only be holy.

As soon as the flames had been extinguished preparations for restoration work were set in motion. Spearheading the efforts was Ernst Beutler, the director of the Goethehaus. Then turning 59, Beutler had the air of a prematurely fusty scholar. His hair was receding, his deep-set eyes ringed by bags and his jowls beginning to sag. But that diffident exterior concealed a steely will and a seemingly inexhaustible enthusiasm. Foreseeing the dangers that lay ahead, Beutler had begun taking steps to safeguard the house almost as soon as the war had begun. As early as 1939 he had started moving paintings to safety; by 1943 the entire library had been boxed up and shipped to different locations throughout Germany. He was no less careful with the building itself. Beutler had detailed architectural drawings prepared and, after the fire in November 1943, he and the architect Fritz Josseaux had arranged for photographs to be taken of the entire house, right down to the doorknobs. Nothing, no matter how small, had been left out.

Beutler had everything he needed to rebuild the house exactly as it had been. Once the Freies Deutsches Hochstift, which ran the Goethehaus and Museum, had given its approval on 14 April 1944, he swung into action. His first task was to launch an awareness campaign. Leaflets were printed, newsletters distributed and, by the time the war had ended, scores of people had already volunteered to help. It was a magnificent response – better, perhaps, than Beutler had been expecting. He could be forgiven for feeling optimistic.

To build or not to build?

But Beutler had been so wrapped up in working out how to restore the Goethehaus that he had not stopped to consider whether he should. Having devoted the greater part of his life to Goethe’s memory, he had taken reconstruction as a given. It does not seem to have occurred to him that anyone would think otherwise. Unfortunately, plenty did.

As became painfully clear, reconstruction was a thorny issue in the immediate postwar period. Germany, now occupied and divided, was no longer the country it had been a few years before. As people struggled to come to terms with the crimes of the Third Reich, a sense of guilt and shame began to grow; now, the ‘glories’ of the past took on a different hue. To be sure, attitudes were not undifferentiated. Though most were anxious to put the Nazi years behind them, it was a rare person who rejected the past tout court. But the value and significance of commemoration were nevertheless unclear, especially in a case like Goethe’s.

Scepticism was pronounced where Beutler needed it least: the Frankfurt City Planning Office. Just after the war, Eugen Blanck and Werner Hebebrand had been appointed its new chiefs. Committed modernists, they had built their careers on affordable housing – and were determined to rebuild Frankfurt along functional, egalitarian lines. They resolved to stop Beutler’s plan. Anticipating a bitter struggle within the city council, they commissioned a survey of leading architects – all of whom opposed reconstruction – and kick-started a campaign in the press.

Some of Germany’s most prominent writers and artists now spoke up against Beutler. It was not that they disliked Goethe himself. All highly literate men, they shared a deep admiration for his works and referred to his early years in Frankfurt with pride. Rather, they were concerned about what rebuilding Goethe’s birthplace would mean in a postwar world.

For some, like the poet Reinhold Schneider, it smacked of hero worship – or worse. A leading anti-war figure, Schneider’s works had been banned under the Third Reich and he was viewed by many as the ‘conscience of the nation’. He detected in Beutler’s plan a cultish undertone, similar in form – if not in motivation – to the adulation that had been heaped upon Hitler. If (West) Germany were to rise from the ashes, Schneider believed, it was vital to avoid this and to rescue the German ‘spirit’ from itself.

Others were more troubled by Beutler’s promise of a ‘faithful’ reconstruction. As the modernist architect Otto Bartning pointed out, this was disingenuous: it was impossible to rebuild the Goethehaus exactly as it had been. Since Goethe’s father had remodelled it, building methods had changed, new materials had been introduced and regulations had been tightened. Even with an unlimited budget, Beutler would be unable to produce anything other than an imitation. Such a lack of authenticity made the whole enterprise one giant lie – a kitsch joke, designed to titillate the unsuspecting at best or, at worst, to deceive the public with a false image of the past. Given all that Germany had experienced since 1933, Bartning reasoned, that was the opposite of what it needed.

Even if a ‘faithful’ reconstruction were possible, a third group worried about the costs. The philosopher Dolf Sternberger struggled to justify spending so much money on such a project when the war had left thousands homeless. Regardless of what value you placed on the past, Sternberger reasoned, it was less valuable than the lives of ordinary citizens. Far better, many believed, to erect a simple memorial to Goethe on the rubble, or else repair just the facade – or even build something new.

At first Beutler tried to brush off these objections. A pragmatist, he thought it would be best just to get started, even if it meant going behind the Planning Office’s back. ‘Let’s just build it up again quietly’, he told a correspondent. ‘Once the ground floor is up … no one is going to tell us to pull it down again.’ But, when he learned of Blanck and Hebebrand’s survey, it was clear that such a cavalier approach wasn’t going to work. Realising that he needed allies, he began writing to politicians, writers and scholars to drum up support. His appeals were elegant, pithy and charming – as different from the screeds of his opponents as it was possible to be. And they soon bore fruit. Within weeks Beutler had received support from the industrialist Richard Merton, the Social Democratic politician Kurt Schumacher and the novelist Ernst Wiechert, among others.

By far the most important backing came from Hermann Hesse. Alongside his friend, Thomas Mann, Hesse dominated the world of German literature. His novels – including Siddhartha (1922), Der Steppenwolf (1927) and Das Glasperlenspiel (1943) – had won him the Nobel Prize for Literature in 1946. Though he remained in self-imposed exile in Switzerland, he had devoted his life to exploring the individual’s quest for authenticity and self-knowledge.

Unlike many of Beutler’s critics, Hesse was not an uncritical admirer of Goethe. Whenever he read Goethe, he found himself arguing with what was on the page. Along with Nietzsche, Hesse wrote, Goethe ‘is the bane of my intellectual life’. He was also aware of what a dreadful bore the old Goethe had been: pompous and given to drink. Yet, ironically, this was precisely why Hesse regarded Goethe as such an important writer – especially for the postwar period. Goethe was impossible to pin down. Whenever he said one thing, he revealed its opposite to be equally true. Humanity was his abiding concern, but he abandoned nature. He was at once a classicist and a Romantic, a high-minded esoteric and, in later life, a pompous drunk. He was the perfect antidote to the cruel certainties and unyielding clarity of recent years – exactly what Germany needed.

Hesse had no hesitation in supporting Beutler’s plan. He was acutely aware that there were other more pressing needs. But he was nevertheless convinced that it was ‘a vital, even sacred’ enterprise.  It wasn’t just that the destruction of the Goethehaus represented the loss of something beautiful and good. After all, commemoration – or rather preservation – should not be about merely freezing something in time. Rather, what made the Goethehaus so important was its potential to remind people of Goethe’s polyvalence, to force them to think critically – in short, to inoculate them against their own times. Without it, future generations would be deprived of ‘an irreplaceable means of education … of a substance without which mankind could live’, if absolutely necessary, ‘but without which, life is a hundred times more stunted and shrivelled’.

Hesse’s intervention was to prove decisive. On 19 April 1947 Beutler won the city council’s approval to rebuild the Goethehaus as it had been. Blanck and Hebebrand were utterly routed. Three months later André Gide presided over the laying of the foundations and the mayor of Frankfurt, Walter Kolb, proudly declared that the house would be ‘a place of peace, of spiritual understanding between nations’. Two years later, the Goethehaus was reopened.

Commemoration remains a highly charged subject. Since Beutler’s struggle for the Goethehaus, the fault-lines have changed. Our debates about who to remember (or forget) revolve around quite different issues – and are set against different traumas. Yet the Goethehaus remains a powerful warning against drawing our battle lines too clearly. Hesse reminds us that, in an age of competing truths and unflinching certainties, what sometimes needs celebrating most is the equivocal, fragile history of ambivalence and uncertainty. 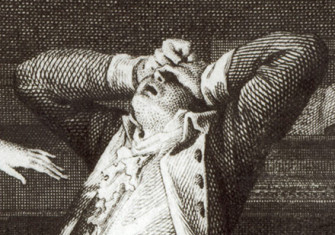 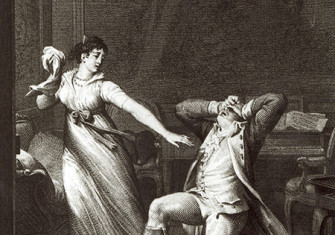