Dressing in historical clothes can reveal things about the past that no book can. 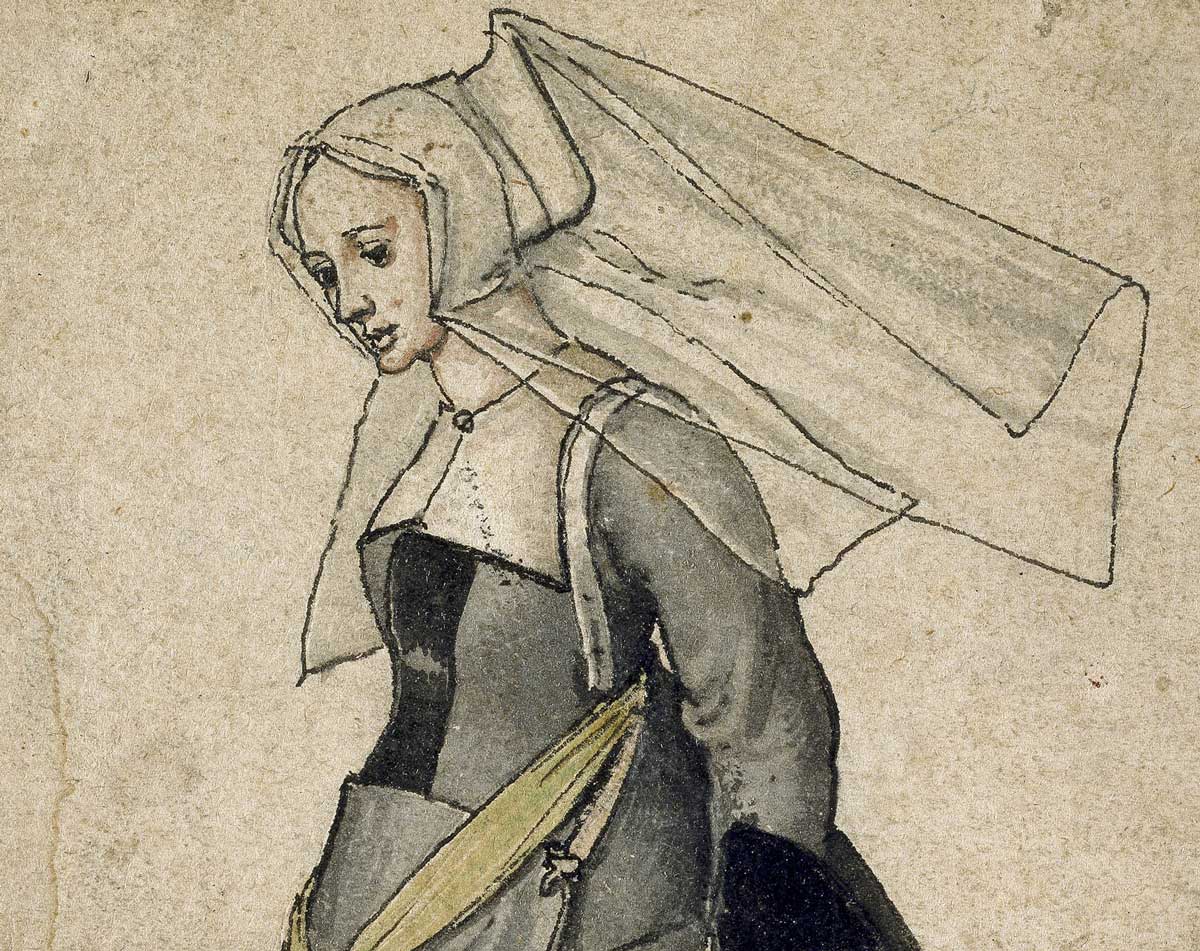 When TV producers suggest that I put on historical costume, I tend to recoil. In part this is so as not to step on Lucy Worsley’s toes and I’m sure it’s partly vanity; certain I really wouldn’t suit a gable hood (the Tudor headdress that looks like a jewel-encrusted birdhouse). But it’s also about wanting to be seen as a ‘Serious and Proper’ historian: and dressing up doesn’t seem to help that cause.

I couldn’t, however, escape the latest offer and although, at first, I felt a bit foolish, I learnt much from it. For it turns out there is a world of difference between an intellectual and an embodied understanding and I learnt things that I could never have otherwise known.

It might help to imagine what I’m talking about. Women’s clothing in early 16th-century England consisted of a large, low-necked, linen smock or undershirt. Stockings were held up under the knee by tied ribbons and the flat leather shoes had a single strap, like a pair of school Clarks. Over this went a fulsome woollen petticoat, with built-in padding at the hips or a separate ‘bum roll’ and then – like the petticoat, put on over the head – a kirtle. This was a sort of dress or tunic that laced up at both sides from under the arms to the waist. On top of this was a gown. It hung to the floor and laced up at the front over the chest and stomach, although that lacing was hidden by a pinned- or sewn-on stomacher. The gown actually had two sets of sleeves: a pair of foresleeves that were tied on with laces and fitted close to the forearm and a pair of oversleeves that were voluminous and draping. On top of the hair, tied back with a central parting, went the hood, normally over a linen coif.

First I was struck by what was unfamiliar: the strangeness of wearing shoes with no heel, the heavy weight of the garments bearing down on my hips – much like carrying a toddler in a backpack – the need to hold my head erect to keep the hood in place and, because it affected my peripheral vision, the necessity of turning my head to look around me, rather than just using my eyes. I soon discovered that two women can walk beside each other, but one cannot follow closely behind another, for fear of treading on the other’s train. I wonder if there is a metaphor here. These were all things that would have felt normal to someone used to wearing these clothes from childhood.

What also became clear, though, was the need for servants. You need a servant to dress: the three sets of lacing, the need to be pinned or sewn into the stomacher, the sheer impossibility of putting on shoes under those skirts if you haven’t done so at the start. Once dressed, you also need a servant to do anything weighty or physical that needs doing. In portraits of Tudor women they bend their elbows and hold their hands meekly together. I now know that it was not just a way of flattering the waist but because, in a gown, that’s about as far as one can lift one’s arms. There will be no reaching for things on high shelves. No wonder that women who did physical work wore only the smock, petticoat and kirtle. It is also clear to me that films that depict intimate scenes with clothing taken off are wildly inaccurate. If there was a flicker of passion to satiate, there would have been no scrambling out of these clothes, only a scrabbling under.

The heavy clothes were also very warm: hot on a cool April day, surely stifling in July. While European temperatures dropped by the 1560s, it has been calculated that the highest daily temperatures in the 1540s were hotter than 2003. Though natural fibres breathe, I still don’t know how they coped. I feel for women who experienced the menopause or pregnancy in 1540 (for these clothes, unlike ours, would easily have accommodated a bump).

These reflections, and many more, jolted me out of seeing this as ‘costume’. These were clothes, not costumes, and the clothing of the past can help us, in unexpected ways, to imagine ourselves into their world. Wearing Tudor clothes felt like serious and proper historical research. It taught me more than reading about them had ever done. And that I was right – I really don’t suit a gable hood. 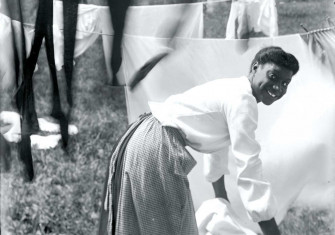 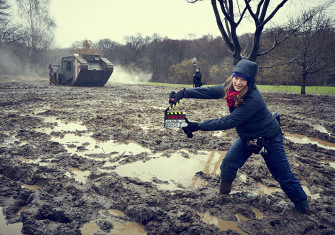