The end of the year was a time for fasting, feasting and poking fun at the status quo.

In Tudor England, the festive season was a tale of contrasts. It began with a period of spiritual preparation for the coming of Christ. Its name, Advent, came from the Latin, advenīre, to come towards. It was a season of fasting, which meant fish, soups and stews instead of roasted meats and pies. Christmas Eve was stricter with no meat, cheese or eggs. As appetites sharpened, excitement built, for it was on Christmas Eve that people decorated their houses and churches for the coming feast. John Stow recalls ‘every man’s house’ in the early 16th century decked with holly and ivy, while candles pierced the winter darkness.

The fast was broken with the Christ Mass in the morning of Christmas Day, but 25 December was only the first of 12 days of merriment and feasting that lasted through to Epiphany on 6 January. We do not need the inelegant ‘Betwixtmas’: these were the Twelve Days of Christmas.

Christmas meant brawn and goose. A boar’s head was the first dish to be served; Wynkyn de Worde includes, in his 1521 collection, a carol to be sung at the entry of the boar’s head. The ‘banquet’ was a course of sweetmeats that followed. Brigitte Webster notes that Twelve Days’ favourites were marchpane – baked marzipan made with almond paste and rosewater, glazed with icing sugar – and macaroons.

The feast on Christmas Day was large, but those on New Year’s Eve and Twelfth Night were greater still, and the largest was on New Year’s Day. In 1598, Percival and Bridget Willoughby’s gentry household served three pieces of brawn, 18 pieces of beef, three mutton carcasses, half a veal, half a porket (a small pig), a pig, four geese, four capons, 16 conies (rabbits) and half a venison – as much meat as normally would have been eaten in one week.

The local landowner was expected to offer hospitality to his tenants and all were enjoined to open their houses to the poor. The Paget family invited 100 of their tenants to a feast on Holy Innocents’ Day – 28 December – in 1579 and another 100 or so ‘unbidden’ people were also fed.

The Twelve Days marked a long winter break from work. Performance filled time. During Henry VIII’s first Christmas as king, the children of the chapel sang ‘Gloria in Excelsis’; players performed three times in the Great Hall, including on Twelfth Night; and New Year’s Day payments were made to trumpeters, two sets of minstrels and a blind poet, Bernard André. Noble and religious houses followed suit, while parishes paid players or put on their own shows.

A crucial Christmas entertainment was the temporary government of the Lord of Misrule. At the royal court, in noble houses, Inns of Court and university colleges, Misrule presided, mocking and turning the world upside down. He even had a gibbet for mock executions. Similarly, in cathedrals and churches, boys from the choir were ‘appointed’ as bishops. Such inversion of the norms was fun and necessary. In 1444 some clerics had defended the tradition:

We do these things in jest and not in earnest, as the ancient custom is, so that once a year the foolishness innate in us can come out and evaporate. Don’t wine skins and barrels burst very often if the air-hole is not opened from time to time? We too are old barrels.

New Year was the time for gift-giving. Felicity Heal has shown that gifts given to one’s servants or lords were a way of honouring the social hierarchy. We have scant evidence of whether ordinary people gave each other anything: Erasmus suggests that, at most, there were practical presents like knives and handkerchiefs, but hospitality was the chief gift among non-elites.

The season ended with Plough Monday – the first Monday after Epiphany and the formal start of ploughing season. Toil began again, spirits renewed by denial followed by hospitality, charity and indulgence. We seem only to remember the latter. 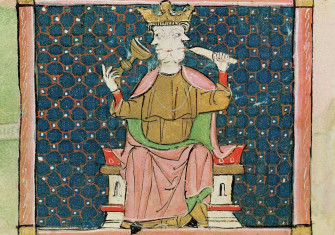 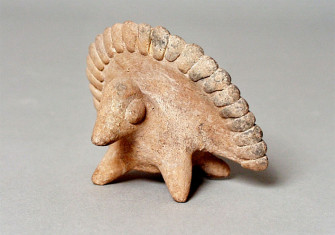