Blessed with beauty and wealth, California fails to come to terms with its past. 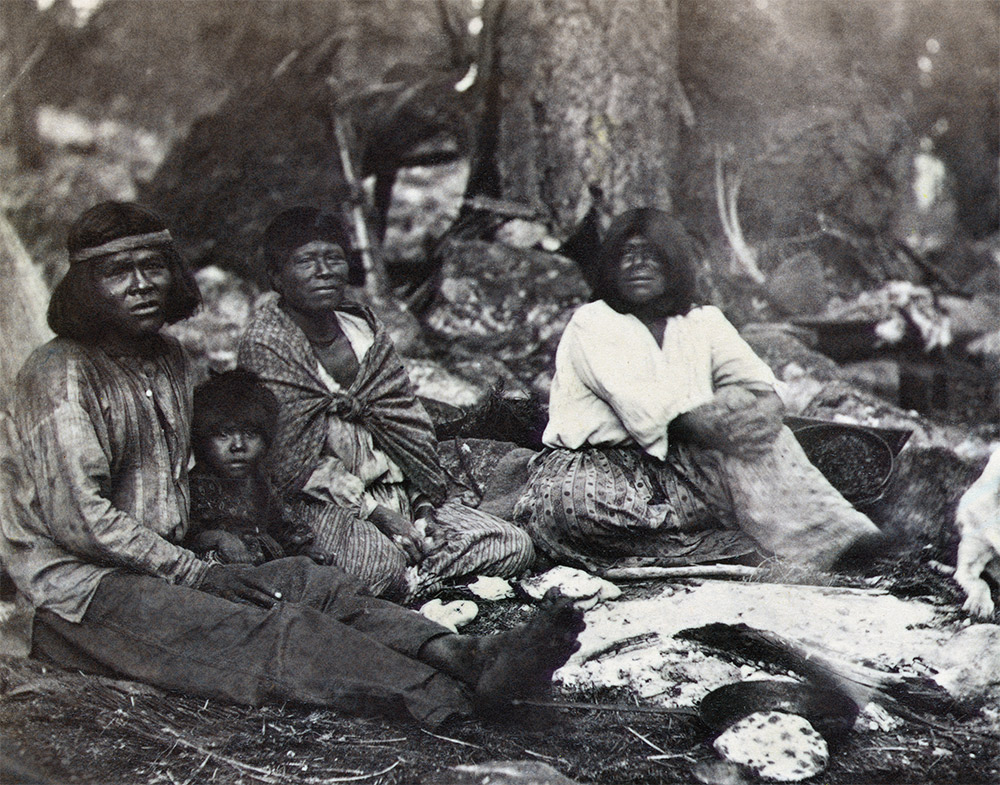 This summer I had the good fortune to spend time in California, a land with spectacular natural beauty and a relatively recent recorded history. The museums and historic sites we visited tend to summarise this by saying that for thousands of years the Native Americans of California – the Shasta, the Chumash, the Yurok, or one of the many other California Indian tribes and language groups – lived in harmony with the land until, in the late 18th century, Spanish Franciscan friars from Mexico arrived in Southern California to found missions, convert the native peoples and set them to labour on the mission farms and ranches, colonising the area between San Diego and Fort Ross. The Spanish coincided with Russian fur traders, who had arrived in California by way of Alaska and who imposed their own form of colonisation on the coastal regions, as they sought the precious pelts of sea otters. In 1846, US military officers took control of California, declaring it to be ‘henceforth … a portion of the United States’. In 1848, gold was found in the American River and, by 1849, fortune-seekers had started to arrive in great droves. Others came to California to take advantage of the beautiful and fertile landscape, to found lodgings, build roads and run lumber mills. The modern settlement of California had begun.

In 1880, a census recorded that there were just 16,277 Native Americans in California. It is estimated, however, that a century earlier the native population had been around 310,000; approximately half are thought to have died in the Russo-Hispanic period (1769-1846). This means that the Native American population fell by around 134,000 in the 31 years that followed the discovery of gold. Many, especially in the first swathe, had died from what Thomas Hariot in his 16th-century account of the native peoples of Virginia – pondering the ‘marvellous accident’ by which ‘within a few days after our departure … the people began to die very fast’ – described as ‘invisible bullets’: the diseases carried by Europeans that proved deadly to native peoples in colonised areas around the world. But many others died from forced labour and racially motivated massacres.

This fact is glossed and passed over in several of the museums and commemorative sites I’ve seen. The deaths of the Native Americans are mentioned, but disease carries the weight of responsibility and the story quickly moves on to the intrepid settlers, many of whom experienced great hardships. An honourable exception was the excellent volunteer-run museum at Mount Shasta, whose interpretation claims that the gold-seekers and settlers burned native villages and shot their people. They tell the story of Chief Sunrise, Got-A-Uke-Ek-Su, of the Shasta people, who signed a peace treaty in 1851, which was celebrated by a barbecue hosted by the Scott Valley settlers. It was poisoned. Although the chief himself did not eat, realising that the white people were not eating, many Shasta people died and the survivors were forced to relocate to Indian reservations in other states. Only 30 Shasta women, who had married white men, stayed in the area. All today’s Shasta people are descended from them.

The scholarship is, however, unequivocal about the extermination of the native peoples of California. Benjamin Madley’s 2017 book, An American Genocide, cites earlier works, such as that by anthropologist Russell Thornton, who recognised that ‘the largest, most blatant, deliberate killings of North American Indians by non-Indians surely occurred in California’. Madley’s work exposes many of the so-called Indian wars as simple massacres. If the reality of this has gone unnoticed, it is probably because, between 1846 and 1873, around 80 per cent of Californian Indians died and many of the massacres left no survivors. There are, therefore, few recorded voices of native witnesses to the killings – non-native perpetrator and bystander reports, biased and minimised as they are, become the historian’s major source.

Adam Hochschild’s superlative King Leopold’s Ghost (1998) examines the forced labour and mass extermination of the Congolese people under King Leopold of Belgium, whose personal fiefdom it was. It almost coincided with the Californian atrocities. Both genocides were justified and legitimised by racial hatred. Ideas are not innocent. Remembering the damage they do is why the study of history is so important.