The Maiden Voyage of the Queen Mary

Richard Cavendish describes the maiden voyage of the Queen Mary on May 27th, 1936. 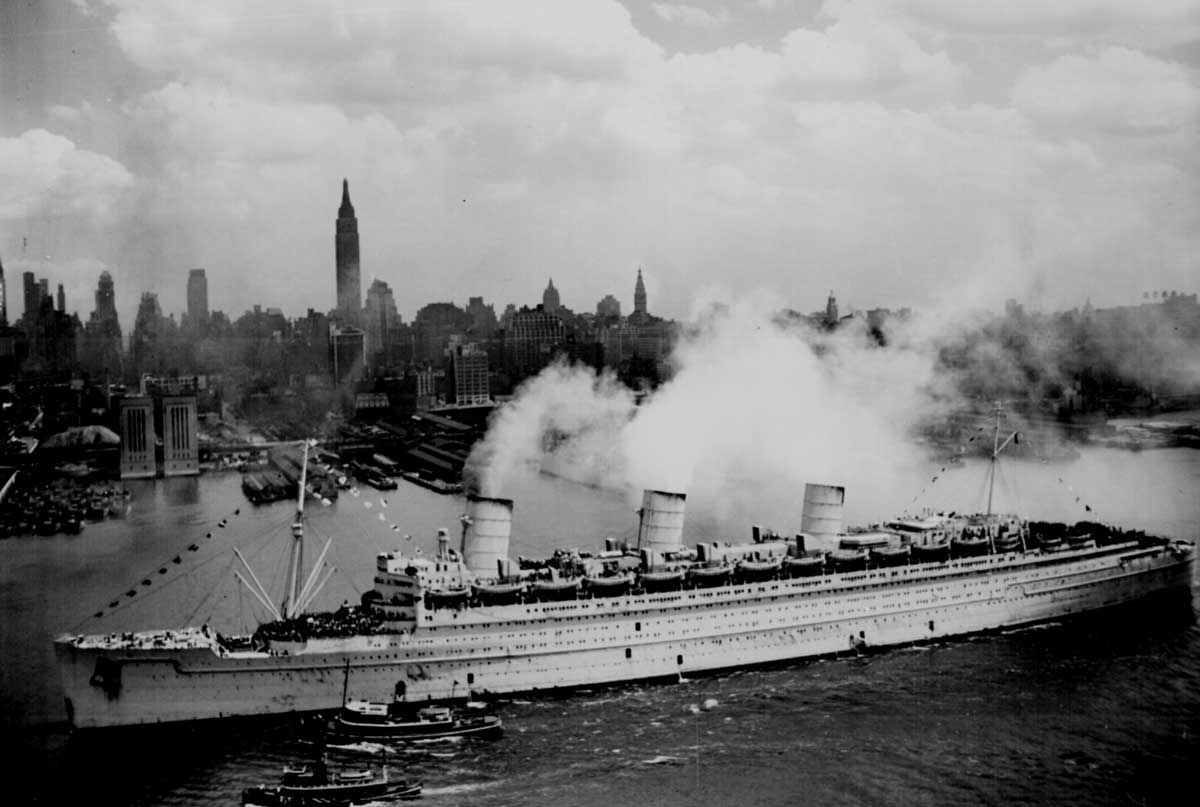 According to legend while the Cunard-White Star Line’s new Hull Number 534 was under construction at the John Brown and Company’s shipworks on the Clyde no women were allowed anywhere near it in case a feminine presence should distract a male worker from a delicate task at a critical moment. There were in fact many problems, but in the end the new vessel was formally launched with all proper ceremony in pouring rain on September 26th, 1934 by a woman: Queen Mary herself.

The 80,000-ton liner had been built in the teeth of the Great Depression to replace the ageing Mauretania and compete with British, German and French rivals on the Atlantic passage. Her keel was laid down in January 1931, but work had to be halted in December because Cunard had run out of money. The company turned to the government, which eventually produced a loan on condition that Cunard merged with its main British rival, the White Star Line, which was also in severe financial difficulty.

The Queen Mary boasted a top speed of more than 30 knots and a crew of 1,100, which was more than one for every two of her full complement of 2,100 passengers. With a stylish Art Deco interior, she had an indoor swimming pool, a library, a children’s nursery and a kennel for the passengers’ dogs. By May 1936 she was at last in Southampton ready for her maiden voyage to Cherbourg and then across the Atlantic. Supplies loaded included 50,000 lbs of fresh meat, 50,000 eggs, 14,500 bottles of wine and 25,000 packets of cigarettes.

Excited crowds watched the ship leave, a band played and an armada of vessels escorted her out of Southampton harbour. Fog prevented any hope of an Atlantic passage in record time and the ship was found to roll alarmingly and require far more handrails. At its worst, apparently, you could walk along a corridor with one foot on the wall.

The Queen Mary reached New York harbour on the morning of June 1st. Admiring crowds watched her make her way to her berth as bands played her in and many paid a dollar to charity to see round her. Cunard-White Star’s publicity department made much play of the approving comments from American publications: ‘A new peak in luxury at sea’ (New York Times); ‘Just about the most beautiful ship afloat’ (The New Yorker); ‘Regal a ship as ever ruled the waves’ (New York American). In August the Queen Mary took the coveted ‘blue riband’ of the Atlantic with a crossing in record time and the ensuing rivalry between her and the French Normandie would be constantly in the news for the rest of the decade.