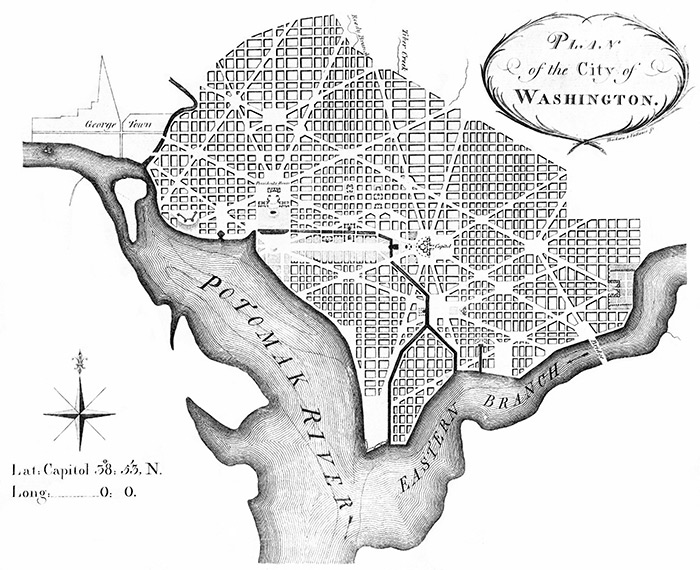 Looking from the steps of the Capitol Building in Washington D.C., across the wide, open, green expanse known as the Mall, over to the Washington Monument one has a unique urban vista. The Mall is lined with distinguished art galleries, museums and large trees, and is only part of what the city has inherited from its planner, Pierre Charles l’Enfant. It is hard for us to understand how l’Enfant’s vision of the city could have been labelled ‘ostentatious’ by some of his contemporary critics.

L’Enfant was descended from a distinguished family of artists. His grandfather was a portrait painter during the reign of Louis XIV; his father began his career by painting battle scenes, and was commissioned by the Count d’Argenson to paint a series of sieges for his residence at Neuilly.

L’Enfant’s father later became an academician at the Royal Academy of Painting and Sculpture, and was also made Director of the Manufacture of the Gobelins in Paris. Before he retired, he spent eight years at Versailles, executing paintings for the Salon of the Ministry of War.