The Killing of Jack Cade

The leader of the rebels was captured and mortally wounded on 12 July 1450. 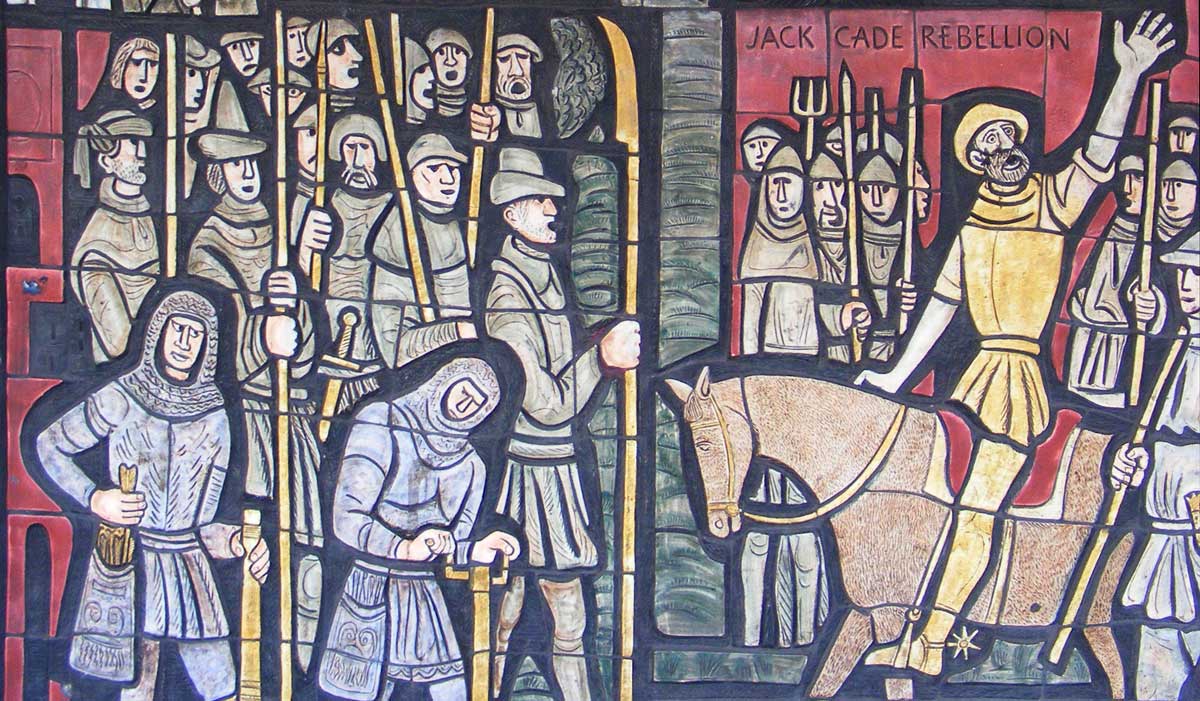 Through the haze of government propaganda, it is not possible to say with confidence who exactly Jack Cade was. According to the hostile official line, he was a man of low origins, born in Ireland, who murdered a woman in Sussex in 1449, fled abroad for a time and returned to live in Kent under the name of John Aylmer. Whoever he really was, Cade emerged from obscurity as the leader of rebels against Henry VI’s weak and incompetent government, who in spring 1450 issued The Complaint of the Poor Commons of Kent. The rebels complained bitterly of the government’s financial exactions, corrupt officials and the idea that the king was above the law. They also bemoaned the loss of France, which had severely damaged Kent’s foreign trade.

In the first week of June some 20,000 rebels appeared in arms at Blackheath. Most were peasants, but there were also many shopkeepers and craftsmen and not a few gentry. Cade was at their head and they had support on the quiet from some of the London merchants. Cade took to calling himself John Mortimer, implying a link with the Duke of York, the regime’s principal opponent, who was in exile in Ireland. A small royal force sent against the rebels was swiftly routed. The King fled ignominiously to Warwickshire and the rebels advanced to Southwark. On July 3rd they crossed London Bridge to enter the City, seized Lord Saye and Sele, the detested Lord Treasurer, cut his head off in Cheapside and paraded it through the streets on a pole. Cade did his best to stop the killing, raping and looting, but without success. This turned the Londoners decisively against him and may have alienated his own respectable followers as well. In these circumstances, on the 6th the Lord Chancellor, Archbishop Kempe, was able to persuade Cade to disband his force on the promise of official pardons, which were issued the next day.

The rebels quickly dispersed. Cade himself was at Dartford on the 8th and Rochester on the 9th, where he discovered that the government was offering a thousand marks for him alive or dead. He left two days later in disguise, but was captured and mortally wounded in a skirmish, possibly at Hothfield, near Ashford, or near Heathfield in Sussex. His body was taken to Southwark and quartered, for display around the country. Most of his followers were left in peace, but there were further sporadic risings in Kent and elsewhere which were savagely put down. Whether the Yorkists were involved in Cade’s rebellion in any way is doubtful, but it can be seen as a curtain-raiser to the Wars of the Roses.