In September 1513 the fourth James Stewart became the last king to die in battle on British soil. Linda Porter argues that his life and achievements deserve a more positive reassessment. 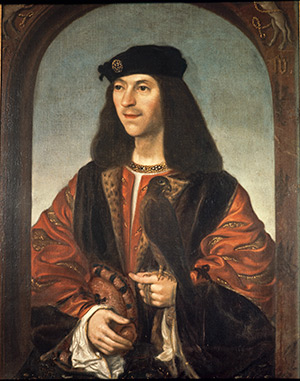 The intermittent upheaval known in England as the Wars of the Roses has coloured our view of the 15th century, yet north of the border the Scots were no strangers to the difficulties posed by unsuitable monarchs, long minorities, overmighty subjects and rebellion. Stability was an elusive dream in Britain at the beginning of the early modern era. But while the rise of the Tudors after Bosworth brought a new dynasty to England, the Stewarts, who had occupied the throne of Scotland since 1371, were beset by their own family troubles.