Dutch sovereignty was transferred to the United States of Indonesia on November 2nd, 1949. 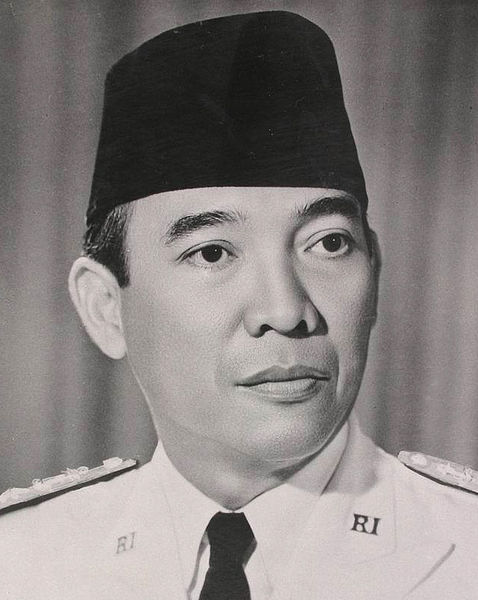 When the Japanese surrendered in 1945, the East Indies nationalists seized the opportunity to throw off the colonial yoke of the Dutch and proclaim the independent state of Indonesia which the Japanese had promised them. Neither Communism nor Islam much appealed to the nationalists, who were led by Achmed Sukarno and Muhammad Hatta. Sukarno, the son of a school-teacher and Theosophist, had little time for religion or ideology and believed himself a man of destiny. He had been imprisoned and exiled by the Dutch. So had Hatta, a Sumatran with a Rotterdam University degree in economics. Both had collaborated with the Japanese and helped to organise a Japanese-backed Indonesian army.

Equipped with Japanese weapons, the nationalists waged an armed struggle against the Dutch, who had powerful economic reasons for recovering the East Indies and believed that most Indonesians wanted them to return. Dutch forces made substantial headway in Java and Sumatra, but there was fierce criticism in the United Nations, and the United States pressed for a negotiated solution. Eventually a conference of 120 delegates assembled at The Hague in August 1949 under the chairmanship of the Dutch prime minister, Willem Drees. The nationalist delegates were skilfully led by Hatta. On November 2nd, after ten weeks of haggling, the conference reached an agreement which transferred Dutch sovereignty to the United States of Indonesia, with Queen Juliana of the Netherlands as titular head of a new Netherlands-Indonesian Union, Sukarno as Indonesian president and Hatta as prime minister. The thorny question of Dutch New Guinea (Irian Jaya) was put aside for later. The Dutch released thousands of political prisoners before independence was formally celebrated on December 27th. The new Indonesia, with a population of 78 million on an archipelago approaching 2 million square kilometres of land, immediately became an important factor in the Southwest Pacific.