It is the issue of Russian identity, rather than strategic or economic importance, that lies at the heart of the Crimean crisis, argues Alexander Lee 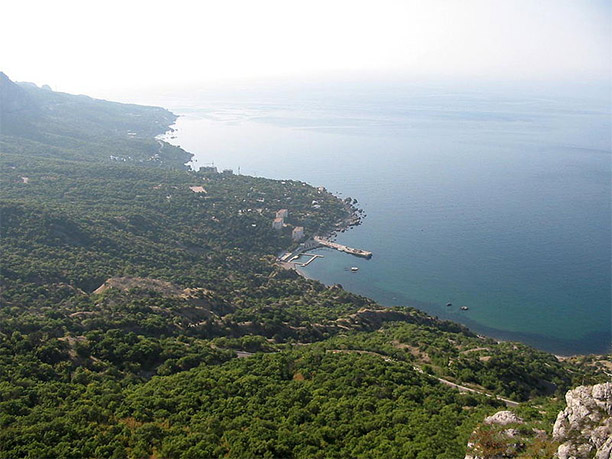 It is perhaps easy to see the Russian attempt to seize control in Crimea as nothing more than a cynical land-grab. But while the strategic and economic importance of the peninsula cannot be ignored, it is the issue of Russian identity that is at the heart of the Crimean crisis. As the Russian military has strengthened its hold over key sites in recent days, it has become clear that political leaders in both Simferopol and Moscow are acting on the belief that the troubled peninsula is culturally and ethnically a part of Russia. It was after hoisting the Russian flag above the Crimean parliament that de facto Prime Minister Sergey Aksyonov appealed for President Vladimir Putin’s help in securing the region against perceived threats from the new, pro-European government in Kyiv. And as large-scale pro-Russian demonstrations swept across Crimea, it was on the grounds of protecting “Russian citizens” that Putin himself asked the Duma for permission to deploy troops in the region. In the eyes of Akysonov, Putin, and their supporters on the ground, Crimea is Russian through and through.

This claim is seriously flawed. On demographic grounds, there are troubling problems. In the 2001 census ethnic Russians accounted for only a slender and shrinking majority of the Crimean population (58.5%, down from 65.6% in 1989). Living alongside sizeable Ukrainian (24.4%) and Tatar (12.1%) communities, a significant number of these consider themselves wholly ‘Ukrainian’. In the 1991 referendum on the creation of the Autonomous Crimean Republic, only 54% of Crimean voters supported independence. Indeed, so complete is the integration of the Russian population, that assertions of Russian identity have produced some startling displayed of loyalty to Ukraine. To take just one example, Commander Maxim Emelianenko - the ethnically Russian commander of the Ukrainian Navy corvette Ternopil – refused to surrender his vessel to a Russian commander on 4 March on the grounds that, as a Russian, he could not abandon his oath of allegiance to the people of the Ukraine. It is far from clear that in a free and fair election, Crimeans would choose to secede from Ukraine, much less accept Russian suzerainty.

Instead, Russia’s claim to Crimea is based on its desire for territorial aggrandizement and – more importantly – on history. As Putin and Akysonov are keenly aware, Crimea’s ties to Russia stretch back well back into the early modern period. After a series of inconclusive incursions in the seventeenth century, Russia succeeded in breaking the Ottoman Empire’s hold over Crimea with the Treaty of Küçük Kaynarca (1774), before formally annexing the peninsula in 1784. It immediately became a key factor in Russia’s emergence as a world power. Offering a number of natural warm-water harbours, it gave access to Black Sea trade routes, and a tremendous advantage in the struggle for the Caucasus. Once gained, it was not a prize to be willingly surrendered, and the ‘Russianness’ of Crimea quickly became a cornerstone of the tsars’ political imagination. When a spurious dispute over custody of Christian sites in the Holy Land escalated into a battle for the crumbling remnants of the Ottoman Empire in 1853, Russia fought hard to retain its hold over a territory that allowed it to threaten both Constantinople and the Franco-British position in the Mediterranean. Almost a century later, Crimea was the site of some of the bitterest fighting of the Second World War. Recognising its military and economic importance, the Nazis launched a brutal attempt to capture the peninsula as a site for German resettlement and as a bridge into southern Russia. And when it was eventually retaken in 1944, the reconstruction of Sevastopol – which had been almost completely destroyed during a long and bloody siege – acquired tremendous symbolic value precisely because of the political and historical importance of the region. Even after being integrated into the Ukrainian Soviet Socialist Republic and – later – acknowledged as part of an independent Ukraine after the fall of the USSR, Crimea’s allure was so powerful that the new Ukrainian President, Leonid Kraychuk, claimed that Russia’s attempts to assert indirect control of the peninsula betrayed the lingering force of an ‘imperial disease’.

But while Crimea and Russia are bound by the ties of history, the cultural and demographic basis of Russian claims points to the deeply troubled nature of their relationship. Although they may represent only a narrow majority of the Crimean population, and may not support the imposition of Russian control, the presence of so many ethnic Russians in the peninsula is testimony to a bloody and unpleasant past marked by forced relocations and genocide.

At the time of Russia’s first appearance on the Crimean scene, peninsular society was nothing if not heterogeneous. Since the early Middle Ages, the greater part of the population was comprised of Tatars, amongst whom could be numbered Central Asian Muslims, Karaite Jews, and even a few Goths. Thanks to the Ottoman Empire’s longstanding presence, there were also a large number of Anatolian Turks, Greeks, Wallachians, Armenians, and Moldavians. But in the mix were also Genoese left over from the days when the city dominated trade in the Eastern Mediterranean and a sizable number of Cossacks from the Don region.

The advent of Russian control, however, brought change. At first, it was largely peaceable. Soon after Catherine the Great asserted her suzerainty over the region, the Russian population began to swell as immigration increased. But the Crimean War signalled the beginning of a more dramatic – and significantly less pleasant – process of transformation. In the wake of the devastation wrought by the conflict and the forcible appropriation of land by the state, large numbers of indigenous Tatars fled for the Danube delta, leaving an influx of Russians to take their place. While Tatars had accounted for 83.5% of the population in 1839, they dwindled to only 35.6% by 1897.

The non-Russian population of Crimea was to suffer further even worse under the Soviet Union, and between 1921 and 1945, two broad phases of persecution devastated their position in the peninsula. The first was dominated by the fearsome effects of Stalinist economic policy. In keeping with the centralised aims of the First Five-Year Plan (1928-32), Crimean agricultural production was collectivised, and reoriented away from traditional crops such as grain. On top of this, bungling administrators imposed impossibly high requisition quotas. The result was catastrophic. In 1932, a man-made famine swept through the peninsula. Although agronomists had warned their political masters of the danger from the very beginning, the Moscow leadership did nothing to relieve the situation. Indeed, quite the reverse. As starvation began to take hold, Stalin not only prosecuted those who attempted to collect left-over grain from the few remaining collectivised farms producing grain, but also hermetically sealed regions afflicted by shortages. He was using the famine to cleanse an ethnically diverse population. A true genocide, the Holodmor (‘extermination by hunger’) – as this artificial famine is known – killed as many as 7.5 million Ukrainians, including tens of thousands of Crimeans. And when it finally abated, Stalin took the opportunity to fill the peninsula with Russians, such that by 1937, they accounted for 47.7% of the population, compared to the Tatars’ 20.7%.

The second phase – covering the period between 1941 and 1945 – compounded the terrible effects of the Holodmor. On its own, the appalling casualties caused by the savage battle for Crimea would have decimated the peninsula. Some 170,000 Red Army troops were lost in the struggle, and the civilian population suffered in equal proportion. But after the Soviet Union regained control, the region was subjected to a fresh wave of horror. Accusing the Tatars of having collaborated with the Nazis during the occupation, Stalin had the entire population deported to Central Asia on 18 May 1944. The following month, the same fate was meted out to other minorities, including Greeks and Armenians. Almost half of those subject to deportation died en route to their destination, and even after they were rehabilitated under Leonid Brezhnev, the Tatars were prohibited from returning to Crimea. Their place was taken mostly by ethnic Russians, who by 1959 accounted for 71.4% of the population, and – to a lesser extent – Ukrainians.

The lesson of this terrible history is clear. If Russia’s seizure of Crimea is predicated on claims that it is culturally and ethnically Russian, the peninsula has only acquired this character because of Russian brutality. Even setting aside the fact that few ethnic Russians want the Crimea to be subject to Moscow, the realisation that Russia has systematically victimised its people over centuries must surely caution against any resumption of power in the peninsula. If he were to consider the past more closely, therefore, Vladimir Putin would see that atonement and not invasion is what is required.

Alexander Lee is the author of The Ugly Renaissance 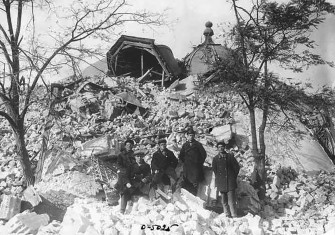 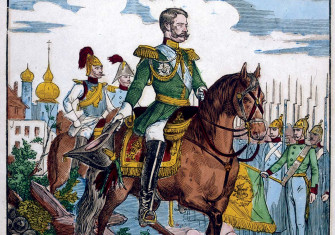