The long, often troubled relationship between Britain and India has led to some extraordinary cross-cultural innovations in cuisine.

As a dish is handed down the generations, passed between cultures, or shipped abroad, its recipe is re-inscribed by all those who eat it. At first, the differences might seem small, but, over time, it can change out of all recognition. New ingredients are substituted for old, new methods of preparation are adopted and, every now and then, new names are bestowed. But while the accretion of such alterations may obscure the original, each new ‘layer’ tells us something about a different group of consumers: their tastes, their economy, their language and, most importantly, their relationship with those from whom they adopted the dish in question.

This is particularly true of Anglo-Indian cuisine. While the most obvious examples are, of course, curry and mulligatawny soup, perhaps the best is kedgeree: a rich and satisfying dish made from flaked fish, hard-boiled eggs, rice, butter, spices and sultanas. Though it bears little resemblance to the Indian dish from which it was derived, the subtle – and not-so-subtle – changes that it underwent before assuming its current form reveal a great deal not only about the habits of the British Raj, but also about Western attitudes towards India more generally.

From curiosity to contempt

Kedgeree is thought to have begun as khichdi (or khichri), a traditional Indian dish made from rice and lentils or, less commonly, with millet (bajra) and mung beans. Where and when it first emerged cannot be known with any certainty, but its extreme antiquity is beyond doubt. Taking its name from the Sanskrit word khiccā, it is known to have existed in one form or another at least as far back as the fourth century BC. More likely than not, its ingredients varied between regions, depending on the season, the availability of crops and the religion of its consumers. Even at this early date, however, it attracted the attention of foreign visitors, who recognised it as a staple of native cuisine. Shortly after the death of Alexander the Great, for example, the ambassador of his former commander, Seleucus I Nicator, to the Maurya Empire, noted that a dish of rice and pulses was popular with the people of the Indian subcontinent.

Yet it was not until after the Mongol invasions and the reopening of the Silk Road that khichdi began to attract attention from abroad. Preoccupied above all with trade, European and North African travellers were anxious to learn what they could about Indian customs and food, including khichdi. Their curiosity was, however, merely functional. They were content to familiarise themselves with its basic ingredients and identify any similarities with their own cuisine, but nothing more. It was thus that the Berber explorer, Ibn Battuta (1304-1368/9) described the mung-bean variant he encountered on his journey from Multan (in modern Pakistan) to Delhi in c.1332-3. After some brief notes on the cultivation of mung beans, he noted that it was:

cooked with rice and accompanied with ghee when eaten. This is called kishrī, and [the natives of the region] breakfast on it every morning. It is to the Indians what barīra is to the Moroccans.

During the Age of Discovery, the West’s attitude towards the Indian subcontinent became more disdainful and exploitative. As a result, travellers came to view khichdi as a more ‘alien’ dish. Less troubled by curiosity – even of a functional variety – they ignored any similarities with their own cuisine and instead concentrated on the unfamiliarity of its ingredients, which they tended to view through the prism of ethnic and religious prejudices. A good example is provided by the Russian merchant and explorer, Afanasy Nikitin (d.1472). In his travelogue, Khozheniye za tri morya (A Journey Beyond the Three Seas, 1466-72), he described khichdi rather scornfully, on one occasion using it to illustrate the peculiarity of Hindu dietary rules and, on another, equating it with horse feed. 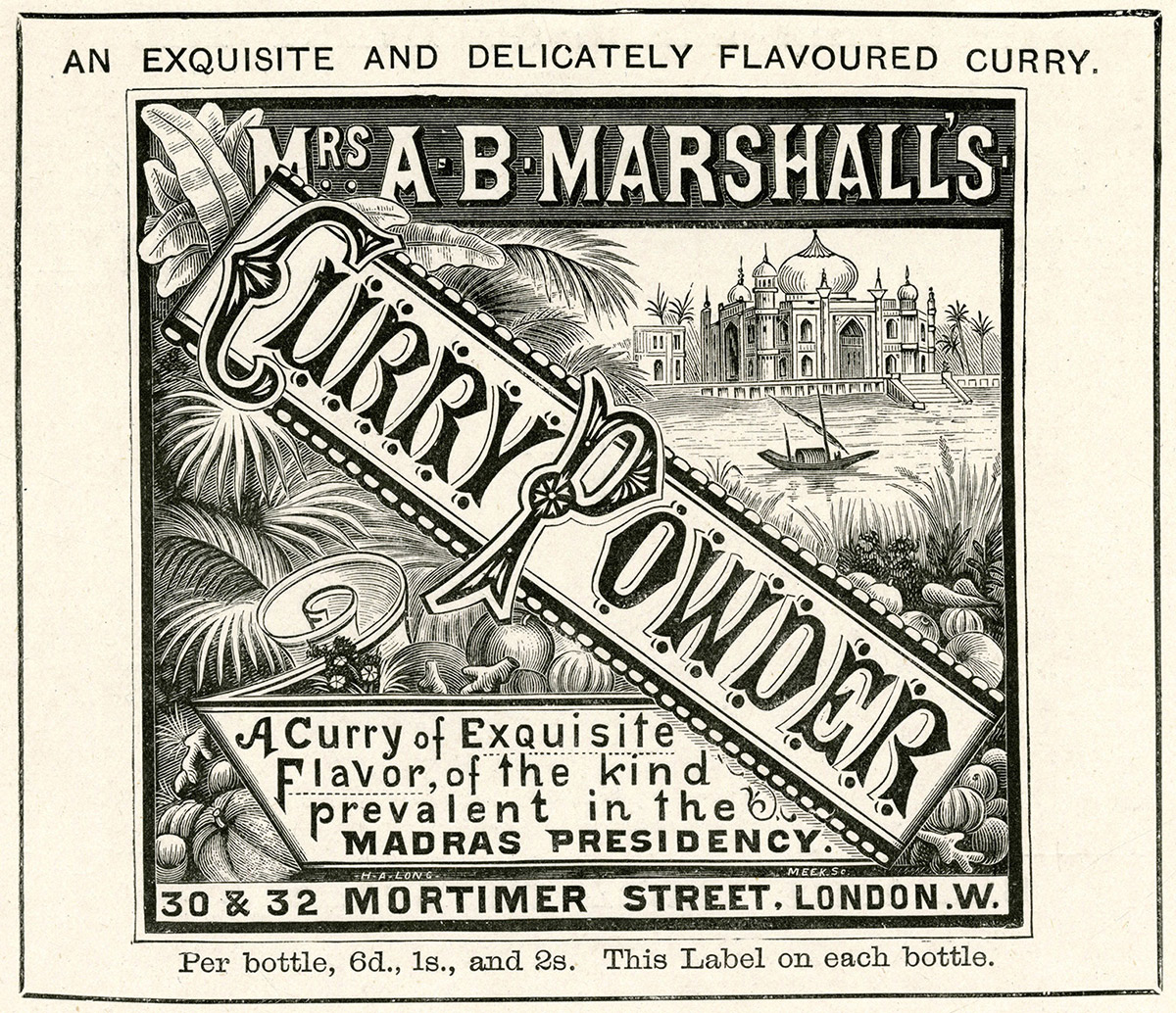 Rarely did early modern travellers trouble to enquire too closely into the varied nature or wide diffusion of khichdi. Nikitin, for example, was oblivious to the fact that, by the late 15th century, it was far from being an exclusively Hindu dish. Only a few decades after his death, Abu al-Fazal ibn Mubarak (1551-1602), the Grand Vizier of the Mughal Emperor, went to some lengths to stress its popularity among Muslims in the Ain-i-Akbari (Constitutions of Akbar); and there is evidence of it having been also eaten by Buddhists. Nor, indeed, were Nikitin and his ilk aware that khichdi could no longer be thought of as a single dish. Magnified by political shifts and religious distinctions, the subtle variations of the past had resulted in a range of different regional recipes. In Mughal Bengal, for example, it was often eaten with an oil-based pickle, while in Gurarat it was cooked with cumin, turmeric and curry leaves. Least of all did the likes of Nikitin show much interest in taking khichdi back home with them. He would, in fact, have balked at the idea. Describing it as frankly ‘bad’, he evidently had no desire to eat it ever again.

The advent of British colonialism heralded a different approach. Following Clive’s victory over the Mughal Empire at the Battle of Plassey in 1757, the East India Company went from merely administering trading outposts, chiefly in coastal regions, to governing large swathes of the subcontinent for itself. This necessitated a fundamental change in attitude. Though the Company’s relationship with India became, if anything, even more exploitative, it soon discovered that, if it was to govern effectively, it could not afford to be so dismissive of Indian culture. After all, how could it expect to collect taxes, administer justice or perform any of the other tasks with which it was now burdened unless its functionaries were familiar with the customs and manners of the people? Company ‘nabobs’ began to learn Indian languages, pick up Indian habits and even develop a taste for Indian cuisine – including khichdi.

The khichdi served in their homes, however, was not the same as that eaten in the street. Rather, it was a hybrid which emerged out of the relationship between Indian cooks and the wives of Company officials. In the belief that dining remained an essential component of British identity, the latter generally insisted on adapting the recipe to their own culinary tastes. While rice remained the basis of the dish, hard-boiled eggs were added and pulses were replaced with flaked or smoked fish (which, as Hobson-Jobson, the Anglo-Indian glossary, later explained, had previously only been eaten alongside khichdi, mainly in Bengal).

Into the recipe books

The new dish found its way back to Britain, complete with a new name: kedgeree. One of the earliest recipes is found in a cookery book written by Stephana Malcolm in around 1790. Although she spent most of her life in Dumfriesshire, her family travelled widely – including to India – and it was thanks to them that kedgeree found its way into her recipe book. It was, however, a different dish again. Many of the ingredients used by the nabobs simply could not be found in Scotland. Malcolm was able to replace some of these with local produce, such as haddock. Though unknown in India, it could be bought cheaply along the quays of the Solway Firth and had the merit of being naturally flaky. But she substituted others with more exotic alternatives, which bore witness to the ever-growing reach of British commercial interests. In the absence of curry leaves, for example, Malcolm used cayenne pepper, which, despite being known in the British Isles since at least the 16th century, was still grown predominantly in South America.

After the dissolution of the East India Company and the British Crown’s assumption of direct rule in the subcontinent from 1858, kedgeree began to feature more and more regularly in recipe books ‘back home’; until, by the end of the 19th century, it had become something of a staple of British cuisine. It was, for the most part, viewed as a thrifty dish, which could be made either with inexpensive, locally caught fish or, more often, with leftovers.

But as the British Raj went from being dominated by middle-class merchant adventurers to being the preserve of British elites, kedgeree became increasingly an upper-class dish. As a result, it was frequently made with richer, more distinctively ‘British’ ingredients, such as salmon and veal. By the early 20th century, this had led to it becoming associated not only with aristocratic tastes, but also with extravagance, even decadence. In Evelyn Waugh’s Brideshead Revisited (1945), for example, Charles Ryder orders salmon kedgeree after beginning an adulterous affair on board an ocean-liner. Similarly, in his memoirs, Anthony Powell shares the amazement of a Sheffield fishmonger when Edith Sitwell attempted to buy a salmon ‘for making kedgeree’ at the height of the Second World War (‘Had the days of the Bourbons returned?’).

Since the demise of the British Empire, kedgeree has ceased to be the preserve of an imperial elite. Its ingredients have been democratised and, more typically, ‘Indian’ elements have been included (cumin, turmeric, curry powder and so on). But, like a palimpsest, beneath the surface of modern recipes can still be glimpsed the faint traces of earlier versions: some marked by curiosity, others marred by prejudice, but all eloquent testimony to the West’s long and often troubled relationship with India. 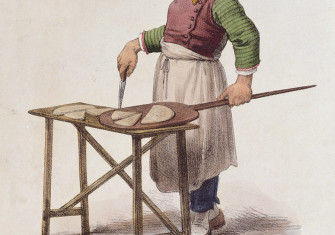