Four historians consider what the past might tell us about everyday responses to the Covid-19 pandemic. 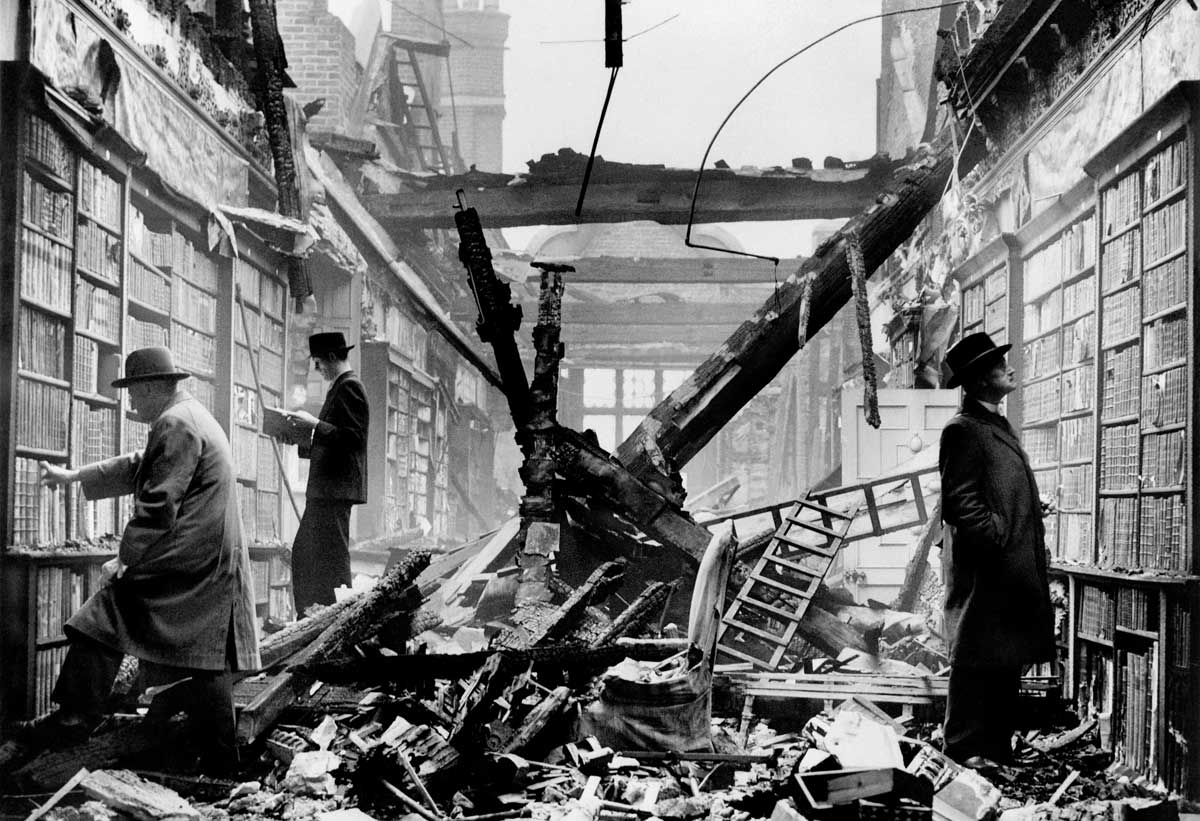 ‘Our brains may be baffled when we are living history, but in their adaptability lies our resilience’

Crises make us all ordinary because they expose our struggle to deal with sudden changes and unexpected events. Before, during and after the Second World War, Britons were faced with a series of interconnected and overlapping crises. For people at the time, it was often difficult to judge the significance of what was happening. Absorbed in everyday tasks, sometimes they simply missed what was going on. At others, they focused on the most immediate drama, even when it didn’t matter much. At the end of February 1942, for example, they were much more upset about German battlecruisers escaping through the Channel (a tactical defeat resulting from an enemy strategic failure) than about the fall of Singapore, the military disaster that exponentially accelerated the end of British imperial power in Asia. Simultaneously, the local impacts of the global could spark individual crises that went unnoticed in the global furore. A spouse taken prisoner, a daughter called up for war work, the terror of a stray stick of Luftwaffe bombs or the hurly burly arrival of GIs all caused devastating disruption for families even during apparently ‘quiet’ periods of the war.

In his 1939 poem ‘Musée des Beaux Arts’, W.H. Auden noted the way that old masters such as Pieter Bruegel the Elder caught the absurdity of ordinary life going on alongside extraordinary events – the children skating as Christ is born, or the dogs being doggy and the horse scratching himself at the Crucifixion. Yet in the era of total war, the enormous national efforts required to sustain colossal conflicts meant that everyone was affected and this apparent division became all too permeable. Auden’s ploughman, who does not turn his head as Icarus falls, would in the wartime context have felt the splash on his back from the doomed airman’s descent into the sea. Yet still he might have continued with his furrow. For all that crises are disconcerting, when they endure, habituation takes over and new normalities are asserted. Our brains may be baffled when we are living history, but in their adaptability lies our resilience.

‘As we enact physical distancing, the virtual world provides endless outlets for emoting’

Julie V. Gottlieb, Professor of Modern History at the University of Sheffield and author of ‘Guilty Women’, Foreign Policy, and Appeasement in Interwar Britain (Palgrave, 2015)

This is an issue of vital concern to governments, the media, employers and commerce, researchers and, not least, to the people themselves. Today the ‘people’, each one of us, have a voice and a reach as far as social media will take us. As we enact physical distancing, the virtual world provides endless outlets for emoting and confession rewarded by instantaneous absolution from friends and followers. Panicked as the nation is about life and health, food security, economic survival and the loss of our liberties, we are also competing for emotional resources.

Analogies with the 1930s can seem laboured; the physical and mental health fallout of an international political crisis should not be confused with the political symptoms of a global health crisis now.

What is reminiscent is the profound impact on our inner lives, as well as the drive to record and preserve the experience of the so-called man and woman on the street – or, today, the man and woman very much off the street. This was the case during the Munich Crisis of autumn 1938.

Politicians, artists and scholars have always provided insight into the personal ramifications of public events, sharing their impressions of collective feeling. But efforts were also being invested in recording the voices of the people. The collision of emerging social scientific methods, psychoanalysis and the drive to empower people with information as a means to resist fascism account for the creation of the British Institute of Public Opinion (Gallup Polling) and Mass-Observation (‘the anthropology of ourselves’) in early 1937. They reveal how ordinary people spoke about, dreamt about, understood or misunderstood living in a time of crisis, in real time rather than in retrospect. M-O’s ambition was ‘to give both ear and voice to what millions are feeling and doing under the shadow of these terrific events’. These sources revealed responses ranging from ‘crisis fatigue’ to high levels of anxiety. Today, those who wish to express themselves in more than 280 characters can again volunteer for Mass-Observation. Millions more can register their voices on social media – better described, perhaps, as Mass Self-Observation.

Thomas Dixon, Professor of History at Queen Mary University of London and Author of Weeping Britannia: Portrait of a Nation in Tears (Oxford, 2015)

In recent weeks many people have suggested that the experience of living through the Second World War provides a precedent for the current national crisis. As a historian of emotions I have taken a particular interest in the way that nostalgic notions of the Blitz Spirit and the stiff upper lip have coloured ideas about Britishness and the expression of feelings of fear and sadness, past and present. What can we learn from the experiences of the people who lived through the Second World War?

In his first speech as Prime Minister, in May 1940, Winston Churchill said he could offer the nation nothing but ‘blood, toil, tears and sweat’. Churchill made good on the ‘tears’ part of this promise on many occasions – weeping in the House of Commons, in public visits to bombed-out streets in London and in multiple private viewings of his favourite weepy movie – Alexander Korda’s That Hamilton Woman, about the descent into alcoholic penury of Admiral Nelson’s mistress.

But how did ordinary people express their emotions during the Blitz? Some of the documents held in the Mass-Observation Archive, started in 1937, are especially poignant. One 1940 record describes a middle-class woman, aged about 40, who lived in a street where houses had recently been destroyed in an air raid. She would grow nervous and agitated as it grew dark each day, trembling and repeatedly running upstairs to the lavatory. Finally, when the air-raid warning sounded, ‘she urinated on the spot and burst into tears’.

In 1941, a London clergyman wrote about the funeral processions of civil defence workers, Home Guards, airmen, women and children, that wound through the streets, with weeping families following them. These were tough, working people, he wrote: ‘They do not cry easily, these people. Sorrow and grief and suffering are nothing new to them. They are hard people, more accustomed to curse than to cry.’ But the ‘terror of death is over them all and there is nothing left but tears’.

The tears and fears of our ancestors who lived through the Blitz are one part of the cultural ancestry of the emotions of our own time.

‘People questioned the motives of elites who benefited from the crises’

Caroline Boswell, Associate Professor of History at the University of Wisconsin, Green Bay and author of Disaffection and Everyday Life in Interregnum England (Boydell Press, 2017)

How ordinary people responded to Britain’s mid 17th-century crisis was complex and dependent on their personal values, identities and experiences. Debates over political authority and legitimacy mapped onto local struggles for power that pitted custom against encroaching policies and the practices of local landowners. ‘Ordinary’ contests over customary rights to common lands and resources became political flashpoints, where the legitimacy of monarchical or republican rule was debated in communities and the press. People questioned the motives of elites who benefited from the crises, be they aggrandising politicians, such as Sir Arthur Hesilrige, or new tax collectors who confiscated goods from those who failed to pay. Through direct action and printed polemic, individuals and communities could reject those who violated customary rights or exercised dubious authority for self-gain.

The relationship between national politics and personal values tightened as cultural clashes reached new heights. The decision to engage in the practice of drinking a health – to the Stuarts, Parliament or Oliver Cromwell – could turn into a hot-button issue in communities where allegiances were divided and clashes over customary practices intertwined with the politics of civil war. Loyalty to the republic or the king could be interpreted as disloyalty to one’s fellow tipplers. Regulating behaviour became a heightened form of political agency, as men and women who policed their neighbours described those who failed to conform as politically disaffected.

The responses of ordinary people to the mid 17th-century crises informed wider debates over good government. Men and women looked to local and national leaders for direction during moments of crisis, but were ready to exercise authority when policies were either lacking or in conflict with communal and personal values. While some popular responses to the crisis promoted the rights of England’s vulnerable, others provoked violence against those who came to represent general anxieties over unfettered change. Personal reactions to crises continue to have national implications. 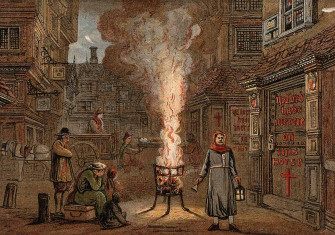 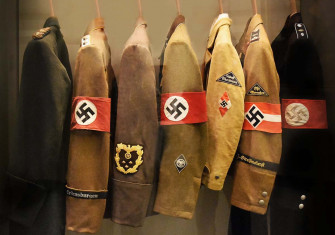