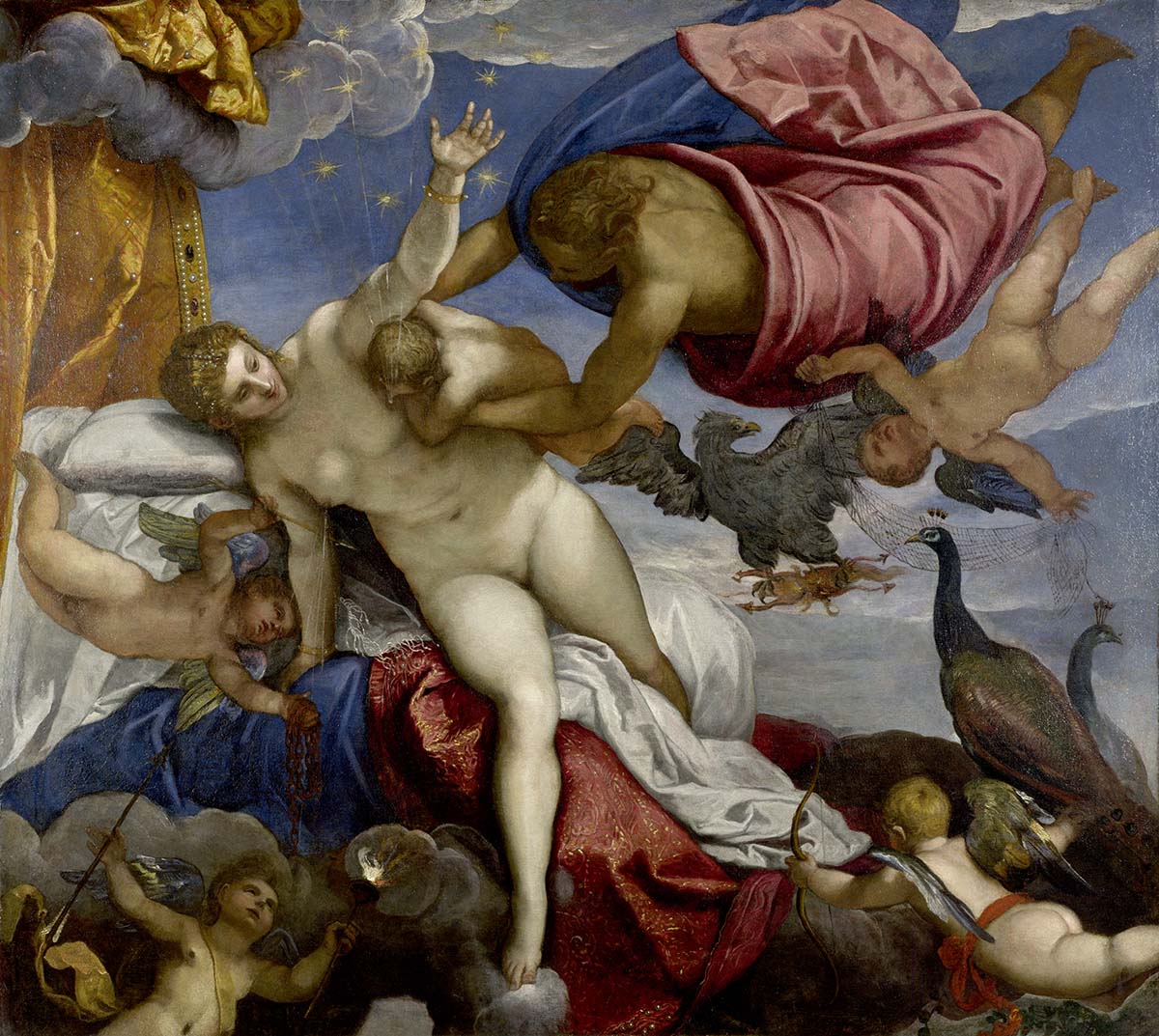 A deceived god has a creative outburst.

A circle of stars – the Milky Way – forms from the milk expressed from the left breast of Juno, the daughter of Saturn, wife of Jupiter and mother of Mars, Vulcan, Bellona and Juventus. The milk from her right breast flows earthward. The infant Hercules, the offspring of an illicit relationship between Jupiter and the mortal Alcmene, is carried by Mercury but angrily rejected by Juno. Jupiter’s sons can only enter heaven if they drink Juno’s milk. As the protector of legally married women, Juno is having nothing to do with an illegitimate child. The peacock, identified with Juno, is connected to an eagle, the animal of Jupiter, by a web, symbolising deceit.

Like Jupiter and Minerva, the goddess of Wisdom, Juno is one of the oldest gods in the Roman pantheon. This holy trinity is rooted in the Etruscan Tini, Uni and Menera. It is said that Juno’s geese gave warning to the general Manlius Capitolinus of Gaul’s attempt on Rome in 390 BC. The protector of communities, Juno’s main temple was on the Arx, on the north of the Capitoline Hill, near Rome’s main mint: the word ‘money’ is derived from one of Juno’s many titles, Moneta, meaning ‘moon goddess’. The main festival in Juno’s honour, Matronalia, took place on 1 March and celebrated the awakening of the natural world, as well as her eldest son, Mars, the god of War. In Virgil’s Aeneid, the epic poem of Rome’s founding, Carthage is described as Juno’s ‘favourite dwelling’, her fervent wish that it should be ‘the metropolis of all nations’.

This spectacularly colourful painting by the Venetian artist Tintoretto is a typically ambitious composition created for Emperor Rudolph II’s Prague Castle; the Habsburgs regarded Hercules as an ancestor. Rather than classical texts, Tintoretto seems to have based his visual narrative on a 10th-century Byzantine collection of writings on agriculture, which had been published in Italian translation in the 1530s. Painted in the late 1570s, it is now one of the glories of London’s National Gallery. 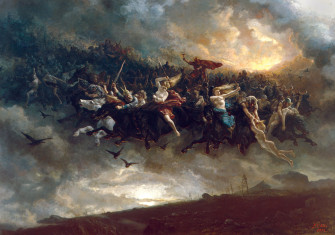 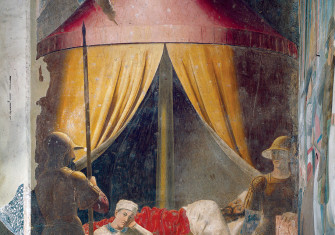