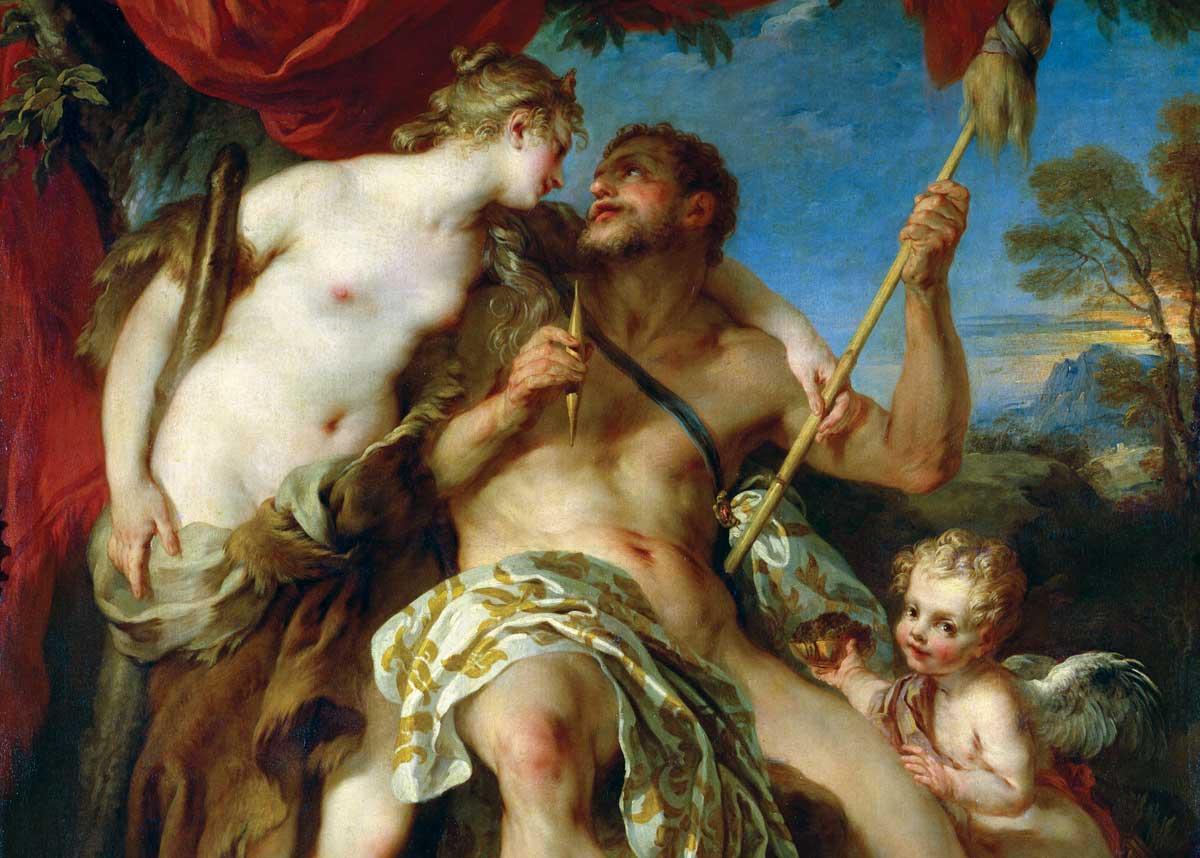 Hercules, or Heracles to the Greeks, is covered with due modesty in the silk robes of Omphale, Queen of Lydia. She, in turn, is draped in the skin of the Nemean Lion, a fearsome creature killed by Hercules in the first of his 12 Labours. It is an act of cross-dressing illustrative of the pair’s unusual relationship.

Having completed his Labours, Hercules headed to Oechalia, whose king, Eurytus, was holding an archery competition for which the prize was his daughter Iole. Ironically, Eurytus had taught the young Hercules how to handle a bow. As the competition proceeded and it became clear that Hercules would win, Eurytus withdrew his prize. Hercules had murdered his wife Megara and their children, and Eurytus feared that the same fate would befall Iole.

Eurytus’ son Iphitos, friend of Hercules since their days as Argonauts, begged his father to reconsider. Meanwhile, Iphitos asked Hercules to help him track down a notorious horse thief, Autolycus, which he agreed to do. But, in another of his murderous rages, Hercules threw Iphitos over the walls of the city of Tiryns.

The penalty for his deed, decided upon by the Delphic Oracle Xenochlea, was for him to be slave for a year to the widowed Omphale.

Humiliation lay in store for this most masculine of heroes: he was forced to wear women’s clothing and assist Omphale and her maidens in spinning. But he was also allowed to demonstrate his more traditional virtues, such as his capture of the mischievous forest-dwelling brothers, known as the Cercopes.

Eventually, Omphale set him free and married him. They travelled together to the grove of Dionysus, god of wine and ecstasy, where they would celebrate his rites at dawn.

The cross-dressing depicted in Lemoyne’s painting would cause comical complications. Hercules was in bed alone, covered by his wife’s clothing, when Pan, the god of the wild and impromptu, intent on seducing Omphale, entered Hercules’ bed in a case of mistaken identity. Given Hercules’ history of capricious rages, Pan got off lightly: Hercules threw the imposter to the floor, laughing out loud. Judging by Lemoyne’s image, the couple’s ‘Dionysian rites’ proceeded unaffected. 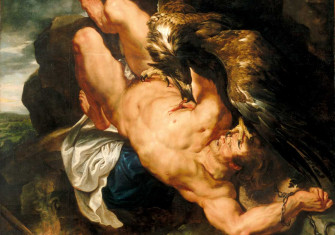 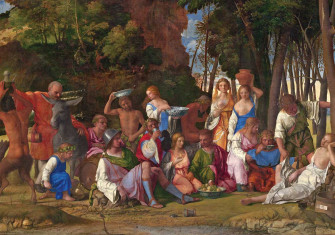