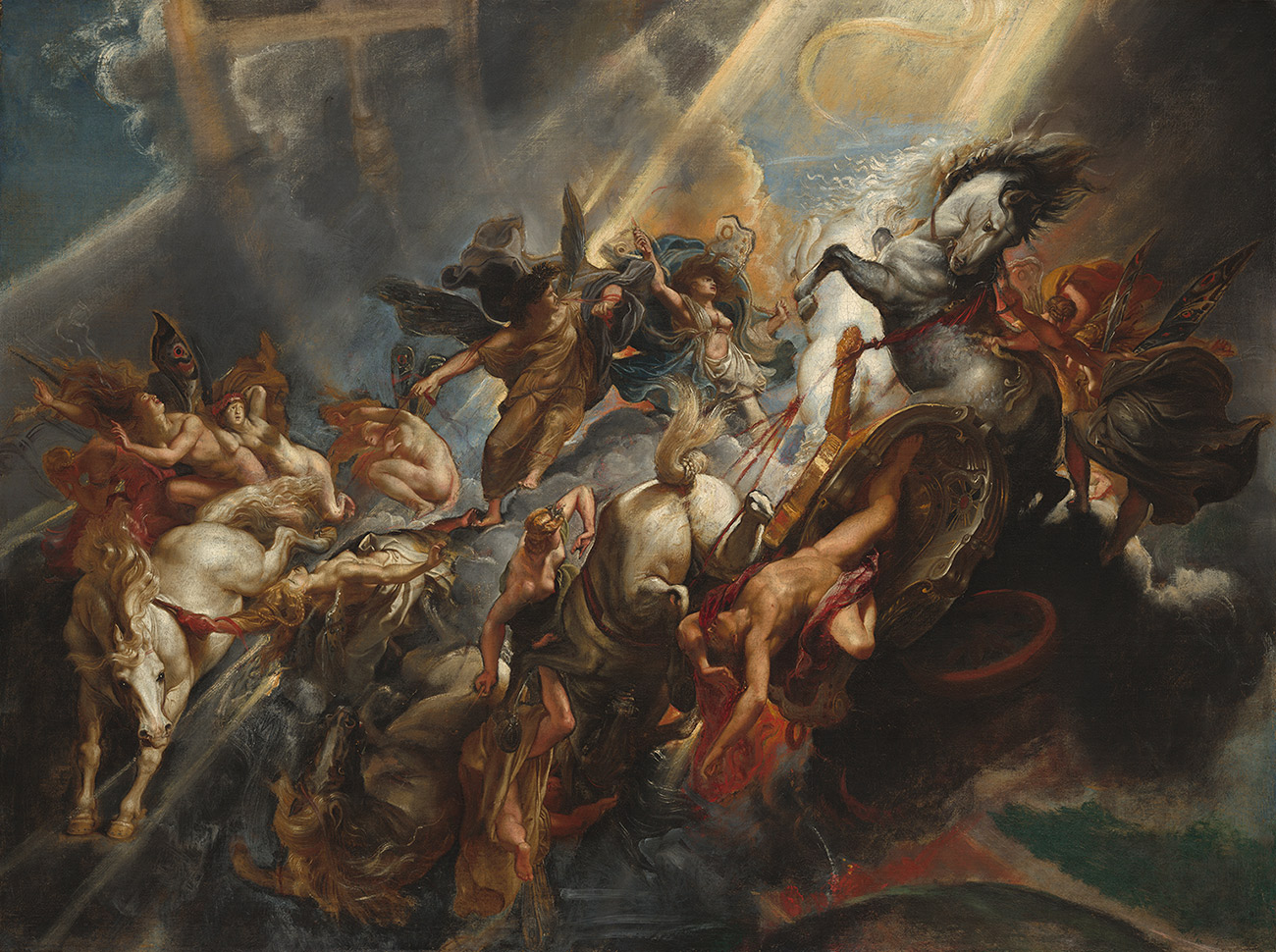 The Fall of Phaeton by Peter Paul Rubens, 1605, now in the National Gallery of Art, Washington DC. (akg-images)

Phaeton (or Phaethon, the ‘shining one’) was the son of a water nymph, Clymene, and, allegedly, the sun god Helios. In order to confirm that he really was his father, Helios promised by the river Styx to grant Phaeton any wish. Phaeton asked to drive the sun god’s chariot. According to Ovid’s Metamorphoses, Helios tried to dissuade him, warning his son that not even Jupiter (Zeus), king of the gods, could control the fiercely hot chariot pulled by fire-breathing horses. But Phaeton was adamant in his demands and Helios finally granted him his wish.

When Phaeton stepped into the chariot, the horses, used to the great weight of the sun god, thought it empty. Confused, they reared and Phaeton lost control. The horses, driven wild, scorched the earth, reducing Africa to a desert. Mother Earth, in danger of burning up, appealed in desperation to Zeus for help. In order to preserve her, Zeus struck the chariot with a thunderbolt.

Revealing the influence of Michelangelo and Tintoretto, Rubens depicts Phaeton falling from the chariot, his hair on fire, mirroring a blazing earth, which terrifies the deities of the seasons portrayed on the left of the painting.

The epitaph of the fallen Phaeton reads: ‘Here Phaeton lies who in the sun god’s chariot fared. And though greatly he failed, more greatly he dared.’

This myth of youthful courage and tragedy is referenced in four of Shakespeare’s dramas: Richard II, Romeo and Juliet, Two Gentlemen of Verona and Henry VI. It has inspired a number of composers, including Jean-Baptiste Lully, Camille Saint-Saëns, Paul Hindemith and Benjamin Britten. In 2002, Volkswagen took the interesting decision to name a car after Phaeton, in an attempt to compete in the luxury market dominated by its rivals Mercedes and BMW. It was not the success that Volkswagen hoped for. 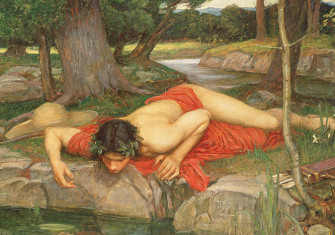 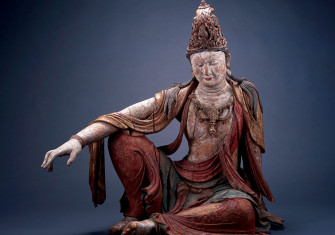